Ontario will require health-care workers to self-isolate for 14 days after returning from international travels – a new directive issued in reaction to concerns that doctors, nurses and other staffers were told to work right after being overseas, raising the risk they would spread COVID-19.

The decision was announced on the same day officials confirmed that a staffer at Woodstock General Hospital who returned to work after an international trip was now a confirmed COVID-19 case.

“We knew that there are many people who are concerned about this. We need to apply the best scientific practice,” Health Minister Christine Elliott said Wednesday.

“You can’t have a separate category for health-care workers.”

The minister said the issue came up at the Command Table, the panel providing strategic direction to the province’s handling of the coronavirus pandemic.

“Different hospitals have done different things. So there’s a sense from the Command Table we need to put out a communication that will ask everybody to follow the same process,” said Ontario’s Chief Medical Officer of Health, David Williams.

The Woodstock employee acquired the illness while in Mexico, Brant County Health Unit said in a statement. She returned to Canada on March 8 and went to work the next day. She alerted the authorities on March 13 that she had developed symptoms.

Patients and physicians elsewhere had raised alarms at what they considered mixed messages from the province.

Melanie Smith had complained to Toronto’s Bridgepoint Active Healthcare hospital this week after her 74-year-old mother was treated by a physiotherapist who had returned from Europe a day earlier.

“I was shocked at how cavalier their attitude was,” Ms. Smith said.

Sinai Health (which oversees Bridgepoint, as well as Mount Sinai Hospital), when reached by The Globe on Wednesday, pointed to a statement issued last week by Dr. Williams, which recommended that employees providing essential services who had been outside Canada were to return to work if they had no symptoms such as cough, runny nose, sore throat or fever.

“We are following these directives,” the hospital said.

It was less than an hour later that Ms. Elliott issued the provincewide directive. Ms. Smith said she was pleased by the announcement – but had lingering concerns about the hospital’s previous protocol. “I’m glad to see that action. But what about the people who have already [potentially] been exposed?”

Sohail Gandhi, president of the Ontario Medical Association, commended Ms. Elliott’s decision. He said the previous directives were based on past policies allowing hospitals to call back staff in case of an emergency.

“But those policies were generally based on the thought that there was a local situation going on, as opposed to an international one," Dr. Gandhi said. "This is a pandemic, and I don’t think it’s appropriate to apply a policy based on a local situation.”​

Speaking to The Globe on Tuesday before the minister’s announcement, Blair Bigham, an emergency doctor in Hamilton, said there had not been a clear policy directive. “We’re hearing different things at hospitals, even within departments,” he said. “Hospitals are developing their own policies on the fly.”

Many doctors work in more than one hospital, Dr. Bigham added. “It’s been very confusing.”

An internal memo issued to Toronto’s University Health Network medical residents, for example, stated that those returning from international travel should follow the provincial guidelines for essential health-care workers, meaning no quarantine period but only monitoring for symptoms.

There have been similar concerns in British Columbia, where health-care workers who had travelled outside of Canada were told they didn’t have to self-isolate unless they have been to Italy, Iran or Hubei province in China.

Other provinces have been more restrictive.

In Alberta, doctors have been told they have to self-isolate for 14 days if they return from overseas, even if that “added stress on the physicians remaining to provide coverage,” according to a memo by the province’s associate chief medical officer, Rollie Nichol.

Quebec has even broader restrictions, requiring a mandatory two-week isolation for all public service employees, health-care, and private and public education and daycare workers who returned from abroad after March 12.

With reports from Kelly Grant, Carly Weeks and Jeff Gray 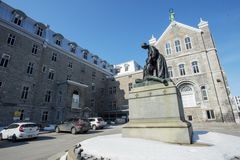 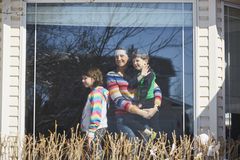 Follow Molly Hayes and Tu Thanh Ha on Twitter @MollyHayes @TuThanhHa
Report an error Editorial code of conduct
Due to technical reasons, we have temporarily removed commenting from our articles. We hope to have this fixed soon. Thank you for your patience. If you are looking to give feedback on our new site, please send it along to feedback@globeandmail.com. If you want to write a letter to the editor, please forward to letters@globeandmail.com.
Comments