A controversial decision by the Ontario government to scrap the sex-education curriculum before a new one is in place has left school boards in limbo with just weeks to go before students return to classes.

The newly elected Progressive Conservative government has said students will continue to learn the “2014 curriculum,” which is in fact a document last updated in 1998, until parents across the province have had a chance to weigh in on a new version.

The Ontario Public School Boards’ Association said they have yet to receive any direction from the Tory government on the issue.

“Pretty much what you’ve seen on TV or in print, that’s what we know,” said association president Cathy Abraham. “Boards have not been advised of anything by way of official notice from the Ministry (of Education) about what’s going to happen in the fall.”

Earlier this week, Ford said that reverting to the older version of the lesson plan would only be temporary until the completion of a provincewide consultation with parents. His comments followed conflicting messages from Education Minister Lisa Thompson, who told reporters Monday that only a portion of the curriculum would be rolled back, only to say hours later that the full document would be scrapped.

Thompson has not answered questions from the media since Monday, but a spokesman said school boards will receive instructions on the curriculum in the coming weeks.

Abraham said the government’s decision raises a number of logistical questions which need to be answered.

During a typical curriculum revision, she said, the government spends months preparing and provides teachers with training so they can adequately teach the material to their students. If the government intends to update the material in some way, even as just a temporary measure to bridge the content gap between the 1998 version and the 2015 update, that will take time as well, she said.

There will also be teachers who have simply never taught the material who will have to be brought up to speed, she added.

“If you are a brand new teacher you do not know what is in that old curriculum,” she said. “That is going to be a challenge.”

Abraham also took issue with the Tory government referring to the 1998 curriculum as a 2014 lesson plan.

Regardless of the government’s decision, Abraham said teachers will be there for their students.

“I know that if a student shows up in class some day with a particularly troubling story about something and it’s an opportunity for a teacher to talk about consent, that teacher is not going to say ‘I would talk to you about this but it’s not in the 1998 curriculum,“’ she said. “Teachers are going to take care of their kids while still recognizing that that’s not in the curriculum. That is a significant challenge.”

Laura Elliott, education director for the Thames Valley District School Board in London, Ont., also expressed concern about the lack of instructions from the government. At a very basic level, she said, the ministry should post the 1998 curriculum online soon so that teachers can have access to it.

“Typically, when there is a new curriculum, there are some resources...for school boards to support our teachers in the instructional matter,” she added. “I’m not sure if the runway will allow for that.”

The Toronto District School Board said the government is putting school boards in a difficult position by asking them to teach an outdated document that may not fulfil the boards’ obligations under more contemporary pieces of legislation.

“We are obligated, regardless of what the topic is, to teach the Ontario curriculum,” said board chair Robin Pilkey. But we also have an obligation to our students, she added.

“We have other things that we’re guided by like the Education Act and Human Rights Code to make sure that all of our students feel included in school and that we reflect their reality in their classrooms.”

Pilkey said once the board receives further instruction from the government, it will have to sit down with its own curriculum leaders to see how it can address the differences between the 1998 curriculum and the 2015 update.

“How they meet these other questions other people have raised about consent, cyber safety, gender roles, all of those kinds of things that were not in the previous curriculum, until we are provided with answers to that, it’s very hard to say at this point exactly how it will be taught,” she said.

Pilkey also urged parents to speak up during the consultations the government has promised to hold. 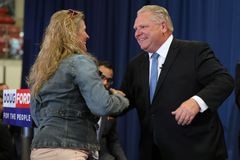 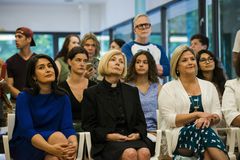