School principals in Ontario are asking the provincial government to delay a change to its autism program, worried that the shift will bring children with complex needs into classrooms full-time without proper supports.

In a letter sent to Education Minister Lisa Thompson, the heads of three principals’ organizations – the Ontario Principals’ Council (OPC), the Catholic Principals’ Council of Ontario (CPCO) and Association des directions et des directions adjointes des écoles franco-ontariennes (ADFO) – said their members have been fielding calls and e-mails from anxious parents about how their children will be supported.

A change to the program that comes into effect on April 1 will mean that families who currently receive full funding for intensive therapy in private or community-based settings will receive only a fraction of that financial support, and their children will have less access to services. The Progressive Conservative government will allocate funds based on age and household income, and said the change would spread the resources among all families and clear the waiting list of 23,000.

Many of the children receiving intensive therapy under the current system attend school two days a week, for example, or half-days. The organizations say the cuts will force parents to put their children in school more frequently, or even full-time.

Information has been limited, the organizations wrote in their letter on Friday, and “the education community needs direction on these critical issues before the changes take effect so that we can ensure we have the necessary resources to provide a safe, appropriate, meaningful, engaging and well-supervised learning environment in every school.”

They added: "If the necessary resources are not or will not be available by April 1, then we urge the government to delay the implementation of this decision until it can ensure that schools will be able to meet their legislative responsibilities for all students."

Jennifer Yust, president of CPCO, said in an interview on Monday that the change to the autism program, announced on Feb. 6, “caught all of us a little bit off guard.”

“We have three months left in the school year, and we don’t have personnel in place for [the students who will attend full-time],” she said. “We’re asking for more information and how we look at making this transition successful for these students.”

Larry O’Malley, president of the OPC, said one of his members told him a student who attends school one half-day a week will transition to five days a week in April, and it is not known if there will be the government funds for staffing supports.

“They [the principals] aren’t sure what it’s going to look like,” Mr. O’Malley said. “Are there going to be additional resources to support these students who are returning on a full-time basis?”

Ms. Thompson told reporters at Queen’s Park on Monday that her office is working alongside the Ministry of Children, Community and Social Services, and will share more details shortly.

“As we move forward, the parents of children with autism and our school boards and our principals will be well advised in terms of the steps we’re taking,” she said.

Doug Ford’s government has faced criticism from many parents and autism advocates over the autism program. Several school districts, too, are wondering how they will manage and are writing to Ms. Thompson to express their worries about whether they will have enough staff to manage these students with high needs.

At the same time as the concerns are being raised, the province’s deputy minister of education sent a memo to school districts late on Thursday asking them to exercise caution about hiring teachers for the fall ahead of expected changes to primary class sizes.

NDP Leader Andrea Horwath called the government irresponsible for not letting school boards and parents know how the students will be supported.

With a report from Laura Stone. 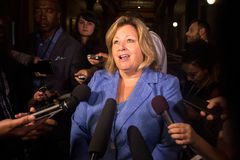 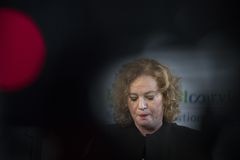 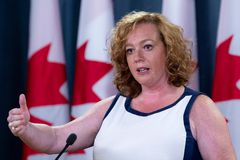