The Ontario government will spend $20-million to increase access to publicly funded talk therapy, the latest signal that provinces are recognizing the growing need for free access to an effective treatment for mental illness.

The province is rolling out a new program – the first of its kind in Canada – designed to deliver free cognitive behaviour therapy (CBT), online, by phone and in person to individuals, families and youth age 10 and up, depending on their need.

The initial investment will be primarily used to expand four existing psychotherapy pilot projects operating in the province. A component of the program in which people will use self-directed manuals and receive telephone support from a therapist will launch this spring. A pilot for children and youth is slated to begin in the winter of 2021.

The case for publicly funded therapy

Psychotherapy is a recommended first step in treating the most common mental-health conditions, depression and anxiety, but many people have to pay out of pocket since publicly funded therapy has been in short supply, and waiting lists are often long.

Across the country, other provinces have been investing in new ways to deliver talk therapy – including online programs, and funding for community counselling sites. In December, for example, Quebec announced new pilot sites for its $35-million-a-year psychotherapy project.

Ontario’s new program – the centrepiece of the province’s mental-health and addiction strategy to be announced Tuesday – will be a smaller-scale version of a groundbreaking $600-million-a-year public psychotherapy program in England. That program now delivers therapy to half a million people a year.

The Ontario program aims to provide talk therapy to 80,000 people a year when it has been fully implemented over the next several years. The money will come from the $3.8-billion already announced by the Ontario government for mental-health and addiction services over the next ten years.

As in England, the Ontario program, called Mindability, will deliver cognitive-behaviour therapy, a structured evidence-based treatment that focuses on changing unhealthy thoughts and behaviours, and can be effectively delivered in relatively quick doses. People can be referred by their doctors, or will be able to self-refer. The province will begin phasing in a one-stop 8-1-1 number for some mental-health services by the end of the year.

The program is intended for people with anxiety, depression, PTSD and OCD, and will include people also struggling with addictions. Patients will be screened by a mental-health clinician to determine what level of services they receive – what’s known as a stepped-care approach. Someone with more mild depression may be referred to an online CBT course, for example, while a person in higher distress would receive face-to-face talk therapy, either in a group setting or up to 15 individual sessions for most cases.

A unique component of the program is that, as in England, patient outcomes will be measured at every session, to help inform therapists to “step up” care when needed, and for the system as a whole to track how well it’s working.

The hospitals served as hubs, training and overseeing counsellors to deliver CBT at dozens of community locations. To date, 5,000 people have received talk therapy. The program has data on 1,500 patients, which according to government officials, show a recovery rate of 40 per cent. While that is still a small sample, it’s not far from the 50 per cent recovery rate now reported by the English program – the goal first set when Improving Access to Psychological Therapies, or IAPT, was created there in 2008.

The IAPT program has been touted by many experts, both in Canada and abroad, as a model for how to deliver talk therapy in a public system. The program now screens a million people a year, with half receiving some form of therapy, delivered by 10,500 therapists, many newly trained to deliver CBT.

The English system has not grown without criticism, including for focusing on one kind of therapy, instead of allowing therapists more flexibility – in response, other types of talk therapy have been slowly added in recent years. Patient choice, burnout of clinicians, and waiting times have been additional challenges to the program.

Training enough therapists in CBT was also a huge undertaking in England – a task likely to be daunting in Ontario as well, where the mental-health work force is already overwhelmed by rising demand. Ontario plans to rely on clinicians currently working in the public system, and says it will invest in CBT training for additional counsellors.

Another issue has been ensuring that people in the program also get access to social services, such as housing supports and employment counselling, which are often key contributors to mental illness. For its part, the Ontario government plans to pilot a program that will deliver CBT to people on social assistance, who often have an ever harder time getting therapy. 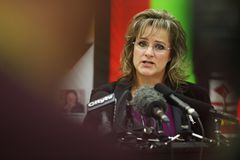 The case for publicly funded therapy
May 22, 2015
Follow Erin Anderssen on Twitter @ErinAnderssen
Report an error Editorial code of conduct
Due to technical reasons, we have temporarily removed commenting from our articles. We hope to have this fixed soon. Thank you for your patience. If you are looking to give feedback on our new site, please send it along to feedback@globeandmail.com. If you want to write a letter to the editor, please forward to letters@globeandmail.com.
Comments