The number of Ontario teens seeking help for self-harm at emergency departments has doubled in a decade, and a study published Monday revealed a troubling pattern for these young patients: They have significantly higher rates of hospitalizations, death and suicide, when compared with teens visiting the ED for other reasons.

According to the paper in the Canadian Medical Association Journal, the teenagers who self-harmed were eight times more likely to die by suicide, and three times more likely to die of any cause within five years. These risk factors, as well as significantly higher rates of serious mental illness, show the need for timely follow-up care after emergency department visits, the authors said.

There has been an alarming rise of self-harm by teenagers in countries around the world, including Canada, with some experts suggesting that social media may be contributing to the problem. Last week, the photo-sharing app Instagram announced that it was stepping up efforts to scrub images of self harm from its users’ feeds.

The study matched two groups of nearly 6,000 teens between the ages of 13 and 17 who visited an emergency department between 2011 and 2013, and then compared their outcomes over five years. Teens who had self-harmed were also five times more likely to have repeat emergency-department visits or hospitalizations, and cost, on average, $11,000 more in health-care bills than the other teen group.

The findings are part of a global trend that has researchers wrestling to answer why the behaviour is increasing, and health-care systems are struggling to cope with demand when there is already a traffic jam at the emergency department front door. England, the United States and Australia have also reported increases in self-harm among teenagers, as well as a rising number of hospital visits for mental health in general, especially among girls. The rising prevalence of self-harm corresponds with increasing rates of self-reported stress and anxiety by young people around the world.

Among those who self-harm, it’s hard for doctors to predict those most at risk of suicide, a problem scientists and computer algorithms are urgently trying to solve. An act such as cutting can be a symptom of a serious mental illness, and many teens who self-harm also report suicidal thoughts. But self-harm is often not about wanting to die, but trying to cope with internal emotions or stressful situations such as bullying or family conflict.

For instance, in the Ontario statistics, 1 per cent of teens in the self-harm group died from suicide within five years – a small number to identify in a growing crowd of young patients.

The current woes of the mental-health care system, short on money and staff, also don’t help when it comes to screening for suicide risk or prioritizing help to those most in need, says William Gardner, a child psychologist and senior researcher at the Children’s Hospital of Eastern Ontario, and the lead author of the Ontario paper. An already rushed emergency room doctor may not have the full story of the patient to make a proper risk assessment since information is not easily transferred between school, family physicians, community health clinics and hospitals. A shortage of mental-health services in the community means teenagers may be bandaged up and sent home without a treatment plan.

Both Britain and Germany, for example, identify talk therapy as a first-line treatment for self-harm. But in Canada, waitlists for publicly funded therapy are often long, and private care is expensive – a particular problem, given new research suggesting that self-harm may be more common among teens in poorer neighbourhoods. While the recent Ontario paper didn’t include those demographics, Dr. Gardner does note that the rates of self-harm began to rise around 2009, during the Great Recession.

Social media may also be a catalyst. A public outcry after the 2017 suicide of a young British teen who had viewed self-harm images on Instagram eventually prompted the site to remove or censors photos related to scars, cutting or other imagery. Last week, Adam Mosseri, the head of Instagram, announced it would also censor sketches and cartoons related to self-harm. Although two recent studies, in both Canada and the United States, that tracked teenagers over time, challenged the notion that the amount of time spent on social media causes mental-health issues on its own, research has found that how and where vulnerable youth spend their time online may put them at greater risk.

The move last week by Instagram, welcomed by mental-health experts, has also been criticized by young people who want to discuss healing and recovery online. In August, on the second anniversary since she stopped cutting, Ottawa teenager Emily Pierce proudly posted a smiling picture to Instagram. She is posing in a t-shirt in the sun, her healed scars faint, but showing. Instagram removed it. When Ms Pierce, 17, complained, the site restored the image with a warning, attaching limitations on who could view it.

“It made me angry,” she says. “I am not ashamed of my body.” At the same time, she understands that activity on the site has to be policed – it was a search on Instagram that first led Ms. Pierce to a “self-harm community” when she was 12, and struggling with suicidal thoughts after being bullied at school and family stress at home. That was the start, she says, of more than a dozen emergency-department visits and several hospitalizations for cutting and suicidal thoughts over the next year.

“It became an addiction,” she says. Her health-care experiences were mixed – one doctor dismissed her as a whiny teenager; others listened for story behind the scars on her arms and face. But by not stepping in early, she warns, the health-care system sends a dangerous message to teenagers – "that you have to be really bad to get help.”

As Dr. Goldner says, there is no single answer to a complicated health problem such as self-harm – scrubbing Instagram of anniversary photos won’t prevent the mental-health symptoms that makes a young girl turn to self-harm, won’t help the kids who turn up at crowded, understaffed emergency, won’t ease wait times for treatment in short supply.

One place to look for solutions may be Denmark, where, according to a new study published in October, self-harm among youth has fallen since 2008. Looking for explanations, the authors pointed to the country’s network of suicide treatment centres, restrictions on the sale of painkillers and a strong social-welfare state that helped families weather economic downturn.

The Danish story, Dr. Gardner says, points to the need for both individual and population-wide solutions. “There is something in society that is driving increased rates of ED visits, and we should be trying to figure it out." 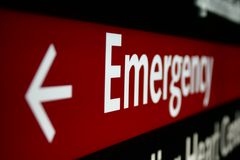 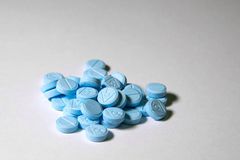 Positive reinforcement: A new program for teens that is rooted in neuroscience
September 13, 2019 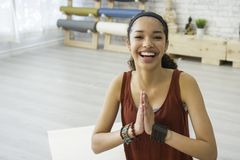