The Ontario government is moving to ban most flavoured vaping products from convenience stores and gas stations and cap nicotine levels in a bid to prevent young people from using e-cigarettes.

The new rules won’t apply to specialty adult-only vape shops, which require proof of age to make a purchase, and sell only vaping products. Those stores will still be able to sell a variety of flavoured products and e-cigarettes with higher nicotine content.

Governments across Canada are wrestling with how to address youth vaping rates, which have soared in recent years. In December, the federal government announced it would ban most forms of e-cigarette advertising that young people could see, including on social media, and it has promised new flavour restrictions this year. The government has also suggested it might cap nicotine levels in vaping products.

Under the current federal law, companies cannot promote e-cigarette flavours that could appeal to youth, such as candy, dessert or soft drink flavours.

Health Canada recently singled out specialty vape shops as having “unacceptable” levels of non-compliance for federal vaping laws. In a December letter to retailers, the department said more than 80 per cent of specialty vape shops that inspectors visited last year were selling and promoting products in violation of federal law. The most common infractions were promoting flavours that appeal to young people and using testimonials or endorsements in product promotions. Under the law, testimonials or endorsements refers to using people, characters or animals in ads.

Only two other provinces – Nova Scotia and PEI – have moved forward with flavour bans. As of April 1, no retailer in Nova Scotia will be permitted to sell any flavoured vaping product other than tobacco or unflavoured e-cigarettes. Specialty adult-only stores will not be exempt. PEI is in the midst of consultations on vaping restrictions, and the province’s Health Minister has promised to ban flavoured products in the coming months.

Travis Kann, a spokesman for Ms. Elliott, said the province is finalizing its new policies, and will “take a balanced approach that keeps Ontario children and youth safe while also avoiding fuelling an underground market for unsafe vapour products.”

Under Ontario’s plan, convenience stores and gas stations would no longer be permitted to sell any flavoured e-cigarettes, with the exception of tobacco and menthol. The government also wants to limit the nicotine content of any vaping product sold by those retailers to 20 milligrams a millilitre, which is the same level the B.C. government has proposed.

Some vaping products now on the market come with nicotine concentrations as high as 59 milligrams a millilitre.

Ontario’s proposed changes would affect the big-name e-cigarette brands that sell primarily in convenience stores, such as Juul and Vype. Both companies sell single-use e-cigarette pods that come in flavours such as cucumber, mango, strawberry and vanilla. Earlier this month, Juul Labs Canada announced it would temporarily halt production of all of its e-cigarette flavours in Canada except mint and tobacco. The company said it would sell its existing stock of flavours, and manufacture no more until the federal government announces its new rules.

But Dave Bryans, chief executive officer of the Ontario Convenience Stores Association, said the changes put the interests of specialty vape shops before those of convenience-store retailers. Mr. Bryans said he had a meeting with Ms. Elliott recently in which the association asked the province to adopt industry-wide restrictions such as banning the display of vaping products in all retail environments instead of restricting flavours.

“My fear is that the government’s not taking its time in understanding this,” Mr. Bryans said.

Rob Cunningham, senior policy analyst with the Canadian Cancer Society, said restricting where flavoured e-cigarettes are sold could help reduce access and make laws easier to enforce. But he added that it would be better if Ontario applied its proposed new rules to the entire industry.

“What Ontario’s doing could be further strengthened with comprehensive restrictions on flavours for all stores, as well as nicotine levels,” Mr. Cunningham said. 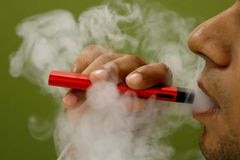 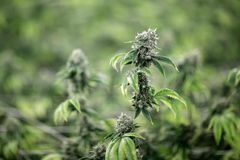