The Ontario government will follow through on its Supreme Court challenge of the federal carbon tax, even after Premier Doug Ford said he would “respect democracy” after the election.

Ontario Environment Minister Jeff Yurek said Thursday that despite the Liberals’ re-election to a minority government, the province will plow ahead with its legal battle.

“We made a commitment to the people of this province to ensure that life is more affordable, that we would fight the carbon tax. And that is what we’re going to do until the end," Mr. Yurek told reporters at Queen’s Park.

In the aftermath of this week’s federal election, in which the Liberals captured two-thirds of the seats in Ontario, there were questions as to whether Mr. Ford’s government would still pursue its court case. In New Brunswick, where six Liberals and a Green MP were elected, Premier Blaine Higgs said he would reconsider whether to institute his own provincial carbon-pricing scheme.

In April, the federal Liberal government imposed a carbon levy in four provinces – Ontario, Saskatchewan, Manitoba and New Brunswick – whose governments opted not to put in place their own price on greenhouse gas emissions. Ottawa plans to impose the federal carbon tax on Alberta starting Jan. 1.

Ontario, Saskatchewan and Alberta launched constitutional challenges against the federal tax, and Manitoba has also taken the matter to federal court.

Mr. Ford had previously suggested that his Progressive Conservative government would end its carbon-tax challenge if Justin Trudeau’s Liberals won the federal election, saying the carbon tax would ultimately be decided at the ballot box, not by the courts. Mr. Ford said he would be consulting with his cabinet after the election.

“Once the people decide, I believe in democracy, I respect democracy, we move on. The people will have the opportunity, not the courts," Mr. Ford said in August.

But the Premier, who has not held a news conference at Queen’s Park in two months, again attacked the carbon-pricing plan during a closed-door speech this week. Ontario also requires gas stations to display stickers opposing the federal carbon-pricing plan.

A spokeswoman for federal Environment Minister Catherine McKenna said the federal plan, which comes with a tax rebate, means the majority of families are better off.

“We are confident in our approach and though our preference is not to resolve conflicts with provinces in court, we will defend the protection of the environment,” spokeswoman Sabrina Kim in an e-mail.

Both Ontario and Saskatchewan lost their challenges in lower courts, which upheld the federal government’s carbon price as constitutional. Both appealed to the Supreme Court of Canada.

Mr. Yurek could not say Thursday how much his government has spent so far on fighting the carbon tax. The Ontario government has set aside $30-million to challenge the tax in court.

Alberta’s court case is set to be heard in that province’s appeal court in December. The Saskatchewan and Ontario Supreme Court cases are scheduled to be heard on March 17 and 18, respectively.

The day after Monday’s federal election, Alberta Premier Jason Kenney made it clear the province’s case was proceeding and that he hoped it would be finished in time to join Saskatchewan and Ontario at the Supreme Court.

“Our first effort was to get a democratic decision from Canadians – that didn’t happen on the carbon tax,” he said. “Our backup plan, our Plan B, is to assert our provincial rights through the courts and that’s what we’ll be doing.” 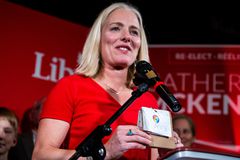 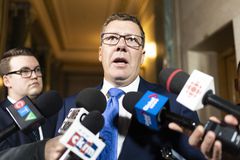 Quebec to push ahead with carbon market if California deal is scuttled by Trump administration Subscriber content
October 24, 2019 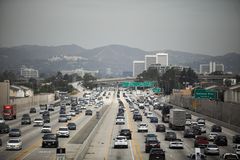