The Ontario government says it will invest a further $202-million over five years to combat human trafficking, a crime that includes forcing mostly women and girls across the country into the sex trade.

The anti-human-trafficking strategy, to be announced on Friday by Premier Doug Ford and others, is believed to be the largest total investment of any provincial or federal government in dedicated supports and services for victims. The $202-million in new funding is in addition to $105-million from an existing fund, and covers everything from a public awareness campaign to new law enforcement tools.

The government says it is planning to invest in specialized intervention teams, involving police and child protection services, to incorporate human trafficking awareness into the education curriculum and establish housing to support victims, including those under 16. It is also proposing to support survivors by investing in new funding for community support groups and Indigenous-led initiatives.

“Human traffickers prey on the most vulnerable members of our society – our children,” Mr. Ford said in a statement.

“We must put an end to this disgusting industry and take immediate steps to keep our kids safe.”

Mr. Ford, who aides say is deeply concerned about the issue, is set to make the announcement in St. Catharines, Ont., alongside Solicitor-General Sylvia Jones and Jill Dunlop, Associate Minister of Children and Women’s Issues.

Ms. Dunlop said survivors of human trafficking require specific and continuing support to help them “heal from their trauma and rebuild their lives,” adding that the government’s strategy doubles investments for community-based services and provides new supports for children and youth.

According to the government’s statistics, approximately two-thirds of Canada’s police-reported human trafficking violations occur in Ontario. The average age of recruitment into sex trafficking is 13.

The funding also includes an additional $2-million for the province’s 42 sexual-assault centres. Advocates working in the sector said they had been informed by Attorney-General Doug Downey last week that the government would not renew an additional $1-million fund for the centres, sparking concerns that waiting lists for services will grow.

Megan Walker, the executive director of the London Abused Women’s Centre, called the strategy the “most comprehensive plan to address human trafficking” that she has ever seen.

“It covers all of the pillars that we consider to be so crucial to helping end trafficking in the long-term, including public awareness, ensuing that the law is enforced or that new legislation is created and to make sure that survivors have immediate access to service as well as safe houses,” she said.

Ms. Walker also praised the Ontario government for having specific counselling and support programs for Indigenous women and girls.

“This is not tokenism, there is $307-million that they are investing into this and … that is an incredibly significant amount of money that will go a long way in helping us keep women and girls safe.”

Mark Aston, the executive director of Covenant House, said the investment indicates a “serious commitment on the part of the government to address this very urgent and serious issue.”

Julia Drydyk, manager of research and policy with The Canadian Centre to End Human Trafficking, also welcomed the announcement, saying the organization is pleased to see the government make a significant commitment to address the issue.

Quebec has also invested heavily in efforts to fight human trafficking; its strategy announced in 2016 allocated $200-million, to be spent over five years.

British Columbia’s public safety ministry and solicitor-general provides $37-million in annual funding to victim services and violence against women programs across the province, and since 2011, the ministry has also provided more than $2.5-million in one-time grants to organizations working on the issue.

Other provinces invest fewer resources dedicated to fighting human trafficking. Outside of general law enforcement, prosecution and family justice services, the Justice Department spent about $2-million in 2018-19 to address sexual exploitation of youth. 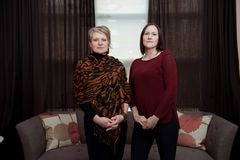 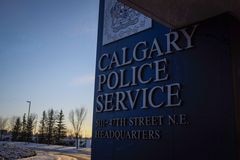 Follow Laura Stone and Janice Dickson on Twitter @l_stone @janicedickson
Report an error Editorial code of conduct
Due to technical reasons, we have temporarily removed commenting from our articles. We hope to have this fixed soon. Thank you for your patience. If you are looking to give feedback on our new site, please send it along to feedback@globeandmail.com. If you want to write a letter to the editor, please forward to letters@globeandmail.com.
Comments