The Progressive Conservative government says it will provide an additional $2-million a year to sexual-assault centres across Ontario as part of a new human-trafficking strategy, a day after advocates raised the alarm that extra funding was getting cut off.

Jill Dunlop, Associate Minister of Children and Women’s Issues, told the legislature that the province’s 42 sexual-assault centres will now be given an additional $2-million a year, on top of $14.8-million in annual funding.

“It’s part of a broader modernization we’re trying to do to provide better services to victims across Ontario,” Ms. Dunlop told reporters at Queen’s Park on Thursday.

“We’re looking at how we can better work with the sector and the organizations that serve women.”

The extra $2-million funding is part of the government’s broader anti-human-trafficking strategy to be unveiled on Friday.

The announcement came a day after advocates working in the sector said they had been informed by Attorney-General Doug Downey last week that the government would not renew an additional $1-million in funding for the centres, sparking concerns that wait lists for services will grow.

The previous Liberal government had promised the centres an extra $14-million over three years, but that never materialized after the Liberals lost the 2018 election. Instead, the Progressive Conservatives gave the centres an additional “one-time” $1-million in funding last spring, but the groups had hoped the extra money would be renewed annually. It expires on March 31.

After Ms. Dunlop’s announcement, members of the Ontario Coalition of Rape Crisis Centres said they hadn’t yet seen the details. Ms. Dunlop’s office said letters about funding to individual centres will follow after the announcement is officially made.

Deb Singh, a counsellor and advocate with the Toronto Rape Crisis Centre, said the coalition’s co-ordinator was contacted by the ministry late Thursday about the new money but nothing has been presented in writing.

Ms. Singh said it was her understanding that $1-million is already being handed out to several sexual-assault centres that are doing anti-human-trafficking work. She said while the previous funding was given to centres across the province to help alleviate waiting lists for services, the new money appears to be solely directed toward anti-human-trafficking efforts.

“Many of our centres are already working with survivors of human trafficking, whether or not they identify that way,” she said. “So the hope is that we’re able to use that money for existing programming.”

Jill Andrew, the Ontario NDP’s women’s issues critic, thanked the government for committing more funding to sexual-assault centres, but said it’s still far short of the $14-million promised by the Liberals on the eve of the 2018 election.

“Both Liberals and the Conservatives have turned their backs on women and it has to stop now. These rape crisis centres need their $14-million,” she said. “Premier, are you going to take away funding again after International Women’s Day? We cannot play with women’s lives.” 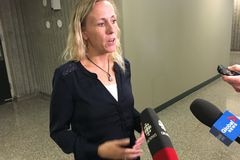 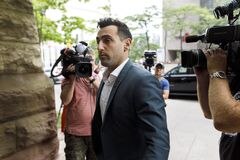 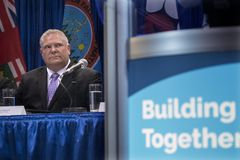