The Ontario government plans to spend more than $300-million to catch up on the backlog of surgeries and medical procedures left by the pandemic over the next year.

The province has pledged to run hospital operating rooms on weekends and evenings in the fall while expanding the use of private-sector clinics for the treatment of cataracts.

Ontario Health Minister Christine Elliott said Wednesday the government’s $324-million plans will allow operating volumes to hit up to 115-per-cent capacity, meaning an extra 67,000 more surgeries can be completed over the next year – about half of them expected to be publicly funded cataract procedures in a growing number of private clinics. The province will also run magnetic resonance imaging (MRI) and computed tomography (CT) scans for longer hours to deal with a deluge of new patients.

The province’s health officials acknowledge they do not know precisely how many new patients who put off seeing doctors during COVID-19 will now need surgery to expect in the coming months.

“We are in a much better situation than was expected mere months ago,” Ms. Elliott said. “However, as we continue to safely and gradually lift public-health measures and we continue our return to normal, we expect more Ontarians to seek the care they need.”

Most of the money had already been earmarked in the Progressive Conservative government’s 2021 budget. The Ontario Hospital Association said the plan is an “important first step.”

Shaf Keshavjee, surgeon-in-chief at Toronto’s University Health Network of hospitals, agreed that the plan is a good start, but said his hospital has already started ramping up. He said he doubted the funding would be enough to tackle the coming backlog – although he acknowledged it was still unclear how many patients would materialize.

There is a bigger queue in the surgeries that were the easiest to defer, such as knee and eye procedures, Dr. Keshavjee said. But already he has noticed a worrying uptick in new cancer patients, who delayed getting tested during the pandemic. He urged the government to apply the same urgency to the backlog as it did to COVID-19 itself.

“The surgical patients were quiet and pushed aside, at home. They weren’t in your face in the hospital, in a bed,” Dr. Keshavjee said. “Now is the time to serve those patients.”

Under the government’s plan, hospitals are not expected to hit 100-per-cent capacity until the fall, to give COVID-19-weary staff a break.

Ontario says it managed to complete surgeries for 76 per cent of all patients on surgical waitlists between March, 2020, and March, 2021 – with 99.3 per cent of the most urgent surgeries, including for the most severe cancers and heart problems, completed. From March, 2020, to April, 2021, the government said its hospitals did 465,000 surgeries, which is about 200,000 fewer than a typical year. Ontario issued a second order to “ramp down” non-emergency surgeries again on April 20 as the third wave threatened to overwhelm hospitals – lifting it a month later.

Matthew Anderson, the president and chief executive officer of Ontario Health, said current waitlist levels are comparable to pre-COVID numbers, even with all the disruptions – but only because fewer patients sought medical treatment during the pandemic, resulting in fewer needing surgery.

Ontario NDP health critic France Gélinas said the government’s plan was inadequate for people stuck on a waiting list in pain, and failed to address nursing staff shortages. By contrast, she said, B.C.’s strategy allowed it to clear 95 per cent of delayed surgeries back in March. Citing numbers from the independent Financial Accountability Office, she said Premier Doug Ford needs to spend another $700-milllion to tackle the backlog.

In May, the FAO warned that Ontario would need 3½ years to clear its COVID-19-caused backlog, assuming operating rooms were running at 11-per-cent overcapacity – and that the bill would be $1.3-billion, or $700-million more than the $610-million total the government planned to spend over the next two years in its 2021 budget.

But the FAO had assumed Ontario’s April restrictions on non-emergency surgeries were going to last nine weeks, not just over four.

Ms. Elliott said her government’s plan was based on actual waitlists, not projections. Mr. Anderson said he was confident in the government’s support if more capacity is needed.

Doris Grinspun, CEO of the Registered Nurses’ Association of Ontario, said the province is facing a crisis as burnt-out nurses leave their jobs, and warned ramping up operating rooms would be impossible without addressing the profession’s issues – including scrapping the government’s 1-per-cent cap on all wage increases.

“If they do, they are going to burn the last group of nurses left,” Dr. Grinspun said. “These people have been working 17 months non-stop ... Nurses don’t grow on trees.” 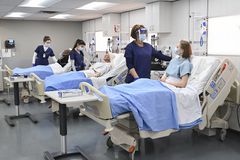 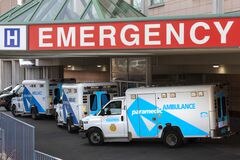