The Ontario government has backed off some of the reforms it proposed last month to the province’s autism program, after desperate parents spent weeks staging protests at Queen’s Park out of fear the changes would leave them facing massive bills for intensive treatment.

Lisa MacLeod, the Progressive Conservative government’s Minister of Children, Community and Social Services, announced the changes on Thursday. Among them are a pledge to consult parents and “explore” how to provide more money for autistic children with more complex needs; the scrapping of proposed income tests for families seeking autism funding; and a six-month extension for children currently receiving therapy under the old system.

Toronto parent Marguerite Schabas said her seven-year-old son’s intensive therapy had been set to end in June, and she was concerned about him regressing. The program still won’t cover her costs, but she acknowledged the government was starting to listen to parents.

“They should be completely ashamed of themselves for putting families through this for the past six weeks,” Ms. Schabas said. “At least six months gives more time to prepare a proper transition into school with the proper supports.” Under the changes, first announced in February, many parents said their children who received intensive therapy and attended school on a modified day would be forced to attend school more frequently, even full time, because their funding would be cut.

Ms. MacLeod said she and MPP Amy Fee – her parliamentary assistant and herself a mother of two autistic children – convinced Premier Doug Ford to provide more “flexibility” on the funding of the new autism program, which sparked outrage when first revealed last month.

“The Premier has listened to Amy and I, and the concerns of families,” she said. “Thanks to him, Ontario will now spend the most per capita on autism in North America.”

But Ms. MacLeod would not say how much cash would be added to the $331-million the government has already committed. A spokesman for the Premier would not elaborate on what discussions took place.

In addition to the other changes, Ms. MacLeod said the government would allow parents to use autism money for speech and language pathology, physiotherapy and occupational therapy.

With the scrapping of its proposed income test, the government says the new plan will instead provide $20,000 in annual funding for all diagnosed children aged 6 and under, with older children receiving $5,000 annually. A $140,000 total cap for each child was to remain in place for now.

Ms. MacLeod said she is still committed to her original goal of providing some level of funding to all 23,000 children – 75 per cent of those diagnosed with autism – left on the wait list for treatment under the former Liberal government’s system.

The original reforms meant that families who currently receive full funding for intensive therapy will only get a fraction of that financial support, and their children would have less access to services. The government was planning to allocate funds based on age and household income, saying it wanted to spread resources among all families and clear a wait list of 23,000 children.

Last month’s changes prompted protests at Queen’s Park and saw groups of parents pack the public galleries, some sobbing quietly while others were ejected for shouting at Ms. MacLeod or the Premier. An aide to Ms. Fee who is also the father of an autistic child resigned last month over the plan. The minister herself, who vehemently defended the original plan, faced death threats.

Ottawa mother Kate Logue, who has two children who receive autism therapy, said while she still has concerns, she was relieved that treatment for her five-year-old son can continue past April: “I’m not going to lie, I literally had tears in my eyes that I didn’t have to worry about the next six months.”

Julie Koudys of the Ontario Association for Behaviour Analysis (ONTABA), which represents autism treatment providers, said the government’s plan is still flawed, as it arbitrarily cuts funding for children over six, even though many older children still need expensive therapy.

Dr. Koudys, a clinical psychologist and an assistant professor at Brock University, also said the plan does nothing to address key factors behind the wait list, including a shortage of professionals who treat autism and the lack of regulation of those who do.

She welcomed the government’s consultation plans. ONTABA is meeting with the government on April 2. But she said neither ONTABA, nor a government-appointed panel of autism experts on which Dr. Koudys also sits, were consulted before original reforms were launched in February.

Ontario to look into school exclusions of children with autism 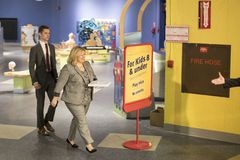 Ontario to look into school exclusions of children with autism
March 14, 2019 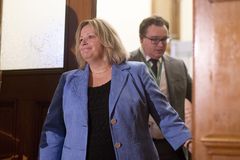 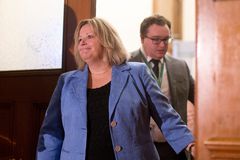