The Ontario government’s new plan to gradually reopen the province over the next three months as more and more residents are vaccinated will not allow limited shopping at non-essential retail stores or dining on restaurant patios until mid-June – and is silent on sending children back to schools.

Ontario Premier Doug Ford unveiled a three-step “Roadmap to Reopen” on Thursday that requires the province to hit benchmarks for vaccination rates before gradually allowing more activities and businesses to return to normal.

The Premier also announced that he was scrapping the government’s widely criticized ban on outdoor facilities, such as golf courses, basketball courts and marinas, as of Saturday – just in time for the coming long weekend. Five people from different households will also be allowed to gather outdoors. A stay-at-home order, which includes exemptions for physical exercise, remains in effect until June 2.

The phased reopening plan faced immediate criticism for not allowing children back into classrooms, with just over a month left in the school year. Business groups, too, expressed dismay that restrictions many have faced for months would not be lifted until well into summer.

The three-step plan, inspired by those drafted by governments in Britain, Quebec and Saskatchewan, sets out metrics for the vaccination rates that are required for each phase of reopening.

Mr. Ford, after months of criticism from the opposition and public-health experts for initiating a confusing back-and-forth of pandemic restrictions, said the new plan is meant to provide “certainty and predictability.”

Mr. Ford also justified his approach by repeating warnings that the federal government’s border controls are allowing too many travellers to skirt quarantine rules and could allow new variants into the province and “risk a fourth wave.”

Under the new three-step plan, after hitting each vaccination benchmark, the province would wait at least 21 days before moving on to the next step – provided hospitalizations, intensive-care occupancy and the rate of positive COVID-19 tests are also still declining.

The first step, which the province estimates could begin by June 14, requires 60 per cent of adults to be vaccinated with one dose. (Ontario has already hit 58.5 per cent for first doses.) This phase would allow lower-risk activities such as outdoor gatherings of up to 10 people, outdoor dining of four people per table, and non-essential retail to reopen for indoor shopping at 15-per-cent capacity. Day camps, campsites, and horse and motor racing would also be allowed.

The second step, estimated to begin 21 days later, in July, requires 70 per cent of adults to be vaccinated with one dose and 20 per cent to be fully vaccinated. It’s only then that personal care services such as hair and nail salons could open. This step would also allow larger outdoor gatherings of 25 people, outdoor dining for up to six people, overnight camps and amusement parks.

The third step requires 70 per cent to 80 per cent of adults to be vaccinated with one dose and 25 per cent to be fully vaccinated. The final stage would allow for many more indoor gatherings and activities.

Andrew Morris, an infectious disease physician at Toronto’s University Health Network and a member of Ontario’s COVID-19 Science Advisory Table, says the government’s reopening plan isn’t perfect but gives it solid marks for taking a “reasonable” approach to lifting restrictions. But he said it should have found a way to reopen schools.

“We know already how much kids have missed out, and how they’ve been affected. And it’s not only the kids, it’s their families,” he said.

Peter Juni, scientific director of the science table and a professor of medicine and epidemiology at the University of Toronto, said the province should consider having students outside of the Greater Toronto Area return to school by the end of the month, while those in Toronto as well as Peel, York and Durham regions return a week later. He called it a “calculated risk.”

Mr. Ford’s reopening plan was unveiled after the province’s independent COVID-19 Science Advisory Table released new modelling showing that case counts would decline much more steeply if the province delays the beginning of its reopening until mid-June, dipping below 1,000 new cases a day after June 4.

Ontario’s Chief Medical Officer of Health, David Williams, has warned that cases need to go “well below” 1,000 a day, and stay there for a sustained period, before the province could relax restrictions.

Adalsteinn (Steini) Brown, the head of the University of Toronto’s school of public health and the co-chair of the science table, said that maintaining public-health measures until mid-June would “help ensure a good summer.” And while Dr. Brown also said school reopenings could cause a 6-per-cent to 11-per-cent increase in infections, this could be “manageable.”

Dr. Williams said he wanted the province to have schools reopened in June, provided public-health units could handle contact tracing of any new cases. He said discussions with the Ministry of Education were needed before a date could be set.

But Mr. Ford appeared to pour cold water on the idea. He said his government needs to find “consensus” on reopening schools, adding that while Dr. Williams wants them open, other experts say they should be closed. He also said teachers’ unions were planning to seek a court injunction blocking reopening, something union leaders have denied.

The Premier said he was worried about the potential for an 11-per-cent increase in cases if schools reopened.

“I’m not going to rush into this,” Mr. Ford said. “Let’s just see over the next little while … and then we’ll give certainty to the parents.”

While the Ontario Chamber of Commerce said it approved of the plan’s clear benchmarks, other business groups were unhappy with the government’s cautious approach.

Restaurants Canada said the resumption of outdoor dining was a “light at the end tunnel,” but pointed out that Quebec is allowing eating on patios as of May 28 and British Columbia has allowed it for months.

The Ontario Hospital Association, which has pushed for tighter restrictions throughout the pandemic, said it supports the government’s “cautious” plan, while warning that the load from COVID-19 still has hospitals operating as if in a state of emergency.

With reports from Chris Hannay and Caroline Alphonso 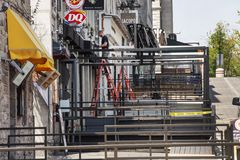 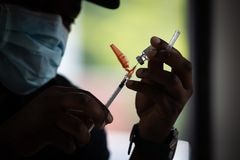 Opinion
How to avoid another pandemic? A World Health Organization with punch
May 14, 2021 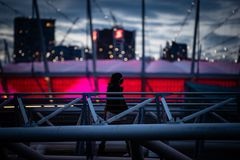