The Ontario government is trying to shut down at least eight class-action lawsuits that have already been given a green light by judges, under a new law that applies retroactively.

The lawsuits accuse the government of mistreating vulnerable groups, and feature allegations around the use of solitary confinement on mentally ill prisoners and the abuse of delinquent youth. One case involves an inmate, Adam Capay, who was held in a windowless cell in Thunder Bay with the lights on 24 hours a day, for the majority of four-and-a-half years in custody. (A judge ultimately dismissed a first-degree murder charge against him because of this treatment while he awaited trial.)

The new law – the Crown Liability and Proceedings Act – took effect on July 1. The province says its purpose is to bar lawsuits over government policy or spending decisions. It says the new liability act simply clarifies existing law, as established by judges under the centuries-old body of precedents known as the English common law.

But lawyers say the new law goes much further. They describe it as the first law in Canada in the past 50 to 70 years – when Crown immunity from many lawsuits ended – to make it difficult or impossible to sue over the negligent conduct of public officials (the failure to take proper care in how they carry out government policies). The law also introduces procedural hurdles to suing the government over corruption or wrongdoing.

The government has begun using the new law’s retroactivity provisions as it battles a single law firm, Koskie Minsky of Toronto, in eight certified class actions that were launched in some cases years before the law was passed.

“This is the first government we’ve ever dealt with in Canada that passed a law seeking – after the fact – to nullify existing claims that have already been commenced or certified,” Toronto lawyer Kirk Baert, a partner at Koskie Minsky, said in an interview.

“That’s pretty revolutionary for a democracy.”

In the solitary confinement case, he argues that Mr. Capay was denied medical attention for serious mental illness, and his circumstances were never reviewed. “Paper reports were shuffled between Thunder Bay and the Ministry of Community Safety and Correctional Services in Toronto, but nobody bothered to read them,” he said in a legal filing.

The province has not filed its response yet to the allegations, but has amended its statement of defence to include the new liability act and its retroactive powers.

The eight class actions also involve allegations of prison overcrowding, and indeterminate waiting lists for support services for disabled adults. In a ninth case, involving allegations of bail delays, Koskie Minsky is appealing a judge’s decision not to certify the class action, and the government is citing the new law’s retroactive reach as a reason not to grant the appeal.

How many more such cases exist, whether involving class actions or individual lawsuits, is unclear. The Ontario Ministry of the Attorney-General would not say how many cases are underway in which it is seeking to apply the new law retroactively.

“We are unable to provide you with an aggregate number of cases as requested considering the different stages of litigation for cases where the Crown Liability and Proceedings Act may apply,” Brian Gray, a departmental spokesman, said in an e-mail.

An early test of the new law and its retroactivity is scheduled to be heard in March before an appeal body, the Ontario Divisional Court. The case involves 21-year-old Briana Leroux, a woman from Timmins with a rare brain disorder that has left her non-verbal, functioning at the level of a three-year-old and needing constant care for basic functions, including eating and hygiene, according to a legal filing from Koskie Minsky.

When she reached 18, the filing says, she “aged out” of children’s services, and was made to wait indefinitely for support – leaving her father, Marc Leroux , who held a job as a realtor, to provide round-the-clock care himself, “at the expense of his physical, emotional and financial health.” Mr. Baert says there are at least 15,000 people who are a part of the class represented by Ms. Leroux, having received services until they turned 18, before disappearing onto chaotic, ineffectual waiting lists. They are collectively claiming $110-million in damages.

Last December, Ontario Superior Court Justice Edward Belobaba certified the class-action lawsuit – a preliminary approval which means the judge believes it has a chance of success. The lawsuit still needs to be heard in a trial before any payout is awarded.

Justice Belobaba said it was not policy or funding that was at issue, but “the allegedly deficient and negligent operation of a social assistance system within existing resources.” The province appealed his ruling, arguing that the core issue was policy and funding, and that it was therefore barred by the new law. Retroactive laws, it says, have been upheld in other contexts. Mr. Baert argues that using retroactivity to take away a right to sue is “arbitrary and unfair,” and barred by the common law and by other Ontario laws.

The Canadian Civil Liberties Association is seeking the court’s permission to intervene in the case. By making the government immune from lawsuits for negligence, it says in a court filing, the law sets a dangerous precedent: it harms the individual right to hold government accountable, and permits government “to circumvent the rule of law and deny access to justice.” 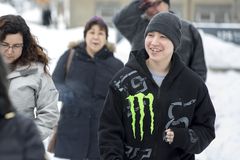 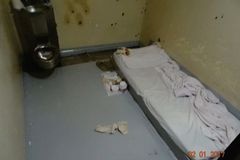