The number of vaccination appointments booked through Ontario’s system more than doubled on the same day the province announced its new vaccine-certificate rules for restaurants, bars and other indoor businesses deemed high risk.

It’s a jump that mirrors the experience of other jurisdictions, including Quebec and British Columbia, where bookings also increased as governments announced they intended to bring in proof-of-vaccination systems. While introducing Ontario’s new system, Chief Medical Officer of Health Kieran Moore said he hoped it would induce some people to finally get their shots.

Business reaction to the new vaccine certificate system, while largely supportive, was mixed, even though many say everything possible must be done to avoid another lockdown as cases are still projected to increase dramatically in the fall.

Restaurateurs said they’re worried about already-harried staff being required to scrutinize Ontario’s current vaccine records – which could be crumpled papers drawn from a customer’s wallet – before the launch of the province’s promised smartphone app, which is not expected until Oct. 22.

Erik Joyal, a principal with Ascari Hospitality Group, which owns three Toronto restaurants, a bar and an events and catering business, said a vaccine passport system is the only way forward to keep businesses open and customers safe – but that it should have been implemented months ago.

“It’s typical of the government. They’re reactive, they’re not pro-active. We’re not the first province to enact this,” said Mr. Joyal, co-founder of an organization called Save Hospitality launched in the pandemic to advocate for the industry.

Mr. Joyal said he welcomes the plan, but pointed to a number of inconsistencies. For example, restaurant patios are exempt, something Mr. Joyal said could create confusion. (Unvaccinated patio customers could still enter the restaurant to use the washroom). Some restaurants may choose to simply enforce the indoor vaccine certificate rules for their patios as well, he said.

Another issue with the province’s certificate plan is a lack of provisions for staff – a problem raised by the Ontario Chamber of Commerce. Since the new rules only apply to customers, unvaccinated servers could end up taking orders from customers who had to show proof of vaccination to get in. (Some restaurants, including Mr. Joyal’s, have already been demanding staff get their shots).

“This is the big gap. The fact that no clarity or guidance has been provided to the business community around workplace vaccination policies is a huge source of concern,” said Daniel Safayeni, the Ontario Chamber of Commerce’s vice-president of policy.

Some businesses fear an escalation in confrontations with anti-mask or anti-vaccine customers. Ontario NDP Leader Andrea Horwath called this week for legislation to create “safety zones” – similar to those in place for abortion clinics – to keep protesters from harassing diners and staff.

Ryan Mallough, senior director of provincial affairs for Ontario with the Canadian Federation of Independent Business, said the government has a duty to advertise the passport as its own, so businesses can avoid harassment.

“Moving forward, it has to be clear that it is not the business owner making the choice, it’s the government making the rule,” he said.

Michael Wood, a small business advocate who owns an event management company in Ottawa, said harassment training will be crucial for small businesses and warned that three weeks is little time to prepare.

“I just see challenges coming from people who are disobeying the rules,” he said. “People are worried they are going to get boycotted.”

Some businesses have already stopped serving unvaccinated customers. Aleksander Saiyan, director of operations at Toronto Dance Salsa, chose only to admit immunized people to his dance classes back in July. But then, he started receiving unflattering e-mails and negative online reviews.

“This is definitely going to relieve the pressure for small businesses,” he said. 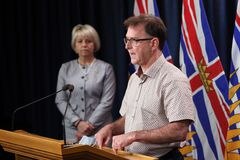 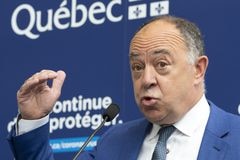 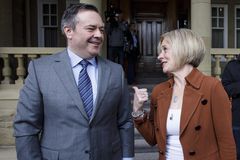 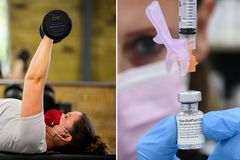