Unusual patterns of deaths in long-term care homes are not always tracked or analyzed because some death reports are not filed electronically, as rules require, the province’s chief coroner said Monday.

The former nurse confessed to killing the patients between 2007 and 2014 by injecting them with overdoses of insulin, as well as trying to kill several others at long-term care residences and private homes where she worked before seeking psychological help.

Although homes are mandated to file reports of resident deaths to his office electronically, Huyer said several still submit their forms via fax and are therefore not included in any analysis that’s carried out.

He also called for a change to the rules, which currently don’t track the deaths of long-term care residents who die in hospital rather than at the home.

“Deaths that occur in hospitals may well have been from incidents that initiated within the long-term care home,” Huyer told the inquiry. “Clearly that would be important for us to understand if we’re going to look at trends or patterns that may occur.”

Huyer also spent much of Monday’s testimony outlining the complex challenges facing coroners who must determine whether or not a death is worthy of an in-depth investigation.

He said such calls can be difficult to make in a long-term care context, particularly when patients may have several long-standing conditions that complicate an assessment of whether their death is sudden or unexpected.

The inquiry previously heard of at least one instance connected to Wettlaufer in which a coroner disregarded recommendations to investigate a death that sounded alarm bells for medical professionals.

Maureen Pickering, 79, had Alzheimer’s at the time of her death in March 2014 but was physically active and could walk around. Then, just days before her death, her blood sugar plummeted.

Karen Routledge, a nurse at the Caressant Care home where seven of Wettlaufer’s victims died, told the inquiry that Pickering was taken to hospital, where a doctor who could not determine the cause of her extremely low blood sugar suggested an autopsy be conducted if Pickering died.

Routledge followed that advice, calling the coroner’s office when Pickering died. She was told, however, that the office “did not feel this was a coroner’s case,” she testified.

Deaths must be sudden or unexpected to warrant an autopsy, and coroners have told Caressant staff that no death in a care home is unexpected, the inquiry previously heard.

Huyer said, however, that sudden changes in a patient’s circumstances may well be a sign that a deeper probe is needed.

“If the death seems unusual and there are concerns about it, we should be investigating,” he said.

The inquiry heard that the coroner’s office previously had a practice of investigating one out of every 10 deaths at a long-term care home as a matter of course. Huyer told the inquiry this practice was suspended in 2013 in order to save $900,000.

He said he’d heard anecdotal evidence that those screens were not revealing unusual patterns, though he said there were no statistics to support the claim. Other reporting mechanisms were more effective at shedding light on problematic activity in long-term care homes, he said. 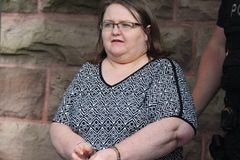 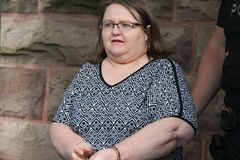