Ontario’s Education Minister says he is committed to reaching a deal with a union representing support workers and averting a strike while thousands of parents brace for school closings on Monday as talks continue into the weekend.

Stephen Lecce said on Friday that his government has “negotiated in good faith” and was hopeful that talks that began that afternoon would produce a deal. A media blackout was imposed during weekend negotiations between the Canadian Union of Public Employees (CUPE) and the government and trustees’ association.

“We remain fully committed to resuming discussions with CUPE to reach an agreement quickly to provide predictability to parents and students,” Mr. Lecce said in a statement.

Union president Laura Walton said on Friday that while the team will work hard to reach a deal, “we are also ready to stand up for the services we deliver and the students we serve. We’ve heard from parents and communities and we know they are behind us.”

The potential school closings follow an announcement by CUPE on Wednesday that it had provided the legally required five-day notice for a strike just two days into a work-to-rule campaign.

Several boards said they decided to shutter after reviewing how many employees would be striking and how they would maintain the cleanliness of buildings while keeping schools running smoothly. (The elementary- and high-school teachers’ unions are not in a legal strike position.)

That has left parents such as Sue Raposo scrambling. Ms. Raposo works in human resources at BMO Financial Group in Toronto, and said this is her busiest time of year. Her manager has been “extremely supportive,” she said, and she will be able to work from home two days next week if there is a strike and her seven-year-old can’t attend school. But the rest of the week she’ll need to be at the office.

“I may have to bring him to work and leave him at my desk. It’s a little nerve-wracking,” Ms. Raposo said.

Elle Mercier said her five-year-old son, Kaius, had to miss a week of classes last month after breaking his arm. She worries that he will fall further behind in his schoolwork if there is a strike.

“He was a bit behind with his reading. He is finally starting to enjoy reading and has been coming home from school excited about his improvement. I worry that missing more school, he will lose the momentum he has now,” said Ms. Mercier, who lives in Kingston.

Some boards, including Toronto, have said child-care centres located in its schools would be permitted to remain open, but operating hours would be adjusted. Camps are also opening across the province for parents seeking alternatives for their children in the event of a strike.

“It filled up in about eight minutes,” said owner Jennifer Ego, adding that about 70 families are on the waiting list. She and her staff are calling other sites to see whether there is any room to accommodate more children, Ms. Ego said.

In the event of a strike, the City of Vaughan will operate eight day camps for children ages 6 to 12 at community centres and one at City Hall.

“We’re very happy to provide some relief to what I’m sure would be a stressful time for kids and parents,” Mayor Maurizio Bevilacqua says.

One of the main issues at the negotiating table is absenteeism. The previous Liberal government reduced the union’s annual sick-day provisions. Teachers and other education workers, however, receive 11 sick days at full pay and 120 short-term leave days at 90 per cent of their pay.

CUPE workers take an average of 15 days, a government spokeswoman said, adding that the cost for each sick day amounts to $50-million across the education sector.

The Ontario Secondary School Teachers’ Federation, which has said it would be transparent around bargaining, posted the government’s proposal on its website that looks to decrease the pay on short-term leave days to 60 per cent from 90 per cent. 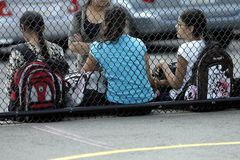 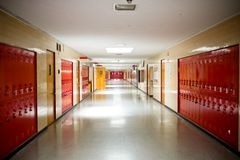