The Ontario government has expanded a program to train student nurses on the job in a bid to ease some of the staffing pressures caused by the pandemic.

The government recently pledged more than $117-million to a project designed to get student nurses into hospitals where they can provide extra hands to assist senior colleagues.

The program, called an externship, was launched to relieve some of the strain on hospital staff during the pandemic’s second wave. Students are paid slightly more than the hourly minimum wage to perform tasks that assist with daily living, such as bathing, feeding and making beds. They work in a role similar to a personal support worker.

The program was extended in April to 38 hospitals, with plans to hire more than 4,000 students over the next year. The funding has not been guaranteed beyond March, 2022, but the Ministry of Health said it is monitoring the program as it considers its future.

Ru Taggar, executive vice-president and chief of nursing at Sunnybrook Health Sciences Centre in Toronto, said the program has become an excellent recruitment tool. All 20 of the nursing students who completed an externship at the hospital so far this year have been subsequently hired, she said.

Ms. Taggar said Sunnybrook aims to have many of the new employees work in areas such as critical care, where there has been a dire need for extra staff during the pandemic, and in the operating room, where demand will boom as the province tackles a massive postpandemic surgery backlog.

Sunnybrook is just one hospital in a vast system that faces shortages in many areas, but it currently has 91 vacancies for registered nurses in critical care, 10 in the operating room and 192 in other areas of the hospital. The hospital is aiming to direct all the externs it has hired to train in those areas of critical shortage.

The students who are hired are exposed to teams and mentors that can help guide them in the workplace as they learn how the hospital works. Although they can’t do the same kind of work as a fully-trained nurse, they help with duties that improve the quality of care for patients.

Laura Slipp, a recent graduate of the joint Humber College and University of New Brunswick program in Toronto, was hired to join a resource team at Sunnybrook after completing an externship. She said the externship provided some of the hands-on experience in the hospital she felt she missed as a result of the pandemic, which restricted the availability of in-person clinical placements.

“You learn so much just from being immersed in the hospital setting,” said Ms. Slipp.

“During our clinical placements, we might go into the hospital one day a week, whereas during my externship I was going in as a full-time employee, so I was really integrated in a team and getting to know everyone and seeing the dynamics of how everyone works together.”

Vicki McKenna, president of the Ontario Nurses’ Association, said the externships can address two issues: the extraordinary burden on full-time nurses during the pandemic, and the loss of clinical placements that were put off because of health and safety concerns.

She said the ONA is supportive of the externship program but would like to see it extended across all areas of the province and funded beyond this year. At the moment, the program is not available in parts of Northern Ontario where recruitment and retention challenges are particularly acute, Ms. McKenna said.

“This is a valuable program. but it is also a temporary program right now. We would love to see it become permanent,” she added.

Corinne Hart, a professor at the Daphne Cockwell School of Nursing at Ryerson University in Toronto, said she has recently written several letters of recommendation for students applying for externships

Unlike clinical placements, these are opportunities that students pursue on their own. There is no formal mechanism for instruction or educational feedback, for example.

Although they’re outside the traditional academic sphere, Prof. Hart said the externships provide valuable skills and exposure to a professional environment. The students tend to emerge more confident in their abilities, she added.

“I think there is an added recognition that a lot of students in the last year and a half have not gotten the experience they needed. And everybody is now responsible for making sure that the next generation is prepared,” Prof. Hart said.

‘He’ll give you a straight answer,’ colleagues say of Kieran Moore, Ontario’s next top doctor
June 1, 2021 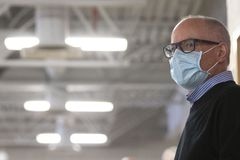 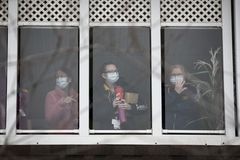