Ontario’s Health Minister is pledging more help for people addicted to opioids, including injured workers, as part of a new program to address mental health and addictions.

Christine Elliott was responding to a Globe and Mail investigation that revealed serious flaws in workers compensation systems across Canada, which injured workers and doctors say have contributed to opioid addictions and deaths.

“I think it’s really important that we expand our knowledge – that it can happen to anyone,” Ms. Elliott said. She added that help for such injured workers will come from a new program the province launched in March called a “roadmap to wellness,” which is intended to provide better and easier access to treatment for addiction and mental-health issues.

“From the prescriptions, to the continued use … there is still a lot we can learn and that includes in regard to WSIB [Ontario’s Workplace Safety and Insurance Board].”

The Globe investigation found workers’ compensation boards, particularly in Ontario, routinely push injured workers to get back on the job or retrain before they are fully recovered in a bid to cut costs for employers and the system.

The Globe interviewed 64 people with firsthand knowledge of these agencies – including 28 workers or their family members – and reviewed 284 appeal decisions from 2019 involving WCB claimants who used opioids. The cases were primarily in B.C., Alberta and Ontario.

Several workers said they had little choice but to take highly addictive opioids prescribed by their doctors to mask the pain from their injuries so they could cope with WCB demands. Compensation boards pay for those opioids for up to 12 weeks with few questions asked, which doctors say is long enough for people to develop serious addictions.

The Ontario minister responsible for the WSIB, Monte McNaughton, was not available for an interview on Thursday, but his office sent a statement that said he read The Globe’s story “with concern.”

“The health and safety of every worker of this province is my top priority,” his statement said. “My thoughts are with the workers and their families, whose lives have been impacted by opioid addiction. Every injured worker deserves to return to work when they’re ready and healthy.”

B.C.‘s Provincial Health Officer, Bonnie Henry, said her office has been working with the province’s compensation board “for a number of years, with some success” to help injured workers “get the care they need.”

“I read the report you did and it was aligned with the problems we have seen. ... These are very challenging problems,” she said.

The minister responsible for WorkSafeBC, Harry Bains, said the organization is working on programs to reduce addictions among injured workers, particularly in construction. “We know that the construction industry is one that is particularly affected by opioid use,” Mr. Bains said. “We’re continuing to look at more ways we can support and protect injured workers so that no more families in B.C. have to experience the pain of losing a loved one to overdose.”

Steve Mantis, co-founder of the Canadian Injured Workers Alliance, said the provinces should require compensation boards to defer to the employees’ health care professionals on how and when they should return to work.

“We see health care providers all the time saying, ‘The WSIB will not listen to me,‘ ” Mr. Mantis said.

“Make it so all of the players are able to say, ‘Yes, this is the right time to go back to work.’ The employer, the health care provider and the injured worker.”

Ellen MacEachen, associate professor at the University of Waterloo’s school of public health, studied how WCBs’ return-to-work policies contributed to addictions more than a decade ago.

“It is still going on. I think that is what bothers me the most. It is no surprise – but I also can’t believe it,” she said. “It was financially convenient for the WCBs and the employers. The sooner these employees got back to work, the better it was for them financially.”

During her study, Prof. MacEachen said she was struck by how people were blamed for taking drugs and accused of not wanting to work, when, in reality, it was their motivation to return that pushed them into addiction.

“People are worried about losing their jobs and that drives them to take these drugs,” said Prof. MacEachen, who described the WSIB as their “pusher.”

“They become like the drug pusher. They revert back to putting it all on the worker and making it about their choices.”

In Guelph, Canada’s other epidemic flares up
June 2, 2020 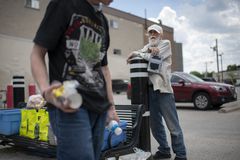 Investigation
How workers’ comp fanned the flames of the opioid crisis
June 18, 2020 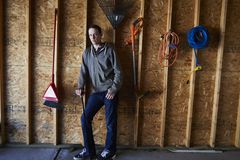