Ontario’s convenience stores, eager to stock beer and wine on their shelves, are growing impatient as talks drag on between the government and big brewers over their quasi-monopoly Beer Store retail chain.

The promise of alcohol in corner stores was a key plank in Premier Doug Ford’s 2018 election platform and was frequently invoked during the Progressive Conservatives’ first year in office.

But since Mr. Ford shuffled his cabinet and softened the tone of his government’s rhetoric last June, the promise has barely been mentioned and closed-door negotiations with the beer industry appear to have made little headway.

Dave Bryans, CEO of the Ontario Convenience Stores Association, which has long been pushing to sell beer and wine in corner stores, says some of his members are disappointed with the government’s lack of progress.

He said last spring that he hoped that beer and wine would be available on corner store shelves by the fall of 2019. With that goal missed, he said he still hopes the policy could be implemented before the summer.

“I’d love to cut the ribbon by the May long weekend,” he said. “That would be great for all Ontarians. I think the time has come.”

Few with knowledge of the process share his optimism. The government passed a bill in last year that, if enacted, could wipe out the 10-year Beer Store deal signed in 2015 by the previous Liberal government along with any compensation owed to the brewers. But the government has left that legislation unused. Instead, it has pursued negotiations hoping to open up the 2015 deal, which expanded beer sales into 450 grocery stores.

Last year, sources with the big brewers told The Globe that breaking the contract could see the government forced to pay up to $1-billion for added distribution costs and Beer Store layoffs. The Globe did not identify the sources because they were discussing confidential negotiations.

Constitutional experts said the government has the power to legislate any such penalties away. But critics, including the U.S. Chamber of Commerce, warned doing so would create a chill on signing contracts with Queen’s Park.

In a co-ordinated social media campaign last June, cabinet ministers posted photos of themselves expressing dismay at the lack of beer and wine at convenience stores across the province. Then-finance-minster Vic Fedeli pledged that change was imminent. But the government’s critics repeatedly decried its focus on alcohol, which also included the Premier’s “buck-a-beer” campaign and new rules meant to allow tailgating.

Mr. Fedeli’s successor, Finance Minister Rod Phillips, now almost never brings up the issue in public. Asked recently about when the talks with brewers could lead to results, he was noncommittal.

“We continue to have conversations with all of the stakeholders that are involved,” he said. “It’s one of our government’s priorities, by no means the top one.”

Talks between government officials and the brewers continue. A spokesman for the Beer Store, Bill Walker, declined to comment other than to say the brewers were focused on discussions with the government.

Mr. Phillips himself has held high-level meetings with the big breweries’ CEOs twice, in September and October, according to calendars obtained via freedom-of-information requests.

The Ford government’s special adviser on alcohol, former Alberta cabinet minister Ken Hughes, is still involved. His report, issued last year, called for the liberalization of Ontario’s alcohol sales but stopped short of advising the government to sell off its LCBO retail chain or unilaterally rip up the Beer Store deal. He declined to comment on the talks. His year-long contract runs until March.

The Beer Store is primarily owned by the foreign brewing giants behind Labatt, Molson and Sleeman and operates 445 outlets across the province. Under the terms of the 2015 deal, the Beer Store retains its long-held exclusive right to sell 12- and 24-packs of beer in most parts of the province.

Scott Simmons, president of Ontario Craft Brewers, said it’s important that the government take the time it needs to expand retail alcohol access, saying the association “has been engaging” regularly with officials.

“It is critical the reforms be done in a way that allows craft brewers to grow and create more jobs in Ontario, and we, therefore, believe it is important the government take the time necessary to get these reforms right,” he said in a statement.

Aaron Dobbin, president and CEO of the Winery & Grower Alliance of Ontario, said the industry is eager to have a voice in the development of new rules for wine sales.

“We want to work with the government to ensure that it works for everybody,” he said. 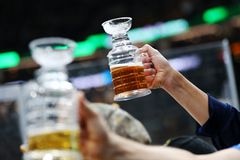 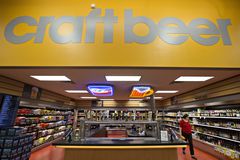 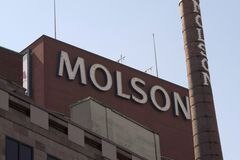 Follow Jeff Gray and Jill Mahoney on Twitter @jeffreybgray @jillsmahoney
Report an error Editorial code of conduct
Due to technical reasons, we have temporarily removed commenting from our articles. We hope to have this fixed soon. Thank you for your patience. If you are looking to give feedback on our new site, please send it along to feedback@globeandmail.com. If you want to write a letter to the editor, please forward to letters@globeandmail.com.
Comments