The acting head of the Ontario Provincial Police is asking the province’s Ombudsman to delay and review the appointment of Premier Doug Ford’s family friend Ron Taverner as the next OPP commissioner.

In a letter sent to Ontario’s ombudsman Paul Dubé on Tuesday, Deputy Commissioner Brad Blair, the interim head of the OPP, said there are “growing concerns” about the hiring process that led to the recent appointment of Toronto Police Superintendent Taverner to head the country’s second-largest police force.

“If the hiring process remains enveloped in questions of political interference, the result will be irreparable damage to police independence,” Deputy Commissioner Blair wrote in the letter.

“OPP officers have shared with me their concerns that the process was unfair and their feeling that the independence of the OPP is now called into question.”

“Commissioner Blair believes [these issues] go to the heart of the credibility of the OPP,” Mr. Falconer told reporters on a conference call on Tuesday night.

Mr. Falconer said perceptions of “inappropriate proximity” between police and government “erode the rule of law."

Deputy Commissioner Blair added that as a 32-year veteran of the OPP, “I have a moral and legal obligation to ensure that the OPP remains independent.”

“We are not going to comment on Mr. Blair’s motivations for using the Office he holds to raise these issues. We will explore the appropriate venue to review the content of a letter that we fully and completely dispute,” Sylvia Jones, Minister of Community Safety and Correctional Services, said in a statement Wednesday.

"The government stands by the process leading to the appointment of Mr. Taverner as the next Commissioner of the OPP. Mr. Taverner has more than 50 years of exemplary police service. It is unfortunate that this service has been unfairly maligned by unfounded allegations about the appointment process.

“We would respect any decision made by the Ombudsman about an inquiry into this matter and would cooperate with any such review.”

Neither Mr. Ford’s office nor Supt. Taverner responded to requests for comment on Tuesday.

Mr. Ford has come under increasing scrutiny for his government’s decision to appoint Supt. Taverner, a mid-level Toronto police commander who didn’t meet the initial requirements for the job, as the next OPP commissioner.

The Ford government has acknowledged the qualifications for the position were changed two days after the job was first posted, to encourage more candidates to apply.

Deputy Commissioner Blair said recent interactions between Mr. Ford’s office and the OPP “add to the concern about maintaining the independence and integrity of the OPP, free from undue political influence.”

In his nine-page letter, Deputy Commissioner Blair alleges that Mr. Ford’s chief of staff, Dean French, requested that the OPP purchase a “large camper type vehicle” and have it modified to specifications from the Premier’s office.

Deputy Commissioner Blair said Mr. French provided specifications and costs via a document from a company to an unnamed OPP staff sergeant and asked that the costs associated with the vehicle “be kept off the books.”

“Approaching an individual company as a sole source and asking for the monies spent to be hidden from the public record is at a minimum a violation of the Ontario government’s financial policies,” Deputy Commissioner Blair wrote. “These incidents add to my concerns about maintaining the integrity and independence of the OPP from undue political interference.”

He wrote in the letter that Mr. Ford requested specific security detail staffed by officers the Premier was comfortable with, and “expressed displeasure that this request was not being acted on by the OPP.” Deputy Commissioner Blair said Mr. Ford requested a face-to-face meeting with former OPP commissioner Vince Hawkes, and said if Mr. Hawkes would not address the issue “perhaps a new Commissioner would.” “Ultimately, the Premier’s request was approved and implemented by the OPP,” he wrote.

Mr. Ford has defended the hiring of Supt. Taverner, a long-time family friend, to lead the provincial police force. Last week, the Premier told reporters that he didn’t need to recuse himself from a cabinet meeting where Supt. Taverner was appointed because the hiring was recommended by an independent panel.

Mr. Ford’s defence came amid revelations about changes to the job posting that allowed Supt. Taverner to apply for the position, and confirmation that Supt. Taverner’s former boss, deputy minister Mario Di Tommaso, was part of the three-person hiring committee.

At the time of Mr. Di Tommaso’s appointment by the Ford government in October, Supt. Taverner publicly applauded the move as an inspired choice. A spokesman for the cabinet office previously told The Globe and Mail that recruitment for OPP commissioner was an open competition involving an external search firm.

“There was no political involvement in the selection process,” spokesman Craig Sumi said.

Opinion
Is police independence at risk in Ontario?
December 10, 2018 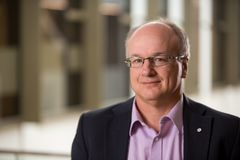