The Ontario Real Estate Association is urging the provincial government to “fix the broken real estate disciplinary system" by beefing up enforcement and investigative powers.

Chief executive officer Tim Hudak, a former Progressive Conservative Party leader, said in a letter sent Tuesday to Government and Consumer Services Minister Lisa Thompson that recent disciplinary decisions have had a “devastating impact” on the profession and consumer confidence.

“As I am sure you can appreciate, a broken disciplinary regime affects both those individual registrants working in the profession and consumers alike while significantly undermining the profession as a whole,” Mr. Hudak, whose group represents 78,000 realtors, said in the letter obtained by The Globe and Mail.

Ms. Thompson said her government would include the association’s suggestions as part of its continuing review.

“Creating a safe and secure environment requires evaluating oversight of the industry as a whole and ensuring that there are not incentives for bad behaviour,” she said in a statement to The Globe.

“Evaluating the existing oversight framework, including how oversight occurs and what the consequences are for breaches are major elements to our active policy review.”

The letter comes after a July 10 Globe report outlining how a quasi-judicial appeals tribunal recently rejected a proposal from the Real Estate Council of Ontario (RECO), the regulator responsible for enforcement and consumer protection, to revoke the licence of a realtor it had accused of theft. The tribunal’s refusal has left the industry regulator mulling whether to seek judicial review in Divisional Court.

Mississauga realtor Akbar Zarehhossainabadi – who uses the shortened Zareh – faced five allegations around financial and personal misconduct, the most significant being “a large-scale theft from a residence listed for sale by him.” In a previous interview with The Globe, Mr. Zarah said the word “theft” was misused. RECO raised concerns about his finances, business practices and personal conduct, as well as Mr. Zareh’s 2009 conviction on a sexual-assault charge involving a former employee. The vice-chair of the Licence Appeal Tribunal and adjudicator, however, ruled that a criminal conviction does not necessarily preclude registration, and revocation is not the only remedy available.

In his letter, Mr. Hudak called for three changes to the Real Estate and Business Brokers Act, 2002 (REBBA), which is under government review. He said the License Appeal Tribunal, made of up of political appointees, “has had a demonstrably poor track record of punishing those who break the rules, even in circumstances involving criminal behaviour.”

Mr. Hudak called for RECO’s discipline and appeals committee to be given the authority to revoke and suspend licenses; to order a registrant to repay all, or a portion of, any financial gain from a breach of the ethics code; and for greater authority to pro-actively investigate violations.

“If implemented, these three changes would go a long way to sending a powerful message that the provincial government will not tolerate unethical activity in such a critically important part of Ontario’s economy – the real estate sector,” Mr. Hudak said. 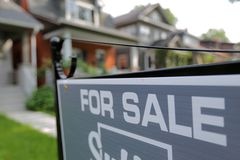 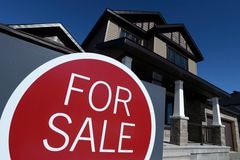