Seamus O’Regan, the former minister of veterans affairs, says a defamation suit launched against him by a veterans’ advocate should be thrown out because his statements were merely part of a political debate and the advocate’s reputation was not threatened.

In filing a response to the lawsuit commenced against him by Sean Bruyea, Mr. O’Regan, who is now Indigenous Services Minister, asks the Ontario Court of Appeal to agree with a lower-court ruling that the public interest served by the “measured and reasonable response” by the minister to a column written by Mr. Bruyea outweighs any harm Mr. Bruyea claims to have suffered.

“The central question is whether the meaning conveyed [by Mr. O’Regan’s written words] threatened the plaintiff’s actual reputation,” says the document, which was filed with the court this week. “The law of defamation is not meant to stifle public interest debate to compensate for any perceived slight.”

Mr. Bruyea is claiming $25,000 for the damage he says Mr. O’Regan did to his reputation in a column the then-Veteran Affairs minister wrote last March in the Ottawa newspaper, The Hill Times.

Mr. Bruyea had disparaged the federal government’s proposed lifetime pensions for disabled Armed Forces personnel in his own column in The Hill Times in February. He calculated that they will pay veterans who apply for benefits after March, 2019, less than those who are already in the system – and much less than what is given to veterans, like him, who applied before 2006 and fall under the old Pension Act.

The Parliamentary Budget Officer will assess the claims in a report to be released on Thursday.

Even though Veterans Affairs bureaucrats told Mr. O’Regan’s office that Mr. Bruyea’s numbers were largely correct, the minister responded in his column by accusing his critic of “stating mistruths,” making “numerous other errors” and writing to suit his “own agenda.”

But government lawyers acting on behalf of Mr. O’Regan convinced Deputy Justice David Dwoskin to throw out the case on the basis of Ontario’s Protection of Public Participation Act, an anti-SLAPP (strategic lawsuit against public participation) law, which was created to discourage the use of litigation to stifle debate in the public interest.

Mr. Bruyea says the government’s use of the anti-SLAPP law to halt his suit is a “novel and troubling application” of that legislation. He has hired well-known human-rights lawyer Paul Champ to argue his appeal, which is scheduled to be heard on June 13.

The factum that Mr. Champ filed with the appeal court says that, in typical SLAPP suits, the more powerful party is the plaintiff and is using the courts to gag an individual citizen who is expressing views about matters of public interest.

It goes on to say that Mr. Bruyea has provided no evidence that his reputation has been harmed and that, ultimately, what divided the veterans’ advocate and the minister “was not objectively verifiable scientific fact but opinion.”

Even so, says Mr. O’Regan’s statement, his opinion was “reasonably founded” and then goes on to cite some of the same e-mails sent to his office by officials in the Veterans Affairs department that say Mr. Bruyea’s numbers are mostly correct.

It also says there is nothing to suggest that his statements about Mr. Bruyea were motivated by malice.

“The Minister had a duty to speak broadly on issues of public concern to the electorate, and provide information with respect to programs administered by his department,” the statement says. “The Minister should be able to respond to criticism about the program he was responsible for without being made liable to defamation.” 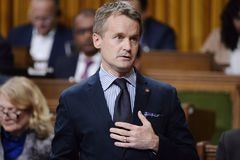 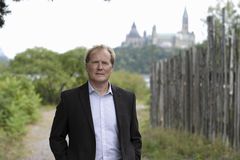 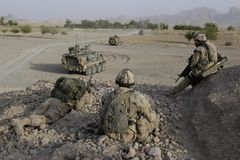