The Canada Border Services Agency has dropped its bid to bar a Russian-born woman from joining her husband in Canada, yielding to a court finding that there was no ground to believe she once was a spy.

The CBSA alleged that Elena Crenna spied on a Canadian-sponsored housing project in Russia during the 1990s. However, the Federal Court ruled in April that Ms. Crenna didn’t engage in anything secret or covert.

On Monday, the CBSA told the Immigration and Refugee Board (IRB) that it would not pursue the case further.

She added that the case raised questions about the government’s decision to pursue a case without merit.

“It has been over four years of constant stress and financial loss for us. We are back on the road to recovery now,” Ms. Crenna’s husband, David, said in an e-mail to The Globe and Mail.

Ms. Crenna had to leave Canada last year over fears of a deportation order. She is now in Vermont, her husband said.

Mr. Crenna can now resume the paperwork to allow his wife to become a permanent resident in Canada. However, spousal sponsorship applications have been delayed because of the COVID-19 pandemic, Ms. Gerami said.

In his decision in early April, Justice Henry Brown ruled that Ms. Crenna’s file must be decided again by an IRB adjudicator within six months. The judge said the case had to proceed promptly because Ms. Crenna is in her late 50s, Mr. Crenna in his mid-70s and their sponsorship application was filed seven years ago. “That is long enough. … The delay is largely attributable to the [government]‘s action,” the judge wrote.

Ms. Gerami said the adjudicator had to tell the CBSA to file its position by Friday. Instead, the government applied to withdraw the appeal.

“They sat on it for three more months while this couple suffered isolation during COVID,” Ms. Gerami said.

The Crennas’ troubles stem from a housing project northwest of Moscow that the Canada Mortgage and Housing Corporation partly sponsored as a way to promote building technology to the Russian market.

Ms. Crenna, who went by the name Elena Filatova at the time, was working as a translator for the project.

According to court testimony, she was contacted in June, 1994, by an agent for the Russian Federal Security Service. She reported this to the project’s co-ordinator, Mr. Crenna, who told her to co-operate because “we [the people running the housing project] have nothing to hide.”

At the time, Mr. Crenna was her boss and the two were not yet in a romantic relationship, which began in August, 1994, Justice Brown noted.

“I am unable to reasonably find any reason to believe the applicant was engaged in anything secret, clandestine, surreptitious or covert,” the judge’s decision said.

The Crennas reconnected in 2008, married four years later and applied for her permanent residency.

The Canadian Security Intelligence Service interviewed her and didn’t object to her application, but the CBSA objected in 2016. However, an IRB adjudicator who reviewed the case in 2018 said the CBSA was not able “to identify any clear risk to Canadian interests.”

The adjudicator, Marisa Musto, said the CBSA’s allegation that Ms. Crenna was a “sex spy” sent on a seduction mission was based on a book by a Russian defector that was “vague, highly contested and apparently unconfirmed by independent and unbiased sources.”

A spokeswoman for the CBSA said the agency could not immediately comment on the case because its remarks needed to be reviewed for privacy concerns. 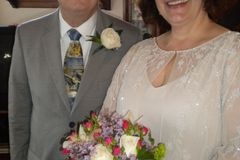 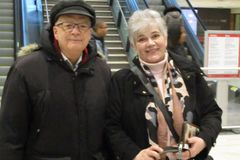