Health Canada intends to reclassify the opioid painkiller tramadol as a Schedule I narcotic, which would place new restrictions on how it is prescribed as a way of reducing dependence and abuse.

The move comes seven months after a report found tramadol prescriptions rose 30 per cent from 2012 to 2016 in Canada. The government has since faced public pressure from addiction experts to take action on the rising rates of abuse of the drug.

David Juurlink, an opioid expert and head of clinical pharmacology and toxicology at Toronto’s Sunnybrook Health Sciences Centre, said the decision to add tramadol to Schedule I is long overdue.

“I’ve seen patients who have been put on tramadol because their doctors did not realize it is effectively an opioid,” he said. “The current scheduling of tramadol misleads doctors about the drug’s safety.”

Tramadol is not a traditional opioid. It's a painkiller that is metabolized into opioid compounds by the liver.

The federal government originally proposed adding tramadol to Schedule I in 2007, stating that “it is reasonable to foresee that higher dose formulations of tramadol may be abused or misused in the future.” But after lobbying from companies selling the drug, plans to place restrictions on tramadol were shelved.

“They really dropped the ball on this,” Dr. Juurlink said. “People have been harmed as a result.”

In an e-mail, Health Canada spokeswoman Maryse Durette said the decision to reclassify tramadol was based on a 2018 review of the scientific evidence on the reports of “problematic use of tramadol and the rise in reported deaths” related to the drug. Since 2008, she wrote, there have been 78 adverse events reported relating to the problematic use of tramadol, including 14 deaths. “Given the ongoing devastating impacts of the opioid crisis, Health Canada is moving forward with a proposal to schedule tramadol.”

While adding tramadol to Schedule I would place new restrictions on how the drug is prescribed – for instance, patients would not be able to phone in requests for refills to their pharmacy – the most important part of the proposed new change is the message it sends to doctors, Dr. Juurlink said. Making tramadol a controlled substance telegraphs that the drug has the serious potential to lead to dependence, misuse and addiction, he said.

“[Tramadol] should be treated with the same sort of respect as other opioids as opposed to something that is implied to be safer by virtue of its categorization,” Dr. Juurlink said.

Health Canada announced its intention to reclassify tramadol in the Canada Gazette, the federal government’s official newspaper, on Saturday. The department said tramadol “can produce dependence and euphoria, and has the potential for problematic use.” The drug is also linked to seizures, respiratory failure and other serious health problems Health Canada said.

Tramadol is often described as a "weak" opioid, but when it's ingested, it is metabolized into M1 and M5, opioids that can be highly potent.

A report published in November by the Canadian Institute for Health Information showed that prescriptions for tramadol increased 30 per cent from 2012 to 2016. The drug was in the top six of the most frequently prescribed opioids in Canada. According to the CIHI report, tramadol misuse or abuse in the United States was responsible for a rise in emergency-room visits from 6,255 to 21,649 between 2005 and 2011 – an increase of roughly 250 per cent.

Tramadol first came on the market in Canada in 2005 as a low-dose non-narcotic painkiller typically made in combination with acetaminophen, the generic drug name of Tylenol.

The public can provide feedback on the proposed reclassification until the consultation period closes in about two months. 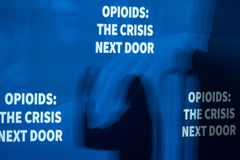