A historic agreement to save endangered southern mountain caribou in northeast British Columbia has been recognized as reconciliation in action, coming on the same day tensions peaked in Canada over Indigenous land rights and resource developments that have resulted in blockades and arrests.

Federal Environment Minister Jonathan Wilkinson said Friday the agreement represents bold action to support the survival and recovery of an iconic caribou population, which is down to 230 animals, but he also said the deal represents successful co-operation on a challenging issue.

“This is a very good day,” he said during a news conference. “This agreement is a model for caribou recovery efforts across this country. By entering into this partnership agreement, we are supporting reconciliation as well as environmental stewardship.”

The federal and B.C. governments along with the West Moberly and Saulteau First Nations signed the long-awaited agreement to protect the endangered herd in the Dawson Creek area of B.C.

Saulteau Chief Ken Cameron said the agreement sends a message that goes beyond the caribou habitat and should be viewed as a signal that respectful negotiation and co-operation produces results.

“Most Canadians, and myself included, are starting to wonder if there was anything real to the word reconciliation,” said Cameron. “Today is an example that we can achieve reconciliation.”

In Ottawa on Friday, Prime Minister Justin Trudeau said the rail barricades – erected in support of Wet’suwet’in hereditary chiefs’ opposition to a natural gas pipeline in their territory – had to come down and the onus was on the chiefs to come to the table.

Wet’suwet’in Nation Chief Woos responded, saying they agree to negotiate, as long as the RCMP leaves their territory in northern B.C. and the pipeline builder, Coastal Gas Link, stops its work.

Chief Roland Willson, of the West Moberly First Nations, said his people have deep spiritual and survival links to the caribou and now that the species is struggling to survive, the time has come to help the threatened animals.

“We are interconnected with them,” he said. “They are a part of our lives. They were there for us when we needed them. We have to be there for them now.”

Local residents have voiced concern about the impact the caribou recovery plan may have on their communities.

A West Moberly issued a statement saying “the partnership agreement will not close hiking, fishing or camping sites in the back country, and will not shut down mills, mines, or pipelines.”

The partnership deal focuses on saving the central herd, but the federal and B.C. government reached a bilateral agreement to work toward protecting the remaining herds, said Wilkinson.

The minister acknowledged the negotiation process to reach the deal created issues among communities and industries in the northeast over concerns the protection plan would hurt business and restrict recreational land access.

B.C.’s forest industry said it supports caribou recovery efforts, but the agreement will result in fewer areas to work and could hurt local economies.

“We are deeply disappointed that the separate partnership agreement signed today permanently removes a significant amount of fibre from the timber harvesting land base and creates additional operational uncertainty,” said a joint statement from the BC Council of Forest Industries and the Forest Products Association of Canada.

B.C.’s Opposition Liberals said the plan ignores residents of rural B.C. who believe protecting caribou was placed ahead of their livelihoods and recreational interests. The Liberals say the deal was largely negotiated without input from local governments and industry officials.

“Moving ahead without any meaningful input from the general public shows (Premier) John Horgan’s disregard for this entire region of B.C.,” said the area’s Liberal MLA Mike Bernier in a statement.

Horgan appointed former Liberal cabinet minister Blair Lekstrom last year to review those concerns and make recommendations to the government, but Lekstrom recently quit, saying the New Democrats were not prepared to reopen the deal to allow more local participation.

The agreement was praised by environmental groups who say habitat destruction has put caribou on the brink of extinction.

“I look forward to the day when Chief Ken Cameron and Chief Roland Willson can watch as caribou migrate over hilltops in the high hundreds, a sight that hasn’t been seen in the Peace region for decades,” she said in a statement.

“The caribou is a keystone species, an indicator of the health of the land,” he said. 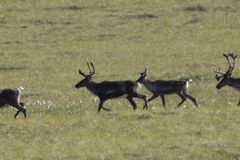 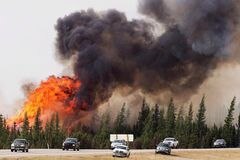