Last year, the Department of Fisheries and Oceans aimed to restrict wild chinook harvesting across B.C. by 25 per cent to 35 per cent. But Rebecca Reid, DFO’s regional director general for the Pacific region, said these reductions were not enough to protect the rapidly declining salmon stocks.

“Unfortunately, we are at the point where bold action is required,” Ms. Reid said.

Of 13 wild chinook populations in the Fraser River, only one was assessed in November by the Committee on the Status of Endangered Wildlife in Canada as not being at risk. The population declines are attributed to the loss of freshwater habitats and warming ocean temperatures due to climate change.

The measures announced Tuesday include habitat protection and restoration, improved stock assessment and research on the role of hatcheries and how seals and sea lions may be affecting chinook.

An array of restrictions across fish harvesting sectors was announced. Commercial troll fisheries for chinook will be closed until Aug. 20, after migrating populations have passed through. The wild salmon are anadromous, which means they spawn in freshwater river systems before migrating to the northeast Pacific.

For recreational fishing, anglers must catch and release in areas where at-risk chinook are found until midsummer. These areas include the west coast of Vancouver Island, the northern and southern Strait of Georgia, the Johnstone Strait and the Strait of Juan de Fuca. Afterwards, they can retain one or two chinook a day until the end of the year, depending on the region.

Fraser River recreational fisheries will remain closed for salmon until at least Aug. 23. Over all, the total annual limit for chinook that one person can retain in a season is being reduced from 30 to 10.

According to Owen Bird, the executive director of the Sport Fishing Institute of B.C., the recreational fishing sector is invested in improving the protection of wild salmon species. But he said these new measures will harm small communities and the reputation of B.C.’s sport fishing and tourism sector, which Mr. Bird said generates $1.1-billion in economic activity.

“The damage this would cause [to communities] is absolutely not equal to the conservation benefits being proposed,” said Mr. Bird, adding he hopes the government will step in to offer compensation for these losses.

Mr. Bird also said commercial salmon fisheries take more of all salmon species than any other fisheries do.

But Greg Taylor, a representative of the marine conservation caucus, which comprises members of conservation organizations who advise the DFO, said some populations of endangered Fraser River chinook are mainly harvested by First Nations fisheries and recreational anglers.

The rights of First Nations to fish for food and social and ceremonial purposes are constitutionally protected. But even they will only be able to catch and retain a limited number of fish as of July 15, the same time as the recreational retention fishery begins.

Mr. Taylor said the approach of the DFO is the right one, but whether it will be effective is another story.

“It really will come down to whether the department is prepared to monitor the actions they’re proposing to take,” Mr. Taylor said.

B.C.’s southern resident killer whales depend on chinook for prey. The orcas are also endangered, and their declining health and numbers were a factor when the Federal Court of Appeal quashed the National Energy Board’s approval of the Trans Mountain pipeline expansion last August. The court ordered the NEB to reassess the impacts of increased oil tanker traffic on the whales. 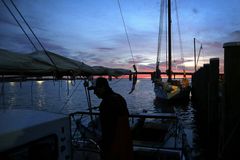 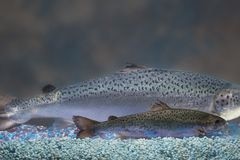