Ottawa is providing $77-million in funding to help slaughterhouses and other food producers outfit their employees with protective gear and adapt their plants to facilitate physical distancing – a move aimed at ensuring workplace safety and a stable food supply.

The unions representing workers and inspectors say the approach is misguided, and they are reiterating their calls for the temporary shutdown of plants hit with COVID-19.

Tuesday’s announcement came one day after Cargill Ltd. reopened its High River, Alta., beef slaughterhouse following a two-week closure due to labour shortages caused by the illness. The plant is the site of Canada’s single largest COVID-19 outbreak; nearly half of the facility’s 2,000 workers have tested positive in recent weeks. The country’s second-largest outbreak is at another Alberta slaughterhouse, JBS Canada’s facility in Brooks, which has 487 cases and has cut its processing capacity in half. Together, the slaughterhouses account for roughly 70 per cent of the country’s beef production.

The $77-million is part of a wider $252-million package announced Tuesday, which includes support for hog and cattle producers who are facing rising costs associated with having to keep their animals longer because of decreased processing capacity.

A recent Globe and Mail investigation into the Cargill outbreak revealed that as the virus spread among workers, the company did not widely distribute face masks. Multiple employees also told The Globe that efforts to facilitate physical distancing on the line, where employees work elbow-to-elbow as they break down carcasses, came too little, too late. One Cargill employee has died: Bui Thi Hiep, a 67-year-old originally from Vietnam; five others were in intensive care as of Thursday. The company plans to hold a moment of silence in Ms. Hiep’s honour at the plant Wednesday morning.

In his daily briefing, Prime Minister Justin Trudeau said that while workplace safety falls under provincial jurisdiction, Ottawa is stepping in to help keep employees healthy and make sure grocery stores remain stocked. “The responsibility [for workplace safety] is shared between owners and operators of the plants and provincial governments, but the federal government is happy to be part of creating solutions in this situation,” he said. “We’re in an unprecedented crisis and we need to keep people safe. We also need to ensure a supply of food for Canadians.”

Hours after the Prime Minister’s announcement, the Alberta NDP said it will call for an emergency debate on the “dangerous reopening of the Cargill plant and the status of other large workplace outbreaks” when the provincial legislature reconvenes Wednesday.

The Cargill plant on Monday resumed operations on its harvest floor, where cattle are slaughtered, and on Wednesday, it will reopen the fabrication department, where meat is cut and packaged. The company said all employees are now required to wear masks, and that if partitions between work stations are not feasible, staff will be given face shields. Provincial health and safety officials are on site this week.

Two harvest employees who have gone back to work told The Globe that while Cargill has so far made good on its promise to better protect labourers, the real test will come when the slaughterhouse is running full tilt. The employees estimated that less than half of their colleagues showed up to work Monday, which slowed production. The Globe is not identifying them because of privacy concerns and fears about workplace reprisal.

“They are more serious about distancing,” said one of the employees, who works on the night shift. “But it is difficult to know if it is now safer because [fabrication] is not yet running and [the] kill floor is not in full capacity.” If Cargill maintains a reduced line speed and cuts its daily output, he said, there will be enough space to work safely. He noted that the company has provided workers with masks and face shields.

In a statement, Cargill spokesman Daniel Sullivan said the company is reviewing the federal government’s funding announcement to “determine any impacts to our operations.” He said the High River plant has reported “good attendance” on all shifts so far this week and he said fabrication remains poised to reopen Wednesday.

The federal agriculture department said multinational companies with operations in Canada, such as Cargill and JBS, are eligible for funding. In a call with reporters Tuesday afternoon, Agriculture Minister Marie-Claude Bibeau said the main goal is to increase domestic processing capacity while better protecting workers.

The union representing employees at the Cargill and JBS facilities criticized the funding announcement, saying it would prefer an independent, objective investigation into the causes of the outbreaks.

“It is unfortunate that the major government response to these outbreaks is not to close the plants and support their workers as they recover from work-related illnesses,” said Thomas Hesse, president of the United Food and Commercial Workers Local 401. “Instead, the federal government is throwing even more money from the pockets of ordinary Canadians at wealthy corporations. We need an inquiry, not a corporate handout.”

The Syndicat Agriculture Union, which represents federal inspectors, said the announcement “misses the mark.” The union questions whether the money will actually translate into better-equipped slaughterhouse workers and said it will not solve problems associated with cramped locker rooms and hallways.

“You can give processors all the money you want,” the union said in a statement. “The fact is, there is a shortage of personal protective equipment.” Inspectors with the Canadian Food Inspection Agency must be on site any time slaughter activity is taking place; as of Monday, 18 of the 55 or so CFIA workers assigned to Cargill’s High River plant had tested positive for COVID-19.

The $252-million package also includes $125-million to support hog and cattle producers who must keep their livestock on a high-calorie diet for a prolonged period because of slaughterhouse closures and slowdowns. The Canadian Cattlemen’s Association, which represents 63,000 beef farms and feedlots, estimates that processing capacity is currently down as much as 40 per cent.

In a virtual town hall with meat-industry groups, the association said the $50-million earmarked for beef producers is not enough to ensure the industry thrives. The Canadian Pork Council said the announcement provides “little meaningful support” for hog producers.

The president of the Canadian Federation of Agriculture, which represents 200,000 farm families, said in an interview that the Prime Minister’s announcement falls far short of the $2.6-billion in assistance the group called for last week. “I could show you my inbox of e-mails since the announcement and there’s not one encouraging one,” Mary Robinson said. “There’s a lot of absolute alarm.”

Mr. Trudeau said the funding is an “initial investment” and that the government recognizes that more will have to be done as needs increase. But Ms. Robinson said vague statements about further potential assistance is not helpful to farmers who are wondering, right now: “When is it coming? Do I keep fighting or do I walk away?” 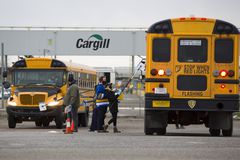 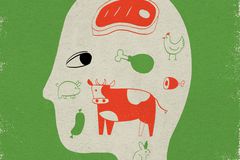 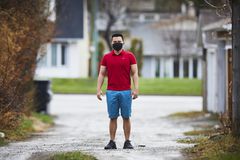 Follow Kathryn Blaze Baum, Tavia Grant and Carrie Tait on Twitter @KBlazeBaum @taviagrant @CarrieTait
Report an error Editorial code of conduct
Due to technical reasons, we have temporarily removed commenting from our articles. We hope to have this fixed soon. Thank you for your patience. If you are looking to give feedback on our new site, please send it along to feedback@globeandmail.com. If you want to write a letter to the editor, please forward to letters@globeandmail.com.
Comments