Ottawa is going around the Manitoba government in order to give $5.4-million in carbon tax revenue to the province’s schools in the latest carbon-tax battle between the federal Liberals and a provincial Conservative government.

Manitoba’s share is from $60-million available this year for schools in the four provinces affected by the federal carbon price – Ontario, Manitoba, Saskatchewan and New Brunswick.

Although all four governments are opposing the tax in court, only Manitoba wouldn’t agree to work with the federal Liberals to distribute the funds to local school boards.

Ottawa expects to raise about $2.3-billion this year from the $20 levy it is applying to fuels for every tonne of greenhouse gas emissions they produce when burned. Ninety per cent is being returned to individual households through income tax rebates, but some was set aside to help small businesses, schools, universities, hospitals, municipalities and Indigenous communities.

Alan Campbell, president of the Manitoba School Boards Association, said he felt the need to step in after federal Environment Minister Catherine McKenna said the funds for Manitoba schools would be instead go to municipal governments, hospitals and universities.

He said school boards have higher costs because of the carbon tax, including for heating school buildings – some of which are a century old – and running bus fleets. He said board trustees have to do what they can to avoid raising school taxes to cover those additional costs.

“This opportunity for us to take some of the revenue that’s been generated through that tax and reinvest it into the schools that are owned by the communities that we represent is important,” he said.

Mr. Campbell acknowledged there were some concerns raised about wading into the political hostilities around the carbon tax because the association and school boards are not partisan. But he said in the end it was more important to not let Manitoba schools miss out on funds that can help them reduce carbon tax costs by investing in things such as better windows and more efficient furnaces.

In a statement Wednesday, Ms. McKenna said the goal was only to help schools.

“We were disappointed that, in Manitoba, the option proposed for schools to get their share of the revenues from our climate plan could not proceed as originally planned,” she said. “But where there’s a will, there’s a way.”

The school boards association contacted Prime Minister Justin Trudeau on July 24th. Mr. Campbell said once talks began, “it was hours and days” before the agreement was developed.

Mr. Pallister said Wednesday he didn’t “oppose” the money for schools, but rather that it would be “unprincipled” for the government to take money from carbon tax revenue since Manitoba doesn’t agree with the measure.

“I said that Manitoba is not going to be part of a mirage,” he said.

Manitoba is one of three provinces with a court challenge against the federal government’s decision to impose a carbon price on provinces that didn’t have their own equivalent carbon pricing system. Courts in Saskatchewan and Ontario have rejected provincial arguments in separate decisions this spring, and both rulings are being appealed.

Manitoba was going to impose its own carbon tax initially, but Mr. Pallister suddenly scrapped that plan last October.

The school boards association will receive the funds through an agreement with Ottawa, and then distribute them, likely on a per-student basis, to school boards who can show they will use them for the intended purpose.

With files from Steve Lambert in Winnipeg 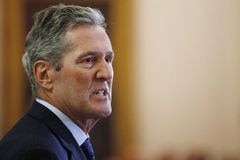 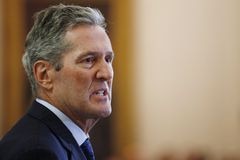 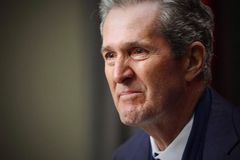