The federal government has released its long-awaited smartphone app that can alert users if they have been in contact with someone who has COVID-19.

The free software, known as COVID Alert, is available to anyone through both the Apple or Google app stores, though the service it provides is currently only applicable to those living in Ontario.

At a news briefing in Ottawa on Friday, Prime Minister Justin Trudeau said his government is in discussions to extend the app to Atlantic Canada next and then to other regions of the country.

Use of the app is voluntary, but it will be more effective if it is widely adopted.

“This is another tool to protect your health,” Mr. Trudeau said. “The more people use it, the better it can trace and therefore slow the spread of the virus.”

COVID-19 officials issue advice for lovers in a dangerous time

After COVID-19, city parks need to make room for everyone

The app relies on the wireless technology known as Bluetooth, which allows phones to communicate directly with one another without a third-party intermediary. Once installed, the app regularly checks a list of random number codes that have been given out by provincial health agencies to people who have tested positive for COVID-19. When someone using the app chooses to enter his or her code, it will alert all others whose phones were within two metres of that user’s phone for at least 15 minutes during the previous 14 days.

Federal officials have stressed that the tool is best described as an “exposure-notification app” rather than a “contact-tracing app” because it does not impart information about user identities or locations. The latter type includes encrypted information that can be accessed by health authorities to notify and follow up with people who have potentially been exposed.

Since the outset of the pandemic, several countries have sought to harness smartphones to battle the spread of COVID-19. While several research groups within Canada were quick to develop apps, the federal government has moved slowly toward implementation, in part because of concerns over privacy and data security.

On Friday, both Canada’s and Ontario’s privacy commissioners issued a joint statement saying they had completed their reviews of the app and were satisfied with its privacy protections. Both support the use of the app. However, the statement added that because of uncertainty over the effectiveness of the app, its use should be closely monitored and the app decommissioned if it does not achieve its intended purpose.

“Having the privacy commissioner sign-off will, I think, go a long way to getting public buy-in,” said Charlie Angus, MP for Timmins-James Bay and the New Democratic Party’s spokesperson for privacy and ethics. Mr. Angus was among those who had earlier voiced concerns over the app because of privacy issues.

Florian Kerschbaum, director of the University of Waterloo’s Cybersecurity and Privacy Institute, said that based on the information available, the app appears to pass the bar for respecting privacy and trustworthiness.

“However,” he added, “the government is not doing the best possible job in terms of transparency. We are still looking for technical details.”

The privacy review may account for why the app is being launched six weeks after it was first unveiled at a news briefing in June. In the meantime, federal officials said that close to 6,000 people signed up to be beta testers of the app, which has resulted in a more user-friendly experience.

Before Friday’s release, Alberta was the only jurisdiction in Canada operating a contact-tracing app. This has proved a source of some friction now that Ottawa is looking to deploy its own app nationwide. For example, in some cases the Alberta app can only operate if the app is open on a user’s iPhone.

Tom McMillan, a spokesperson for Alberta Health, said the province wants to fix this inconvenience but Ottawa “has prohibited Apple from working with us to implement an update.”

He added that the province supports apps that are interoperable across the country but requires more information on the federal app to do so. Currently, the province’s app has more than 231,000 registered users.

Privacy and co-ordination issues aside, there is also the question of whether the app will achieve its technical aims and correctly identify when two phones are near each other long enough for one phone owner to infect another with COVID-19.

Petros Spachos, a professor of engineering at the University of Guelph, said that because Bluetooth relies on the strength of radio signals between phones to estimate distance, the app could be misled when phones are obstructed or buried within backpacks in a way that might affect signal strength to a small but measurable degree.

“The problem is we’re talking about centimetres,” Dr. Spachos said.

He added that he and his team have developed a fix that relies on machine learning so that a phone can figure out when it may be partly hidden rather than in the direct line of sight of another nearby phone. The work was recently accepted for publication in the IEEE Systems Journal. 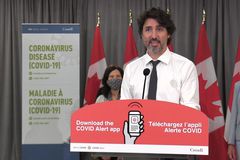 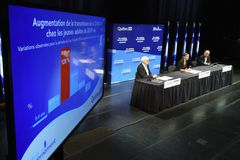 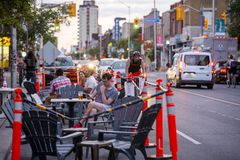 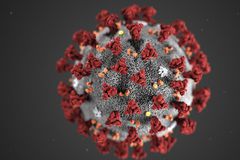