Canada is taking steps to ban a range of everyday plastics as part of a sweeping strategy to push provinces and manufacturers to overhaul recycling and waste-reduction efforts.

Prime Minister Justin Trudeau’s Liberal government on Monday laid out plans to regulate plastic waste as part of a national blueprint to reduce the amount of hard-to-recycle consumer packaging that has swamped city waste programs and is polluting Canada’s rivers and lakes.

Mr. Trudeau spoke Monday at an event outside Montreal, Que. The federal government will look to ban as early as 2021 plastic bags, straws, cutlery, plates, and stir sticks where supported by scientific evidence and warranted, he said.

“Canadians know first-hand the impacts of plastic pollution, and are tired of seeing their beaches, parks, streets, and shorelines littered with plastic waste,” he said in a statement.

“We have a responsibility to work with our partners to reduce plastic pollution, protect the environment, and create jobs and grow our economy. We owe it to our kids to keep the environment clean and safe for generations to come.”

A federal official to whom The Globe and Mail granted anonymity because they were not authorized to speak publicly said Ottawa will begin a scientific evaluation to designate plastic waste as a toxic substance under the Canadian Environmental Protection Act (CEPA), the first step to imposing bans on disposable single-use items and introducing national recycling standards and targets.

The approach is a response to increasing anxiety about plastic pollution and is also an acknowledgment that household recycling has not kept pace with the rapid spread of cheap consumer packaging discarded after a single use: Only 9 per cent of plastics are recycled in Canada.

The official stressed that Ottawa must conduct its own scientific analysis before determining specific items to ban, but said the intent is to align with new European Union regulations, which take effect in 2021. The ban in Canada could encompass items such as plastic straws, coffee cups and stir sticks.

The EU moved in March to ban 10 single-use items, including plastic cutlery, plates and Styrofoam food and drink containers. Lawmakers also voted to compel tobacco companies to pay for public collection of cigarette butts, a major source of plastic litter.

The federal government on Monday will also reiterate a commitment to work with provinces to implement policies to hold businesses that produce or sell plastic products responsible for collecting and recycling them, the official said.

Concern about single-use plastics and other consumer packaging has intensified after China last year prohibited imports of contaminated waste, cutting off a major export market for recycled plastics and pushing up costs for city programs. A number of countries have imposed similar restrictions.

The problem was most recently exemplified by shipments of mislabelled Canadian garbage that languished for years in the Philippines before Ottawa agreed last month to take them back.

Cities and environmental groups have urged a harder line on unnecessary plastics, citing increasing disposal costs and mounting evidence that single-use items and their chemical derivatives are harming wildlife and reducing biodiversity.

The Federation of Canadian Municipalities (FCM) said in May that regulating plastic waste under the CEPA would clear the way to establishing a common policy framework to develop and enforce performance standards and set recycling targets across the country.

Faced with mounting costs to dispose of hard-to-recycle packaging, cash-strapped cities and towns are being forced to choose between effective waste management and other local priorities, FCM chief executive Brock Carlton warned.

In a sign of growing strain, the central Alberta town of Lacombe last month opted to abandon blue-box collection entirely, citing “challenges faced by the recycling industry nationwide.” It faced a 66-per-cent increase in costs to collect fewer items.

“Industry needs to pay for the plastic pollution it creates,” Mr. Carlton told the standing committee on environment and sustainable development, according to a transcript of his May 8 appearance.

“When that happens, price signals will drive industry to redesign packaging and plastic products. It’s the smart way forward, and it is urgent. Our costs are growing as plastic in the waste stream grows, and as global markets for recycled plastics tighten up.”

Last week, Ontario Environment Minister Rod Phillips appointed an adviser on plastic waste to study how quickly the province can transfer the full costs of recycling to large food retailers and product manufacturers.

There is strong evidence to support adding plastic waste to the list of toxic substances under the CEPA, said Elaine MacDonald, director of the healthy communities program with environmental advocacy group Ecojustice.

A similar process laid the groundwork for federal regulations that prohibit the manufacture, import and sale of toiletries that contain tiny plastic microbeads. “It’s a definition under the act and it really is about, [the questions]: ‘Is this substance harming the environment or harming human health?’” she said.

“We’re seeing there’s plenty of evidence out there, based on what other countries have done already, based on scientific analysis and studies that have been done."

About 71 per cent of respondents to a Dalhousie University public-opinion poll released last week said they supported a ban on all single-use plastics used for food packaging.

But such measures can also distract from wider problems, said Sylvain Charlebois, a Dalhousie professor who studies the food industry. “I don’t think it actually goes to the core of the issue,” he said. 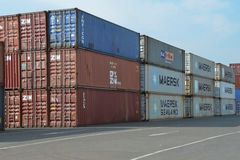 Reduce, reuse, recycle, rejected: Why Canada’s recycling industry is in crisis mode
May 15, 2019 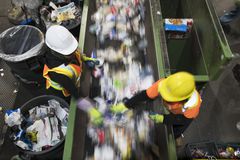 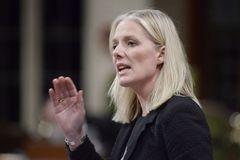