Revelations that wealthy Canadians are getting multimillion-dollar tax breaks for charitable donations that do not go to working charities are prompting calls for more powers for federal tax auditors and stricter rules on how much money foundations must give away.

“It is fair to say we are largely asleep in Canada about this," said Toronto charity lawyer Mark Blumberg, who stressed he was speaking in general, not about any specific groups. “Because of the huge tax advantages of the charity system, we probably need to have more audits."

Canada has two types of charities: Foundations are required to bring in donations solely to fund charity, while registered charities are supposed to spend money doing good works.

Several people in the charity sector are urging action as a result of a Globe and Mail investigation that discovered a web of highly unusual arrangements set up by Vancouver lawyer Blake Bromley, who said he has facilitated some $2-billion in donations over four decades, most to charities his law firm set up.

Investigation: Inside the charity network that has helped wealthy donors get big tax breaks – and their donations back

Over the past decade, the Canada Revenue Agency (CRA) revoked the status of eight charities, most of them foundations, involving Mr. Bromley, citing serious breaches of the law, including facilitating illegal benefits for donors and running unrelated business transactions. However, despite a rule saying anyone involved in a “serious breach” can be barred at the CRA’s discretion from running other charities, Mr. Bromley and his law firm, Benefic Group Inc., carry on.

The Globe’s investigation revealed that a cluster of charitable foundations set up by his firm and still in business do little but hold donated assets and transfer them among themselves. In a few cases, assets or loan payments have flowed back to the original donors or their private foundations in schemes Mr. Bromley arranged.

Mr. Bromley advises his clients on how to maximize tax savings by making donations on paper, usually securities or real estate, to the foundations he has helped set up. The clients get multimillion-dollar tax breaks immediately, equal to the deemed value of the assets. Those donations are of questionable value, however, until and unless the assets are sold. Benefic-affiliated foundations often hold them instead, sometimes for years.

The foundations have used the donations as leverage to finance large projects – including for-profit businesses – supported by the law firm and its clients. Some of the money has also gone to Mr. Bromley’s fees and travel expenses.

“We need to uphold the public trust in charities and I can see this getting even worse if the CRA doesn’t pull up its socks,” said Vivian Krause, a charity researcher who spent a year compiling a large amount of tax-return data on Mr. Bromley’s operation.

“The amount of tax receipted donations is going up by the millions – and the amount going to charities is not.”

The CRA declined The Globe’s request for an interview, but provided numbers showing its auditors spent just 1 per cent of their time last year looking at charities and enforced the law only in rare cases.

“If the CRA identifies non-compliance with respect to registered charities, it uses an education-first approach,” the agency said in a statement. “This means the CRA will generally give a charity the chance to correct its non-compliance through education or a compliance agreement before it resorts to other measures such as sanctions or revocation.”

The union representing many CRA employees said this is frustrating to the auditors, particularly when they do revoke a charity’s status and then see the people involved, like Mr. Bromley, still in business.

“You shut one down and they open up another one … they know how to get around the rules and get theses charities registered,” said Shane O’Brien, spokesperson for the Union of Taxation Employees. “These penalties should be very serious. There needs to be a strengthening of the guidelines and the policies and perhaps even the law.”

A key part of Mr. Bromley’s system involves donor advised funds (DAFs), which are hugely popular in the United States, but are increasingly controversial for holding onto wealth instead of putting it to use for good causes.

DAFs are essentially investment accounts set up by public foundations in which donors deposit assets, including stocks and other property, receive tax receipts immediately and decide later how and when to give any of it to charity.

Millions of dollars worth of donations from Mr. Bromley’s clients has been deposited into DAFs run by an organization called Chimp, founded by his son John in 2011.

Chimp is a charitable foundation, but its online donor services are run by a private company owned by the Bromleys, which, as of the end of 2017, had billed the foundation more than $10-million for its services.

“Charitable giving can be big business,” said Ray Madoff, a Boston College Law School professor and outspoken critic of DAFs. She said the key problem is donors retain control of their money, even after foundations have given them huge tax benefits, ostensibly for giving it away.

“People are getting these tax benefits and society is not benefiting,” Ms. Madoff said. “There is a race to the bottom because [foundations] are all trying to give the donor control.”

Several experts told The Globe that Canada’s legal minimum on how much money foundations must give to charitable causes – 3.5 per cent of total assets per year – is too low.

“Perhaps there should be a per fund requirement of 15 or 20 per cent [for DAFs],” Mr. Blumberg said. “After all, the taxpayer is getting 100 per cent of the tax benefit when they make the donation.”

John Bromley acknowledged not enough donor money is getting to charity, and that the legal minimum should be higher.

“My personal view is that the disbursement level is too low; 3.5 per cent is not adequate,” Mr. Bromley said.

Others in the sector suggest Ottawa should require charities to sell donated securities within a short time frame after the receipt is issued.

“The government has been too hands off. The politicians have been too hands off,” said Ms. Krause, adding that she does not understand why the CRA has yet to ban Mr. Bromley’s father from running any more charities.

“The CRA must not be above scrutiny,” she said. “They go around scrutinizing everyone else. Who is looking at the CRA?” 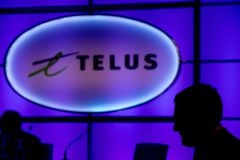 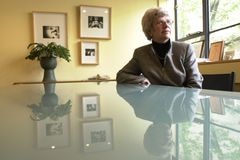