Lee Berthiaume
OTTAWA
The Canadian Press
Published May 19, 2020 Updated May 19, 2020
Comments
Text Size
Please log in to listen to this story. Also available in French and Mandarin. Log In Create Free Account

Prime Minister Justin Trudeau paid tribute to members of the Canadian Armed Forces on Tuesday even as he acknowledged that “very good questions” are being asked about the safety of the Snowbirds following the aerobatics team’s second plane crash in less than a year.

Captain Jennifer Casey, a military public-affairs officer, was killed in the crash. Capt. Rich MacDougall, who was piloting the Snowbirds jet, sustained serious but non-life threatening injuries. The incident followed the deaths of six military members in the crash of a Cyclone helicopter during a training activity while on a NATO mission in the Mediterranean at the end of April.

“This has been a very difficult few weeks for members of the Canadian Armed Forces,” Mr. Trudeau said.

“As we honour [Capt. Casey], we pay tribute to the bravery of all those who serve today. Our women and men in uniform are always there for us. Serving overseas to defend the values we hold dear, working here at home to care for our seniors and lift our spirits with flyovers.”

While the causes of both the helicopter crash and Snowbird crash remain under investigation, the one on Sunday was the second for the aerobatics team since October, when one of the team’s planes crashed in the U.S. state of Georgia. The pilot suffered only minor injuries.

While that crash also remains under investigation, questions have been raised about whether the two incidents are related, including whether there is a problem with the Snowbirds’ 57-year-old Tutor planes.

“I think there are very good questions being asked by a whole lot of people about safety,” Mr. Trudeau said, “first and foremost by the [Royal Canadian Air Force], and there is going to be a proper investigation and we’re going to allow them to do their work before we make assumptions about what might be the outcome of that investigation.”

Snowbirds commander Lieutenant-Colonel Mike French said Monday that while investigators are still assessing the cause of Sunday’s crash, the Tutor jets are regularly torn down and rebuilt like new and undergo regular maintenance to ensure they are safe.

Several retired Air Force officers have similarly vouched for the aircraft despite its age.

They and Lt.-Col. French have also touted the importance of the aerobatics team, which started performing for crowds across Canada and the U.S. in 1970, even as some have questioned whether it should be grounded for good.

Those questions are expected to only grow if problems are identified with the Tutors, which were supposed to have been retired in 2010, and as the federal government looks to cut spending following the COVID-19 pandemic.

“My main concern is for people not to use this as a reason to question the value of the Snowbirds,” former Air Force commander André Deschamps said in an interview.

“It’s an outstanding motivational tool for both recruitment and for the pilots. … It still is a powerful tool for both morale, motivation, engaging with the public. But we have to make sure it’s done safely.”

Defence Minister Harjit Sajjan threw his support behind the Snowbirds on Tuesday.

“The Snowbirds have provided inspiration to Canadians for decades and will continue to do so in the future,” he said in a statement to The Canadian Press.

“The work done by the Snowbirds is an important demonstration of CAF’s ability and is something that brings pride to Canadians,” he said. 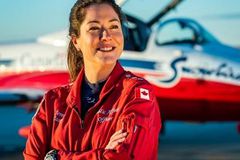 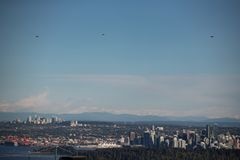 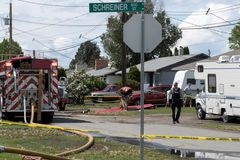 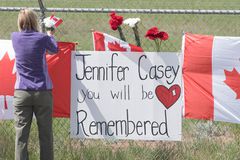