When was the last time the federal government commissioned a great building? This hasn’t happened for half a century in Ottawa, where recent public architecture has been unambitious and underwhelming. That is likely to change with Block 2, a new office complex to be built across the street from Parliament Hill.

Some of the world’s top architects are vying to lead the Block 2 design, in an international competition conducted in collaboration with the Royal Architectural Institute of Canada. Next month, a 25-member jury of parliamentarians, academics and architects, led by the philosopher and novelist John Ralston Saul, will announce a winner from among six shortlisted teams.

These teams unveiled their designs for Block 2 in a public online presentation last week. While they presented a diverse set of visions, whichever is selected will become the most ambitious work of public architecture the capital has seen for many years.

However, it won’t be flashy. Block 2 will be largely an office complex, for the use of parliamentarians and civil servants. It forms part of a 25-year project to rebuild the entire Parliamentary Precinct, the area on and around Parliament Hill. Block 2 is bounded by Wellington, Sparks, Metcalfe and O’Connor streets; this city block currently includes 11 existing buildings and several vacant lots. Two buildings in the middle are reserved for a future Indigenous Peoples’ Space. The remainder will be demolished or incorporated into the new office complex. 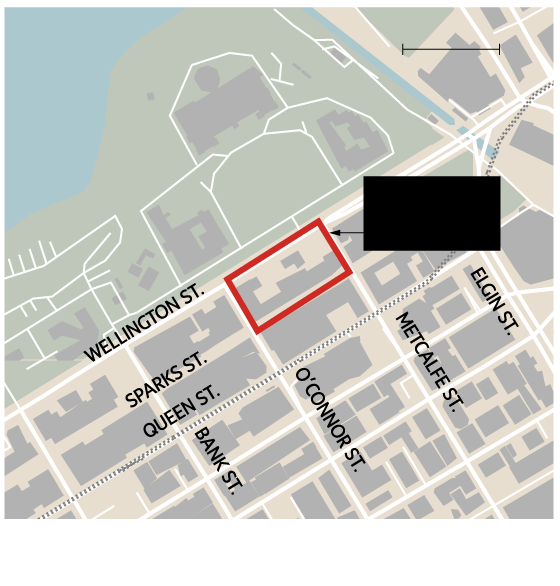 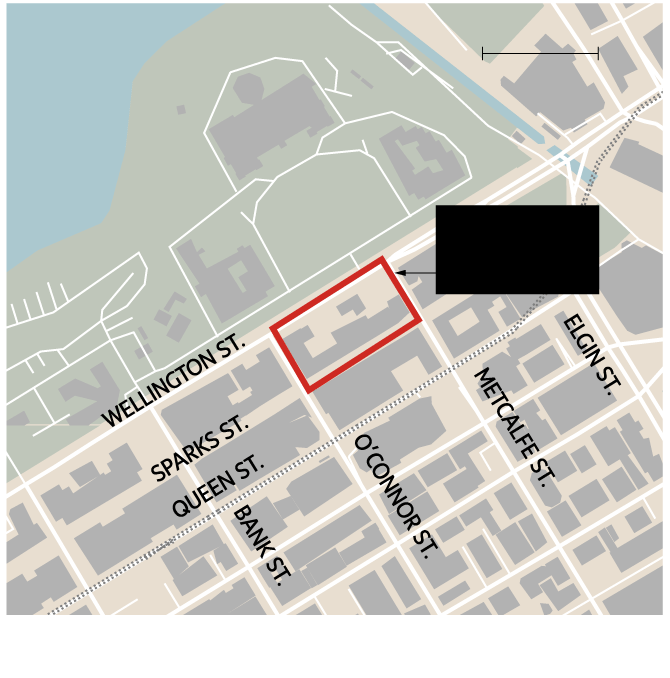 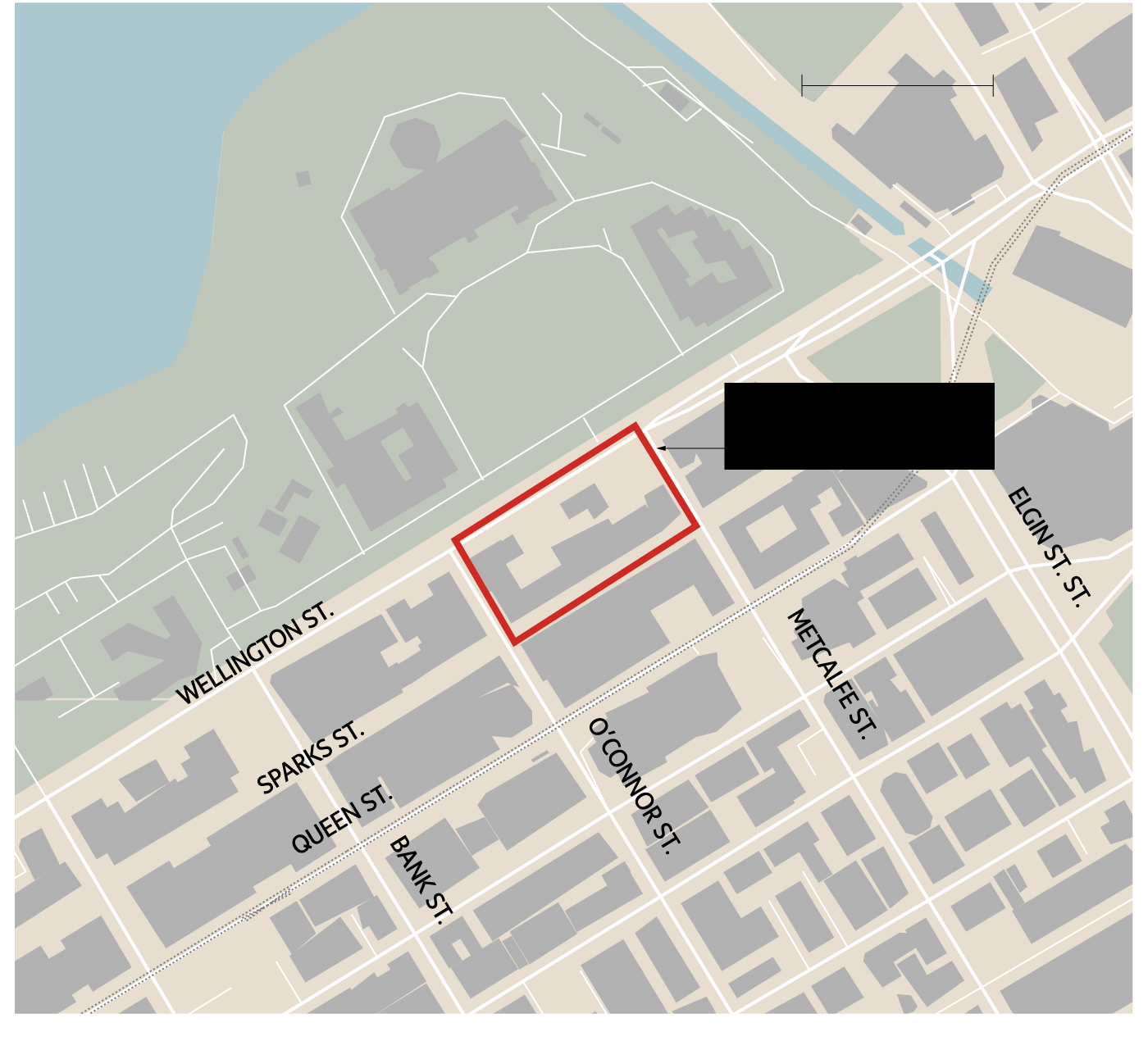 The government launched the process in March, 2021, with a request for qualifications from design teams. Twelve of these were invited to develop a detailed design concept. The jury then whittled them down to six, using an exhaustive set of aesthetic and technical criteria. These many constraints, not to mention the challenge of responding to the Parliament Buildings across the street, make it difficult to create an icon.

Instead the shortlisted designs show sophisticated and varied solutions to the competition’s puzzle. The designers include an international who’s who of contemporary architecture. They nod to the materials and detailing of the triad of Parliament Buildings; they include bold modernist form-making and articulation; and they incorporate thinking from Indigenous architecture.

There are commonalities. Several of the schemes extensively use engineered wood, or mass timber, an attractive and low-carbon material. All of them respond to the competition requirements with a mix of office space, meeting rooms and grand atriums.

But there are also some key differences in approach. The team led by London firm WilkinsonEyre imagines a rooftop C-shaped conference space. The team led by Paris-based Renzo Piano Building Workshop takes liberties with the existing heritage buildings to establish a uniform, monumental facade along Wellington Street. And the team led by Montreal’s Provencher Roy bets heavily on Indigenous design to shape Block 2 itself.

Some of these designs stretch the rules of the competition, which is apt; the main benefit of a design competition is to test different ideas and designers, in order to produce an excellent result. Block 2 is likely to deliver on that aim. Its public areas and street facades will send two clear messages: that the work of government matters, and that public architecture can embody the highest cultural aspirations.

Here are early assessments of the six shortlisted schemes, based on the architects’ video presentations.

Of the six proposals, this is the clear standout. David Chipperfield’s London firm is known for its sensitivity to heritage. This proposal “weaves together past, present and future to create a tapestry of forms and styles,” Mr. Chipperfield said during the presentation. The scheme, created by a team that also includes Toronto’s Zeidler Architecture, retains almost all of the exteriors of the existing buildings. The new ones have mass-timber structural systems and are dressed in panels of recycled copper – a poetic nod to the copper roofs of Parliament.

Inside, two large atriums link the existing buildings on site, unifying floor levels to provide accessibility, while a variety of meeting and hallway spaces feature recycled masonry. The team ­­­– including Mohawk architect Matthew Hickey of Two Row Architect – has also designed a Peoples’ Square that sits alongside a new Indigenous centre and in line with the Peace Tower across the street. At a small scale and at the scale of the block, this promises complexity and variety that could, as the architects suggest, represent the diversity of the country.

This project, by contrast, remakes the facades along Wellington Street into two uniform and finely detailed boxes – the kind for which Renzo Piano’s Paris-based firm is globally known. (Its partners on this project include Montreal’s NEUF.) Clad in clear low-iron glass and limestone, these facades present a timeless and beautiful face to Parliament, topped with rooftop groves of large trees. The other main facade, on Sparks Street, restores and keeps elements of some heritage buildings, as is the case with the other schemes. But this design tops them with precisely carved slabs of glass and arrays of solar panels. If the competition jury wants a statement of uniformity, coherence and precision, there is no proposal better suited for the task.

This team brings together international stars BIG with established Toronto and Ottawa firms. Its vision includes buildings that are multifaceted, literally: New office blocks facing Wellington are irregular in shape, slanting inward from top to bottom to define new public squares around the future Indigenous centre. (Thoughtfully planted rooftop gardens by the landscape architects PUBLIC WORK provide an additional amenity.) The facades arrange Queenston limestone panels into a forceful modernist grid, contrasting with the remaining restored heritage facades. Windows are sized and arranged to control light and heat gain on each facade. Inside, offices and atriums are consistent, and rather bland, in finish and spatial qualities. This scheme aims to balance architectural flash with Ottawan conservatism.

The team led by Montreal’s Provencher Roy focuses hard on the Indigenous component of the project. Working with Aaron Aubin, a Kwakwa̱ka̱ʼwakw urban planner, it imagines, it imagines a round Truth and Reconciliation Tower that stands opposite the Peace Tower and houses committee rooms. This attempts to address a fundamental challenge of this block: the decision to put an Indigenous centre in what used to be the U.S. embassy on Wellington. That 1932 building by architect Cass Gilbert speaks a language of neoclassicism that has strong negative connotations for many Indigenous people. It’s an open question whether the Provencher Roy design of rather corporate-feeling spaces within Block 2 meaningfully solves this problem.

The London architecture firm WilkinsonEyre, which recently completed a new headquarters for CIBC in Toronto, is the dark horse. (Its partners on this project include Ontario firm IDEA Inc.) This team’s design builds on the neoclassicism of the former U.S. embassy building, translating the three-part organization of its facades into an architectural language familiar from contemporary London. To add Canadiana, wooden “trees” of structural timber show up both on the interior and the exterior. Ovoid meeting rooms hang within the building’s large atrium, like berries on stems. This design has a symbolism that is easy to read; however, the busy and mannered approach to the interior architecture may not age well.

The German/American firm Behnisch is known for its commitment to sustainability, and that is reflected in the design of this team, which also includes Ottawa-based Watson MacEwen Teramura. A complex series of atriums and winter gardens on different levels aids in the management of light and ventilation, helping the building complex function for part of the year without mechanical ventilation. Like most of the other shortlisted designs, this one breaks up the mass of the offices into smaller pieces. Stefan Behnisch suggested in his team’s presentation that the architecture should “herald tolerance, inclusion, collaboration and communication.” But it goes further than most, covering the exterior with slanted light shelves that provide shade and capture sunlight with solar panels. The effect, inside and out, is very subtle. Is subtlety the right architectural message? That is for the competition jury to decide.