Erin Weir says he will seek the NDP nomination in his Regina riding despite being ousted from the federal party’s caucus over harassment allegations, a direct challenge to party Leader Jagmeet Singh’s handling of the matter.

Mr. Weir was removed from caucus in May after an independent investigation commissioned by the party upheld several complaints of harassment and sexual harassment against him. At the time, Mr. Singh said the sexual-harassment claims involved Mr. Weir’s failure “to read non-verbal cues in social situations,” and the behaviour “had significant negative impacts on the complainants.”

Mr. Weir said Wednesday it should be up to New Democrats in Regina–Lewvan, the riding he won by 132 votes in the 2015 election, to decide whether he remains a party member, not Mr. Singh.

“The real question is what Mr. Singh intends," Mr. Weir said in a phone interview from Ottawa. "Will he ignore more than 2,000 NDP members in Regina–Lewvan and appoint his own candidate?”

As the NDP caucus holds three days of meetings in Surrey, B.C., Mr. Singh has defended his actions by saying he decided to bar Mr. Weir from running as a New Democrat in next year’s federal election because he believes in a safe workplace. A party spokesperson on Wednesday said in a statement that Mr. Singh’s decision is “consistent” with the Elections Act.

“Mr. Singh has been very clear that as Leader of the NDP he will not allow Mr. Weir to run as an NDP candidate in the upcoming election," Guillaume Francoeur said in an e-mail. "As Mr. Singh stated, his decision is final.”

Mr. Weir is now sitting as a member of the Co-operative Commonwealth Federation, the social-democratic forerunner of the NDP in Canadian politics.

He maintains he has taken measures to atone for the complaints and said he wants to help the NDP with problems it faces, including flagging support in the polls and significant financial concerns. He noted he has been active in the party since he was 15 years old.

After a summer spent knocking on doors, Mr. Weir said he has found substantial support among voters who think he was treated poorly by Mr. Singh.

Mr. Weir also denounced Mr. Singh’s comments this week dismissing a letter signed by more than five-dozen former Saskatchewan NDP MLAs and MPs in support of Mr. Weir. The NDP Leader suggested he would not be intimidated by people of “privilege.”

“I find it disappointing Mr. Singh has tried to dismiss 67 long-serving Saskatchewan NDP MPs and MLAs as ‘privileged’ rather than engaging with the substantial concerns they raised about the lack of due process and common sense they raised,” Mr. Weir said.

Brett Estey, the president of the Regina-Lewvan NDP riding association, said members of the organization have not had an opportunity to reflect on Mr. Weir’s removal from caucus. He said New Democrats have been preoccupied campaigning for a provincial by-election held Wednesday. But he said there is support in the riding for Mr. Weir.

“Within the riding, I would generally say there is a positive view of him from the response I have heard,” he said. “It’s a wide base of support.”

Earlier this summer, Mr. Estey said the riding association sent a letter to Mr. Singh requesting Mr. Weir’s reinstatement. There may have been misconduct, he said, but Mr. Weir has taken steps to deal with his behaviour. The riding executive wrote that given the 132 vote-win in the 2015 election, “the decision to remove Erin from caucus will probably mean the seat will go to the Conservatives” in the next election. The party holds two seats in the province after Mr. Weir’s removal.

“We feel there will be a ripple effect across the province and it will be difficult for the NDP to hold – never mind gain – Saskatchewan seats in the next election.” 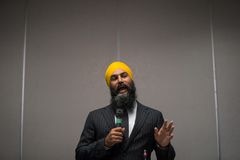 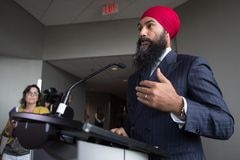 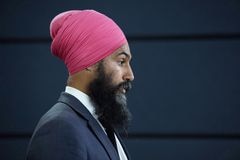