The federal government has reached an agreement with Saudi Arabia to allow more than 1,000 medical trainees to extend their stay in Canada until Sept. 22, buying hospitals an additional three weeks to figure out how to fill the gaps in the health-care system the departures will create.

The medical graduates will be expected to remain working at Canadian hospitals until they are scheduled to leave. But questions remain as to whether many of the medical residents and fellows will ever be able to complete their training and how Canadian hospitals will deal with the loss of so many health-care professionals.

Earlier this month, Saudi Arabia introduced a series of measures designed to retaliate against Canada as part of a diplomatic conflict that erupted after Foreign Affairs Minister Chrystia Freeland publicly called on the kingdom to release jailed human-rights activists. Saudi Arabia ordered thousands of students, including more than 1,000 medical residents and fellows, to leave Canada by Aug. 31.

The residents and fellows work in many different areas in hospitals across the country and finding staff to replace them on such short notice is going to be difficult and complex. For instance, there are 216 Saudi medical trainees working at hospitals in Toronto; 225 based out of the McGill University Health Centre in Montreal; 37 at Kingston Health Sciences Centre; and 26 in Calgary.

“Their absence will be real. We’ll have to figure out the best way to accommodate that,” said David Pichora, president and CEO of Kingston Health Sciences Centre.

In some cases, attending physicians will have to work longer hours to cover the loss and won’t have as much time for their academic or research work. Nurse practitioners and physician assistants will also be working to make up for the loss of the Saudi trainees, he said.

Paul-Émile Cloutier, president and chief executive of HealthCareCAN, said residents and fellows have received letters from Saudi Arabia informing them they will be required to leave Canada at the end of summer, which it now says is Sept. 22, not Aug. 31.

While the new deadline relieves some of the immediate pressure on hospitals, the imminent departure of the Saudi trainees still represents a major challenge for Canadian health care, Mr. Cloutier said.

“It’s a very complicated issue that will have a ripple effect across the system,” he said.

Canada has had a long-standing program in place to allow Saudi Arabian medical graduates to train at Canadian teaching hospitals. The Saudis pay for them to come and practise here. The doctors-in-training receive valuable experience and guidance and they, in turn, provide care to patients in Canada.

Some of the medical graduates have already left Canada and others have made arrangements to leave. In those cases, the trainees won’t be asked to stay on, said Salvatore Spadafora, vice-dean of postgraduate medical education and continuous professional development at the University of Toronto.

He added that the deadline extension could indicate that talks with Saudi Arabia are progressing well and that there may be more good news for the medical trainees.

But for the trainees, the future is still very uncertain, said Andrew Padmos, CEO of the Royal College of Physicians and Surgeons of Canada. Some of them will be eligible to write Royal College exams on Sept. 26 and 27, allowing them to complete their certification. But those eligible to write exams later in the fall or next spring, in addition to those who are not yet in their final year of training, don’t know if or when they’ll be able to complete their training or sit the exams, he said.

“In some cases, they will face the prospect of either never finishing their training or possibly starting over again close to the beginning,” Dr. Padmos said. 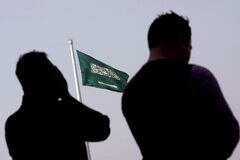 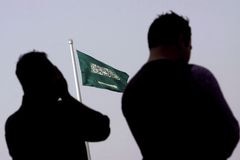 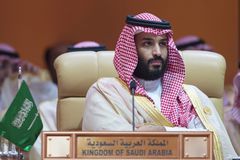