Following a summer campaign in which he opposed the federal carbon tax and defended unpopular cuts to health care, Mr. Pallister fended off a challenge from the New Democrats and their leader, Wab Kinew. On Tuesday evening, Mr. Pallister’s Progressive Conservatives won 36 of the legislature’s 57 seats. The win is just shy of the party’s rise to power in 2016, when it captured the largest majority in more than a century with 40 seats, ending 17 consecutive years of NDP rule.

Back in his office at the legislature on Wednesday, Mr. Pallister said Manitoba’s civil service and Crown corporations will learn next week in new mandate letters how much he expects them to cut. The PC leader said bodies such as Manitoba Hydro and the province’s school boards are too bureaucratic and will need to shed more managers.

“Government is best at growing in its size, especially at the top. And that’s what every business school will tell you about governments and their structures,” he told reporters, laying out his philosophy for his second term. “The research shows we are very top-heavy in our educational structures in the province.”

After focusing in his first term on overhauling parts of the province’s health-care system, which included closing a number of emergency rooms in the Winnipeg area, Mr. Pallister will be turning his eye now to education. He’s commissioned a study, due in early 2020, to guide changes to elementary school and high school.

Any shake-up to education will take place as the returning premier prepares substantial changes to the way schools are funded.

During the campaign, Mr. Pallister promised to balance the province’s budget earlier than expected, moving the date up to 2022. After that, he would begin a decade-long phasing out of the property tax earmarked for education. The $830-million in lost revenue over the first decade would be funded by the provincial treasury.

He also announced that he would lift the provincial sales tax on home insurance, tax preparation and expensive haircuts.

Mr. Kinew, a former musician and broadcaster, said his larger NDP opposition will do what it can to reduce the impact of changes made to the health-care and education systems. However, he warned that he expects the next four years will be difficult for the province.

“If you work in health care or education, or if you’re just a woke Manitoban, you can interpret his campaign as there is a whole lot more austerity coming,” said Mr. Kinew, whose party now has 18 seats, up four from the last election.

The Liberals lost official party status as they shed a seat, and a much-anticipated breakthrough by the Green Party failed to emerge.

Mr. Kinew, who oversaw what he called “generational change” in his party as it elected a number of rookies, said he was proud to have halted the provincial Greens a day before the federal election campaign started.

“The Conservatives are a force, particularly in Western Canada, but the thing I’m proud of is that we may have contributed to the national landscape by keeping the Greens off the map here in Manitoba. To me, that’s important because it sends the sign that the NDP can be the vehicle for solving the climate crisis. Hopefully the federal party can get some of that wind,” he said.

As attention shifts to the federal campaign, ahead of the Oct. 21 vote, Mr. Pallister said that, unlike his fellow conservative Prairie premiers, he does not plan to campaign for federal Conservative Leader Andrew Scheer. He said he’ll stand up to Mr. Scheer or federal Liberal Leader Justin Trudeau when necessary. 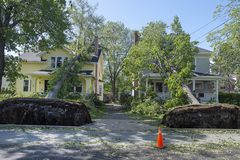 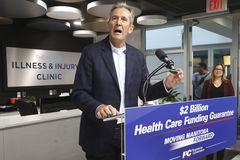