Toronto could have a budget shortfall of as much as $2.76-billion as it struggles to deal with the COVID-19 pandemic, Mayor John Tory said on Friday, calling the outbreak “one of the greatest financial challenges the city has ever faced.”

The new projections are far higher than an earlier shortfall estimate of $780-million, which looked only at a 12-week period through June and assumed no property tax defaults. The new figures look much farther out and the city is acknowledging for the first time that an unspecified number of homeowners will be unable to pay their taxes.

In an interview, the mayor said that a coalition of big-city mayors has raised in passing with Queen’s Park the idea of the province allowing the city to carry shortfalls into next year, which is not permitted by law. But he’s not convinced it’s a good idea.

“It may be a way in which you can kind of get yourself some breathing space,” he said. “But I think in the long term you still have to answer the question: Where are you going to get the money from to pay it back? Because I’m assuming they aren’t going to say you can pay it back over the next 15 years.”

The British Columbia government this week announced that municipalities can carry forward a deficit for a single year. The idea has sparked some criticism, including from Vancouver Mayor Kennedy Stewart, who noted his city would still be on the hook.

According to Toronto’s new projections, a three-month pandemic lockdown followed by a six-month recovery period would mean a shortfall of $1.5-billion. That is framed as the best-case scenario. And the picture becomes considerably more bleak if the pandemic continues. A nine-month lockdown, followed by a 12-month recovery, would cost the city $2.76-billion.

Mr. Tory is calling on higher levels of government to assist, saying the city cannot bounce back on its own. “No question about it, the other governments have to step forward,” he said. "We’re going to need significant help.”

Brian Kelcey, a Toronto-based urban policy consultant, said that a problem for cities in this outbreak is that their relationship with the federal government isn’t structured to allow money to flow in quickly. But he argued that anyone in Ottawa concerned about the “constitutional niceties” of helping cities should simply go ahead.

“If the federal government doesn’t solve this problem swiftly and directly, it’s going to be a problem for a lot of provinces, who have big problems of their own right now,” he said.

“So my free advice to Ottawa is: If you’re worried about what the provinces will say and that’s what’s holding you back, offer to send the money to cities and wait for somebody at the provincial level to be dumb enough to say no.”

Toronto Councillor Joe Cressy went a step further, calling for a “New Deal for cities” by the local, provincial and federal governments.

“Our cities can lead the way back to recovery … but only if we invest in them,” he said in a text-message exchange. “Local governments are uniquely prepared to implement public investments in jobs, infrastructure and social services immediately, and get on-the-ground results.”

Either of Toronto’s shortfall scenarios would represent a substantial chunk of the city’s operating budget, which in 2020 amounted to $13.53-billion. The city can run a short-term deficit but, under the current law, must make up any shortfall by the end of the year.

The city has no mechanism by which it can easily generate billions of dollars. Boosting property tax – one of the key sources of Toronto’s revenue – 1 percentage point generally raises about $30-million.

Mr. Tory said staff are scouring the city’s expenses for savings, holding out the possibility that the overall shortfalls could be reduced somewhat. He did not rule out layoffs, but said he is determined to protect essential services. And he suggested the city would not take the traditionally hard line on people unable to pay their property taxes.

“The mechanism you would see today involves you going in and taking some action and putting liens against their houses. That may be sort of an old fashioned inappropriate concept, given what we’re just going through here,” he said.

“There are going to be a certain percentage of people who fall on hard times or have fallen on hard times and aren’t out of them in time to pay this year’s property taxes, and we’re going to have to figure out what to do about that.” 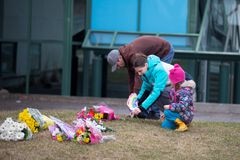 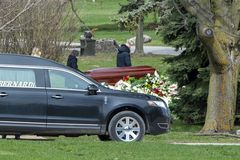 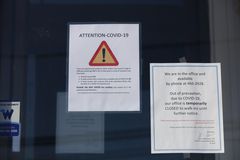