Grant Robertson
Published May 7, 2021 Updated May 11, 2021
Comments
Text Size
Please log in to listen to this story. Also available in French and Mandarin. Log In Create Free Account

Poor intelligence gathering on COVID-19, faulty risk assessments on the spread of the virus, and a Public Health Agency that lacked enough scientific expertise all helped make the pandemic worse in Canada than it should have been, a parliamentary committee heard Friday.

During several hours of testimony that was critical of the federal government’s response to the outbreak, experts in national security, public health and medicine said many of the problems with Canada’s pandemic response were avoidable. And those lessons can’t be ignored as the government tries to distil the lessons from COVID-19 in hopes of preparing the country for a future health threat.

Wesley Wark, an adjunct professor at the University of Ottawa who is an expert in intelligence gathering and security, said the government failed to conduct proper risk assessments of the virus, and did not heed early evidence in 2020 that the pandemic was a serious threat.

Countries who fared better in the pandemic – such as Australia, New Zealand and Korea – all showed signs of taking the threat more seriously early on, implementing stricter measures weeks and months ahead of Canada, including travel restrictions, border closures, physical distancing and lockdowns.

“We have a lot of lessons to learn from our global partners… One of the things that troubles me about our response is that we weren’t attempting to learn those lessons in the early stages of COVID at all,” Prof. Wark told the committee, which is examining Canada’s pandemic response.

“I think if we had taken more seriously all the evidence in front of our eyes about the spread of COVID-19 globally and had been willing to act on that, Canada could have been in a much better position to protect itself nationally and provincially by at the very latest the end of February, if not earlier than that. And certainly not having to wait to go into mid-March before we took real action.”

Mr. Wark, who worked on the Auditor-General’s report from March that was critical of the federal government’s COVID-19 response, said the silencing of Canada’s pandemic early warning system before the pandemic hit, is a good example of Canada’s lack of intelligence gathering and processing, which affected its readiness. The system, known as GPHIN, or the Global Public Health Intelligence Network, had been a key tool for Canada in gathering advance signals of outbreaks such as SARS and H1N1, but it had much of its capacity diminished before COVID-19.

“I think it speaks to a larger, frankly, cultural problem in the Public Health Agency of Canada which is that it took its sights off of global health early warning, and didn’t feel this was a priority for it. And for that reason, GPHIN was kind of put on the blocks, the risk assessment process wasn’t properly instituted, and staffed, and resourced and fully understood,” he said.

Michael Garner, a former senior science adviser at PHAC who left in 2019, said the diminishment of the pandemic early warning system is a symptom of a bigger problem within the agency, where scientists were increasingly replaced or usurped by senior bureaucrats who had no training in public health.

“GPHIN provides a nice example of, you have a group of people who are in charge of GPHIN but don’t understand that you have to keep looking for the pandemic, and the fact that you haven’t found one yet doesn’t mean you can stop looking,” he said.

“We need to remember that [PHAC] was set up because of a coronavirus outbreak [SARS in 2003]. It’s the changes that have come with the diminishment of science and the diminishment of public health expertise in the agency at the most senior of levels, that mean we’re unable to act and understand the evidence and signals that are coming.”

A Globe and Mail investigation last year detailed how the agency began to restructure GPHIN in recent years, and in 2018 started to allocate its resources to domestic projects, rather than international surveillance, meaning it was no longer watching as closely for early signs of global outbreaks. The Globe obtained 10 years of internal Public Health Agency data that showed GPHIN’s internationally respected alert system was silenced on May 24, 2019, less than eight months before the COVID-19 began spreading around the world.

Mr. Garner, now an Anglican priest who advises the church community on public health matters such as the need for vaccines, said during his time inside PHAC he witnessed a department that no longer had senior management capable of handling urgent and complex briefings from scientists, nor ensuring such threats could be communicated up the chain of command.

He traced the root of the problem back to 2014, when the Harper government installed a senior bureaucrat as president of Public Health, which relegated the role of the chief public health officer to that of an adviser. That change, which was kept in place by the Trudeau government, created a cascade effect throughout the department. Management ranks were soon stocked with civil servants with no grounding in public health, and scientific arguments could be influenced by politics, he said.

“There is an inability to brief with complexity, because the people you are trying to brief to don’t have any training in public health,” Mr. Garner said. “The advice of a doctor is hopefully going to be driven by health, whereas the advice of a bureaucrat can be balanced with politics.”

These mistakes led to the pandemic being worse than it should have been, including deaths that didn’t need to happen, Mr. Garner said. “Before things get bad, you need people in places of decision-making who can understand actually the potential for really significant outcomes and significant events.” 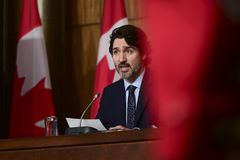