Jean-Pierre Chelhot’s mother had just died of COVID-19. As he stood outside her room at a long-term care facility, waiting for the funeral parlour employees, two of the care home’s managers came to remind him that he still owed accommodation for another two months – a total of $10,000.

“It was inappropriate and unacceptable. My mother’s remains weren’t even out of the room yet,” Mr. Chelhot recalled in an interview.

The facility, the Valeo long-term care home near Montreal, has now suspended that billing policy for the duration of the pandemic.

Mr. Chelhot’s displeasure remains, however. And his concerns are not unique. The COVID-19 pandemic, which has killed 4,557 Quebeckers living in elder-care homes, exposed clinical shortcomings in those facilities, such as the shortage of staff and protective gear.

It has also raised questions about the way residential fees for long-term care (LTC) are invoiced when families mourn dead parents and face job uncertainties.

Under the Quebec Civil Code, private care homes can charge residential fees for up to two months after a resident’s death or departure. While homes such as Valeo suspended the practice, they can bring it back any time.

Some families hadn’t even planned on committing parents to such facilities. However, when the pandemic struck, the Quebec government, fearing that hospitals would be overwhelmed, transferred hundreds of elderly patients to LTC homes.

Among them was 90-year-old Genisio Apponi, who was recovering in hospital from broken hip and thigh bones. His family wanted to send him to rehabilitation, but they were told he should be admitted to a LTC home.

“They did not offer any other options like home-care support or even allow the time for us to research those options on our own. We agreed to a temporary transfer,” his son Gino said.

After being given a list to choose from, they consented to send Genisio to CHSLD des Seigneurs, a LTC home near Montreal.

A week after his admission, he came down with COVID-19 and was hospitalized for three weeks. His family was invoiced for the whole $1,947 monthly accommodation fee.

Genisio is now back at the LTC home because he has been weakened by his illness.

“He was never supposed to go to a [long-term care home]. He was caught up in the emergency of emptying hospitals. In his case, we feel prematurely, before he was given proper rehab,” Gino said.

He appealed the bill to the commissioner to public complaints at the regional health board. But she said the fees were properly charged because his father had to be admitted to a care facility promptly, even if it was on a temporary basis.

In an e-mail, Health Department spokesman Robert Maranda said the government is mulling steps to ensure patients don’t have to pay additional costs linked to the pandemic. One example would be the cost of a private room if someone had to be quarantined.

This would not address the Apponis’ complaint that they had to pay for an LTC home stay they never considered in the first place.

LTC accommodation fees have long been a point of contention. In a report last month, the Quebec Ombudswoman said the formula to calculate those fees is outdated.

The monthly residential charge in Quebec public LTC homes ranges from $1,947 to $1,212.

People can apply for a reduction. However, application criteria haven’t been updated since 1983, so that couples don’t qualify for reductions if they own more than $2,500 in liquid assets or a home worth more than $40,000.

One of the report’s authors, Michel Clavet, said in an interview that this has forced some couples to divorce and divide their assets so they can afford reduced fees. “It’s very cruel,” he said.

Quebec LTC homes are known by the abbreviation CHSLD. There are three kinds of CHSLD: public, privately owned but contracted with the government, and fully private.

The first two types are considered health facilities and charge accommodation by the day a resident lives there.

Like the other two categories, fully private LTCs are licensed, provide medical care and call themselves CHSLD. But they are considered private lodging. “They can dictate their own administrative and accommodation rules,” Health Department spokeswoman Marjorie Larouche said.

Tenancy rules for care homes that aren’t part of the health care system are governed by provincial laws which, under the Civil Code, allow operators to charge up to two months of rent after getting a cancellation notice.

Confusingly, a spokesman for the Quebec Rental Board told The Globe and Mail that the Civil Code sections on care-home tenancy don’t apply to CHSLD homes.

In any case, CHSLD Valeo said it relies on tenancy laws when it asks for two months of accommodation after cancellation.

When that happened to Mr. Chelhot, he wasn’t just grieving the April 24 death of his 84-year-old mother, Houda Arjane. He was also unhappy at the way Valeo handled the outbreak that eventually killed 20 residents. He said his mother told him the staff initially weren’t wearing masks.

Isabelle Rondeau, whose mother, Huguette Martel, also died of COVID-19, said her family was also told by Valeo that they would be invoiced for two more months.

By comparison, Ontario LTC accommodation fees, known as co-payments, stop on the resident’s day of death or discharge.

Other Ontario private care homes operate under tenancy laws, but owners can’t invoice for more than a month after getting a cancellation notice, said Jane Meadus, a lawyer with Toronto’s Advocacy Centre for the Elderly.

Negotiating such intricacies during a pandemic was painful for people such as Luc Sanders, whose 90-year-old mother, Dorothy Adam, died on March 24 at a seniors’ home east of Montreal.

Mr. Sanders and his siblings were told to empty her room before the end of the month, lest they be charged for another month.

He said they wanted to comply, but received no guidelines on how to respect the quarantine rules. “My siblings and I lived through hypertense moments on Zoom,” he said.

They eventually hired movers, whom they instructed to wear masks. “I hope no other family had to live what we experienced.”

Opinion
Vulnerabilities in governance of public health and COVID-19
July 10, 2020 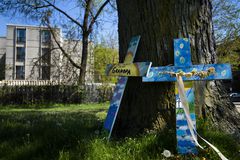 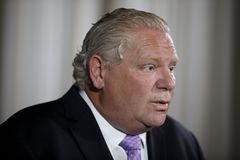