Ashley Murie isn’t in Girl Guides or swimming lessons any more. The 11-year-old’s only extracurricular activity, the only thing she wants to do, is ringette, a sport she began playing nearly five years ago.

Without the sport this fall, Ashley’s life would be only “school and home,” says Kristi Murie, Ashley’s mother, who works in finance in Toronto.

Comfortable with the health and safety measures adopted by the local association – Ms. Murie is on its executive committee – including grouping players into bubbles who will maintain two to three metres of distance from one another at all times, and knowing the physical and social benefits of participation, Ms. Murie is signing her daughter up to play this fall.

With extracurricular activities cancelled at many schools across Canada because of COVID-19, parents are debating whether or not to enroll kids in their favourite activities outside of school. Although they are anxious to some degree, many parents say they want a return to normality for their children, and for them to enjoy the physical and mental benefits of playing sports. But a steep drop in enrolment in some programs is a sign that some parents are choosing caution over extracurriculars.

Whether families enroll their children in extracurricular activities will depend largely on their tolerance for risk and anxiety levels, says Dr. Mark Tremblay, director of healthy active living and obesity research at the Children’s Hospital of Eastern Ontario. With many children grouped into cohorts at school, enrolling them in extracurricular activities means there will be “bubbles overlapping with bubbles and all of a sudden the exposure is that much greater,” he says.

The risks of contracting the virus and the severity of symptoms are generally lower for children than adults, but the more people anyone is in contact with increases their chances of being exposed to the virus, Dr. Tremblay says.

Given the clear benefits for their health and well-being, even families who won’t sign their kids up for extracurricular activities should encourage them to engage in physical activity of some sort, he says.

If it wasn’t for COVID-19, Valerie Smith’s two children, ages 4 and 2, would be in swimming and skating this fall. But she won’t be signing them up because of the health risks.

“Given that no one really knows what will happen this fall once school starts, I think extracurricular activities are a write-off for the fall but I’m remaining optimistic for the winter,” says Ms. Smith, a daycare owner who lives in Ottawa. “If 30 classmates are each enrolled in one activity with another 15 children, all of our social-distancing efforts will be wasted. We’ve all put some significant measures into place and given up so much, going the opposite route at this point seems quite irrational. I can certainly understand the need for a sense of normalcy, but at what cost?”

At Spartan Gymnastics, enrolments for fall are currently at 10 to 15 per cent of what they would normally be, says Eugene Bilykh, director of the 20,000-square-foot facility in Toronto.

He says concerns over COVID-19, and the economic impact of the pandemic that has likely led many families to cut extracurriculars for kids out of their budgets, are responsible for the drop.

“I’m anticipating a maximum of 50-per-cent enrolment if people actually start coming out in the fall,” he says.

But other programs across Canada are booming.

Some parents who have signed their kids up for the company’s programs have been nervous, “and rightfully so,” Mr. MacKenzie says. “But most were fine with it as long as we were able to show some protocols and that we were taking the necessary steps.”

Jeff Rowell is eager for his kids to participate in extracurriculars this fall. His three sons, ages 15, 13 and 6, are avid hockey players. His nine-year-old daughter plays ringette and soccer.

“We want them to be physically active,” he says. “And I think it’s important for them to get back to their norms. This gets them back a little bit to where they left off, and back to life as normal as possible.”

Parents who aren’t comfortable sending their children to group activities appear to be causing a spike in private lessons.

Anita Ma, a stay-at-home mother in Toronto, will be sending her son to lessons through the company this fall after starting in the summer.

Ms. Ma is anxious about COVID-19 – “I’ve been petrified,” she says – and private lessons help put her at ease. “If I were to look for another swimming program to sign him up in I’d have to think about what are their COVID protocols? What are their class ratios? Am I allowed to be a spectator?”

She is still a little anxious about sending her son to private lessons, but, she says, “life has to go on.”

Ms. Murie shares that attitude. Ashley has been staying in touch with friends from ringette on social media, but she wants her to be with her friends and get back to life before the pandemic as much as possible.

“They FaceTime all the time, but it’s not the same as being on the ice,” Ms. Murie says.

Parents in court demanding Quebec offer remote learning option for all who want it
September 4, 2020 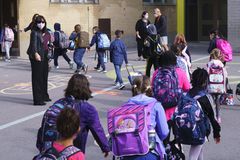 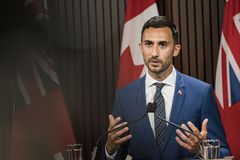 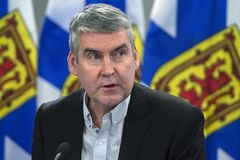