For Spencer Fehrenbacher, the uncertainty is the hardest part.

The day after he was tested aboard the Diamond Princess cruise ship for the novel coronavirus disease, when it was announced 10 passengers were positive and had been taken to hospital, the Fort Langley, B.C., resident assumed he was in the clear.

“We learned later that they had only processed about 30 of 273 samples,” said Mr. Fehrenbacher, a 29-year-old Canadian permanent resident studying in Tianjin, China.

“All of a sudden, those fears and doubts of whether I was going to test positive came rushing back into my head. Then rinse and repeat that for Day 2, when they announced another [10], and Day 3 was the most difficult, when they said there were 41 [more].”

As of Wednesday, the cruise liner had been under quarantine at the Daikaku Pier Cruise Terminal in Yokohama, Japan, for eight days. Of 492 people tested so far, 174 have been found to be positive – 35 per cent. There are 255 Canadians aboard; of those, at least seven have tested positive.

Princess Cruises confirmed there were a total of 2,666 passengers and 1,045 crew members on board; those who tested positive were immediately taken to hospital.

Meanwhile, passengers including Mr. Fehrenbacher and his three friends are trying to stay optimistic and stuck in their staterooms, where they are expected to stay until at least Feb. 19.

Two other cruise ships have had their sailings or port clearances derailed by fears of the coronavirus, now called the COVID-19.

Dream Cruises’ World Dream ship was quarantined in Hong Kong for four days while authorities checked passengers for the virus after it was found that several passengers who had disembarked in late January tested positive. And Holland America’s Westerdam cruise ship is finally set to dock Thursday in Sihanoukville, Cambodia, after being turned away by Thailand, the Philippines, Taiwan and Japan despite having no confirmed or suspected cases.

As of Wednesday evening, there were more than 60,000 confirmed COVID-19 cases and 1,300 deaths globally, with the vast majority in China.

“We have also established lines of communication with IMO, the Cruise Lines International Association and the major cruise operators to ensure we have accurate information and can provide the right advice. WHO has published guidance on how to handle public-health events like this on ships, and we urge countries and companies to follow that guidance.”

In quarantine, Mr. Fehrenbacher feels his situation is “going pretty well, all things considered.” Using free WiFi, he has posted daily video updates on Instagram, garnering responses from family and friends – some of whom he hadn’t talked to in many years.

He and his three travel companions are sharing two neighbouring rooms that are connected by a balcony. They have watched movies and television shows, read, played card games and listened to music.

“The four of us have been able to spend time together and, up until this morning, our view, we had sunshine from about 8 a.m. to 6 p.m. every day, and that was very, very nice,” he said.

“Unfortunately, the ship has docked differently – we were out at sea all night – and now we’re docked the other way. Our view changed from the city of Yokohama and boats on the water to a slew of ambulances, fire trucks, reporters, pallets with supplies being loaded on, and a bunch of people in [hazardous materials] suits. It’s a little bit of a different vibe on this end.” 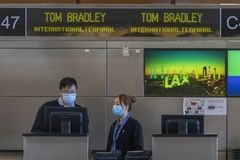 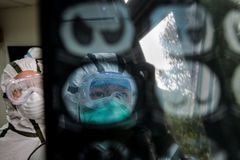 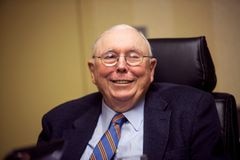