A Vancouver clinic that prescribes medical-grade heroin to treat opioid addiction is allowing some patients to take home doses – a small but significant step in a province that is cautiously opening the door to a safer drug supply.

About 90 patients currently access prescription heroin (diacetylmorphine) at the Providence Crosstown Clinic, attending the clinic two or three times a day to inject under medical supervision.

During the pandemic – spurred by physical-distancing constraints and to support patients required to isolate – staff began delivering a day’s worth of syringes to some patients. By July, about a dozen patients were permitted to visit the clinic for their first dose of heroin and take the remaining one or two home, in a North American first.

Editorial: How Conservatives and Liberals would tackle Canada’s epidemic of drug overdoses

Scott MacDonald, physician lead at the Crosstown Clinic, said it had been clear for some time that some patients needed more flexibility in treatment to work jobs and care for family. But fear of something going wrong kept the program under a supervised model – until the pandemic forced a change.

“COVID forced a loosening of regulations to allow more carries and risk-mitigation prescribing. There was no increase in mortality, and people reported satisfaction with more flexible dosing options,” Dr. MacDonald said.

“With that, we were able to show that this doesn’t have to strictly be in a medical setting, that it is safe and possible to provide care outside of the clinic.”

Patients who are considered for “carries,” or take-home doses, must be in stable living situations – housed and employed or in school, for example. They must be able to safely transport, administer and store their carries and medical supplies, and a lost or stolen dose is not replaced the same day.

The move comes as British Columbia prepares to implement a provincewide directive to provide pharmaceutical alternatives to toxic street drugs. More than 7,760 people have fatally overdosed in the province since 2016, peaking at an unprecedented rate of 38.9 for every 100,000 people so far this year.

With this surge in deaths driven by a volatile drug supply awash with unpredictable amounts of fentanyl, benzodiazepines and other substances, the province is mandating all health authorities to develop and support “safer supply” programs through which people who use drugs can be prescribed regulated alternatives to substances purchased on the street.

Prescribed safe-supply drugs such as fentanyl patches or tablets and injectable hydromorphone – as well as related pharmacy services – will be covered under PharmaCare, the province’s drug plan. However, the province has remained mum on heroin. Stimulants are expected to be added at a later date.

One Crosstown client has worked as a unionized boom operator in the film industry for more than 20 years. The Globe and Mail is not naming the man because he fears employment repercussions from his substance-use disorder.

At his lowest, he was homeless, living in “total and utter chaos” and struggling to keep his job, he said. Getting onto Crosstown’s heroin program five years ago turned his physical and mental health around, but showing up to the clinic twice a day still posed challenges working in an industry where 15-hour days are common.

“It was very, very difficult to go from a location site to the clinic and back to the location within a reasonable amount of time,” he said.

“Quite often I would have to turn down calls because I couldn’t jeopardize my name in the union, or in the sound department, by possibly not making it a smooth day. You can’t just leave. If you get known as the guy who does that, sound mixers won’t hire you. And I don’t blame them.”

He now presents to the clinic before work and takes his second dose with him. “Now, I have nothing holding me back,” he said.

Donnie Cinnamon, 63, described his similarly dire situation before beginning the program at Crosstown, recalling he was shoplifting “and stuff like that” to get his fix for the day. Pharmaceutical heroin stabilized him, but needing to be at Crosstown three times a day, three hours apart, meant he was tied to the clinic for at least half a day.

Receiving carries has enabled him to work full shifts again, he said. He recently completed a first-aid course and is staffing the front desk of a supportive-housing building.

“It really helped me, this program. I stopped using street dope and all that,” Mr. Cinnamon said.

“I see all these people down here using, and their lives are all screwed up. I don’t want to be like that any more. I’m getting older, and it’s time to have my life where I can manage it.” 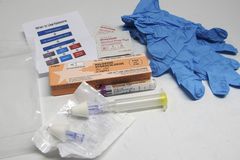 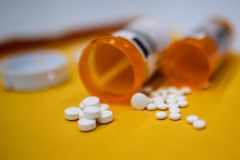 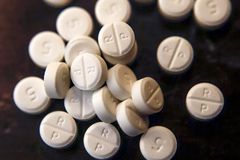