Convicted teen killer and serial rapist Paul Bernardo is set to have another parole hearing this month.

The Parole Board of Canada says the hearing is tentatively scheduled for June 22.

Now 56, Mr. Bernardo became eligible for parole more than three years ago but was denied release at a hearing in October 2018.

At the time, he said he cried over what he had done and had improved himself.

The parole panel, however, said he showed little insight into his crimes.

“What I did was so dreadful. I hurt a lot of people,” Mr. Bernardo said then. “I cry all the time.”

Dubbed the “Scarborough Rapist,” Mr. Bernardo is nearing three decades in prison, most of it in solitary. He was convicted in 1995 of first-degree murder, kidnapping and aggravated sexual assault among other offences.

His crimes over several years in the late 1980s and early 1990s, some of which he videotaped, sparked widespread terror and revulsion.

Among his brutal acts, Mr. Bernardo and his then-wife Karla Homolka kidnapped, tortured and killed Ms. Mahaffy, 14, of Burlington, Ont., in June, 1991, at their home in Port Dalhousie, Ont., before dismembering her body, encasing her remains in cement and dumping them in a nearby lake.

They similarly kidnapped and killed 15-year-old Ms. French in April, 1992, after torturing her and ignoring her entreaties over three days.

The lawyer who has represented the French and Mahaffy families did not immediately respond to word of the new parole hearing.

At his last hearing, Mr. Bernardo, incarcerated at Millhaven penitentiary in eastern Ontario, argued low self-esteem drove him to commit the crimes he said he now rued and that he no longer posed any threat to the public.

The parents of two of his murder victims, who have long argued the designated dangerous offender should never be released, made impassioned pleas he be kept behind bars.

“How does one describe such immeasurable pain so as to give even the slightest understanding of the overwhelming sadness, the emptiness, and pain we feel even after 26 years of dealing with our loss?” Ms. French’s mother, Donna French, said then.

The panel took about 30 minutes to reject Mr. Bernardo’s request for both day and full parole.

Mr. Bernardo, who ultimately admitted raping 14 other women, was also convicted of manslaughter in the December, 1990, death of Homolka’s younger sister, Tammy. The 15-year-old girl died after the pair drugged and sexually assaulted her.

Advocates call for mental health assistance for jurors on anniversary of Stafford verdict
Subscriber content
May 11, 2021 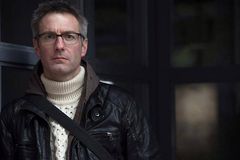 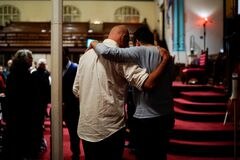 Parents of teen girls killed by Paul Bernardo seek to obtain his file with the parole board
Subscriber content
April 23, 2020 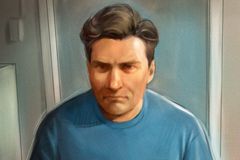