A tiny town on the southern coast of Newfoundland and Labrador is closing its doors after two cases of COVID-19 were confirmed there on the weekend.

Harbour Breton mayor Georgina Ollerhead says many in the community of about 1,600 people on Newfoundland’s Connaigre Peninsula are older and more vulnerable. “So one case of COVID is one too many,” she said in an interview Monday.

Public health officials were in touch on the weekend to let her know about the two cases in the community, she said. With the source of one of the infections in the region still under investigation, Ollerhead and her council asked residents to stay home as much as possible and only go out for essential needs like groceries.

The town also asked local non-essential businesses to shut down and closed its own office and fitness centre. Both of the community’s schools were closed Monday, too.

“The issue is that we don’t know a source of where this virus came from,” Ollerhead said. “Until we find out more, we’re just asking residents to follow the direction of the town council.”

New Brunswick, meanwhile, is lifting restrictions in Moncton and Fredericton thanks to a declining COVID-19 caseload.

The two areas will return to the less restrictive “yellow” level of precautions.

But officials in New Brunswick are reminding residents that the situation in other provinces remains grim, so it’s not yet safe to let down their guard.

Atlantic Canada’s other island province is also hunkering down in light of confirmed cases whose origins have not yet been traced.

The province has declared a two-week “circuit-breaker” lockdown after seven new cases of the virus were reported over the weekend. Under the new measures – which took effect Monday as four new cases were announced – restaurant dining rooms, fitness facilities, bingo halls and libraries must close, organized gatherings are limited to no more than 10 people and stores must limit capacity to 50 per cent.

Though the new case numbers in P.E.I. seem low in comparison with other provinces, Dr. Allison McGeer, an infectious disease physician at Sinai Health in Toronto, said there is an advantage to acting decisively early on.

“It saves you from an ongoing outbreak,” she said. “Even though it seems like going overboard and a lot of work, if it’s done well, there are tremendous benefits.”

Susan Kirkland, a professor in the department of community health and epidemiology at Dalhousie University in Halifax, said communities don’t get a second chance for an aggressive start.

“Once COVID gets out of control, as it has in many other provinces, you can’t back up. If you take a very hard, very aggressive approach early on, you have the potential to get back to zero,” Kirkland said.

“Every other province, except those in the Atlantic region, has lost this opportunity,” she added.

Kirkland noted that COVID-19 numbers in Nova Scotia have begun to fall after that province recently announced new measures, including pop-up clinics and rapid testing.

“The circuit-breaker measures that came into effect this morning are important in helping to break the chain of transmission and contain the spread of COVID-19 in the province,” Morrison told a briefing in Charlottetown.

“If we do not act now, it may take us longer to recover, and we will have more devastating impacts for individuals, families, communities and our Island society as a whole,” she said.

All Islanders between the ages of 20 and 29 are being asked to get tested for COVID-19, even if they have no symptoms. Morrison said there has been an increase in cases in that age group across the country, and she felt it was important to take action when she saw similar growth in cases on the Island.

As part of the new restrictions, visitors are not allowed in hospitals, long-term care or other Health PEI facilities, except under compassionate circumstances. And high schools on the Island have moved to online learning.

Provincial health officials opened a testing clinic Monday in Stratford, and the hours of operation are being extended for similar clinics in Charlottetown, Summerside and Montague due to increased demand.

There are currently 14 active cases on the Island, and there have been 84 cases in the province since the pandemic began. Nobody on the Island had died from the disease. 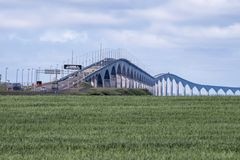 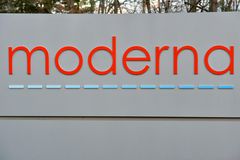 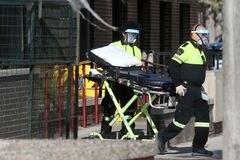