The Green wave many thought could bring the party to power on Prince Edward Island turned blue at the polls Tuesday.

Voters elected the Progressive Conservatives to a minority government, the province’s first since the 1800s. The Greens placed second, its best showing ever in Canadian provincial politics. The Tories were elected in 12 ridings, while the Greens took eight. Fourteen seats are needed for a majority.

The incumbent Liberals fell to five seats. Premier Wade MacLauchlan, who made history when he was elected as the province’s first openly gay premier in 2015, lost his district of Stanhope-Marshfield. “It’s something that happens in politics,” he told reporters Tuesday night. “The tide has changed.”

The outcome marked historic progress for the Greens, which will form the party’s first Official Opposition in Canada and won the most seats ever by a Green Party in any province. But the results also flouted recent polls indicating that the party was riding a swell of support that might allow it to form the Greens’ first provincial government in Canada.

The PC victory keeps intact a long-standing Island tradition in which the Liberals and Progressive Conservatives have traded turns in government after three consecutive terms each (with one exception in 1978). It also represents the latest in a series of gains for right-leaning parties, including wins in Alberta, Quebec, New Brunswick and Ontario – all within the last year.

PEI Tory Leader Dennis King, a former communications adviser to premier Pat Binns, was elected to helm the party just two months ago. His platform focused on reassuring voters their concerns they had lost their voice in government were being heard.

Mr. King worked hard to reassure farmers and rural voters, who appeared wary of the Green Party at public debates. He promised access to mental health and other health services, the hiring of more teachers and classroom assistants, a new housing plan and to consider adding public transit to the island.

The premier-designate admitted to being overwhelmed as he took the stage in front of supporters in downtown Charlottetown.

“Once again the people of PEI have spoken. Now it is our mission to ensure their wisdom and truth was not misplaced."

Support for the Liberals, and specifically Mr. MacLauchlan, waned for more than two years. Public opinion polls conducted by the Halifax-based firm Narrative Research showed respondents preferred Mr. Bevan-Baker to the Premier back in March, 2017.

Since then, Mr. Bevan-Baker, a descendant of George Brown, the original publisher of The Globe, has remained the island’s most popular leader.

Mr. Bevan-Baker was choked up as he took the stage Tuesday night in front of hundreds of cheering supporters.

“I don’t think I’ve ever felt as overwhelmed with both joy and grief simultaneously,” Mr. Bevan-Baker said, making reference to the party’s historic outcome but also the tragic loss of one of its candidates over the weekend. “My heart is so full. But it’s also breaking.”

He went on to say he is “a strong believer in the capacity of minority governments to create a collaborative environment” in which constituents come before competing party interests.

Mr. Bevan-Baker’s promise to do politics differently on the island was a central pillar of the Green campaign, which was built to emphasize what Mr. Bevan-Baker called “people who sound more genuine.” His presence at debates and on doorsteps often featured more hugs than handshakes and he even once stopped to fix a woman’s tooth who approached him for help while on the campaign trail.

The outcome of one district will remain unclear for several weeks until a by-election can be held. The weekend canoe death of Green Party candidate Josh Underhay and his young son ground the campaign to a halt for all four parties over the weekend.

Citing legislation, Elections PEI announced the cancellation of Tuesday’s vote in Charlottetown-Hillsborough Park, the district in which Mr. Underhay was running. A by-election will be held in the district sometime in the next three months.

A slim majority of Prince Edward Island voters have also rejected a switch to a proportional representation electoral system, though it remains unclear how the province’s new government will respond.

The question asked voters to vote on whether the province should move from the first-past-the-post voting system to mixed member proportional (MMP) representation. Under MMP, voters would get two votes on election day. One vote would be cast for a seat in the voter’s constituency and a second vote would be cast for a political party. The aim of MMP, according to the information website Referendum PEI, is “to assign seats in a legislature in the same proportion as parties receive votes in an election.”

No province in Canada has made the move to an MMP system, although New Zealand adopted it as that country’s electoral system in 1994. 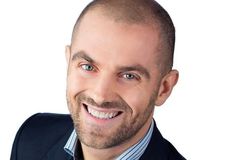 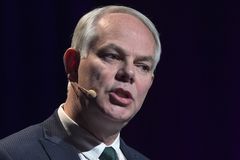