The percentage of COVID-19 cases in Quebec among people over the age of 70 is increasing, but the number is significantly below what was reported during the peak of the pandemic’s first wave.

However, Dr. Quoc Dinh Nguyen, a gerontologist and epidemiologist at the Universite de Montreal hospital centre, said he’s still worried about the rise in cases among the elderly.

Data from Quebec’s national public health institute indicates 18.4 per cent of Quebecers with active COVID-19 cases since Nov. 22 were over the age of 70, up from 14.9 per cent the previous week.

In September, 9.5 per cent of COVID-19 cases involved seniors, while in the first 24 days of November, it was 14.4 per cent. But that number is far below what was reported during the peak of cases last spring, when seniors over 70 years old accounted for 35.2 per cent of total COVID infections in Quebec.

More than 90 per cent of people who have died in Quebec from COVID-19 were over 70, according to public health institute data.

Many seniors who haven’t caught the virus are faring badly as a result of the pandemic and the efforts to slow its spread, said Nguyen, who headed a team of experts appointed by the government last spring to improve COVID-19 prevention measures in long-term care homes.

“They are more stressed out and worried about contracting COVID, righteously so because the chances of having a severe form of the disease is much greater,” he said. “So they’re very worried, so they really respect this whole idea of social distancing and not seeing anyone, but they’re also the most vulnerable to all of these new measures because, as we age, we’re more vulnerable to anything that will disrupt our baseline activities.”

People who are at the threshold of losing mobility or have few contacts will be more affected by those changes than others, he said. Nguyen said he and other gerontologists are still seeing the effects of the first lockdown in their patients.

He said the government needs to do a better job of explaining to older people what activities are risky and how much risk those activities involve. Nguyen said he would also like to see health authorities focus on controlling the number COVID-19 infections in people over 70 and in health-care workers, rather than focusing on schools and the general population.

“What we’ll remember about COVID is not going to the number of schools that had COVID – it’s going to be the number of nursing homes residents who’ve died,” he said.

Syeda Nayab Bukhari, program co-ordinator at the Telehealth Intervention Program for Isolated Older Adults in Montreal, said many people using her services are feeling increasingly isolated as a result of the pandemic.

Bukhari said volunteers in the program, which is run by the Jewish General Hospital, have told her that the older adults they speak to are no longer able to see friends, neighbours and family members and that some have lost friends to COVID-19.

Mental health is a serious issues among older people, Bukhari said. “Some of them are struggling with other mental health issues, for example, stress, late-life depression, dementia,” she said in a recent interview. “Losing that connection with the outside world makes it worse.”

But Nguyen said that’s an arbitrary cutoff. “The need to reinforce infection prevention control, screening, isolation and all of that starts as soon as there’s a single case,” he said. “If we get to 25, 50 per cent, it’s because something has not been done correctly.”

Meanwhile, public health officials in Montreal said that hospital facilities – which already have a shortage of workers – will face a particular challenge over the holidays.

Sonia Belanger, the CEO of the regional health authority that covers much of central Montreal, told reporters more than 200 health-care workers have active cases of COVID-19, while she said more than 150 are waiting for test results.

Quebec reported 1,100 new COVID-19 cases Wednesday and 28 more deaths attributed to the virus, including 12 that occurred in the past 24 hours. The province has reported a total of 135,430 cases of COVID-19 and 6,915 deaths linked to the virus. 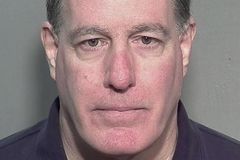 National child-care program could ‘pay for itself’ by getting parents back in the work force, report says
November 25, 2020 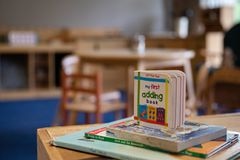 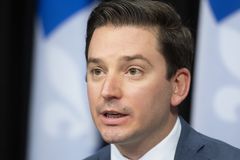