A former top policy adviser to Ontario Premier Doug Ford has registered as a lobbyist for a pharmaceutical company that is trying to persuade the provincial government to keep funding the country’s most lucrative drug.

Greg Harrington, who played a senior role on government health files, registered as a lobbyist for Janssen Inc. on Jan. 31. During his time in the Premier’s Office, Mr. Harrington said he met with Janssen officials once or twice over concerns the province would force patients on government-sponsored drug insurance to switch from the company’s drug Remicade – an intravenous treatment for rheumatoid arthritis, Crohn’s disease and ulcerative colitis – to cheaper alternatives called biosimilars.

Mr. Harrington is the latest in a group of lobbyists with close ties to Mr. Ford and his Progressive Conservative Party that Janssen has enlisted to help dissuade the Ontario government from following British Columbia and Alberta’s lead and covering only the biosimilars of Remicade.

Mr. Harrington, who left the Premier’s Office in August and set up a consulting company in November, said he is following all the rules. He said he received clearance from the Office of the Integrity Commissioner to advocate on behalf of Janssen, saying the ethics watchdog has asked him to seek guidance when taking on clients

“I’m behaving according to the ethical rules that are in place for Ontario,” he said.

Duff Conacher, co-founder of Democracy Watch, said Mr. Harrington’s role as a lobbyist targeting public office holders he recently worked with is a conflict of interest.

“It turns public policy-making, which is supposed to be a public-interest, merit-based process, into a best-government-money-can-buy process where influence can be bought,” he said.

Under conflict-of-interest rules for former ministerial staffers, Mr. Harrington is under a 12-month ban on lobbying Mr. Ford and staff in the Premier’s Office. However, he faces no restrictions for lobbying Health Minister Christine Elliott, her staff or bureaucrats in the Ministry of Health.

Mr. Harrington’s lobbying targets are Ms. Elliott, several other cabinet ministers and their staff, according to Ontario’s lobbyist registry. His goals include educating decision makers about allowing Remicade to co-exist with biosimilars “to maximize cost-efficiency for taxpayers while maintaining services and providing optimal care for patients.”

Michelle Renaud, a spokeswoman for the Integrity Commissioner, said the office does not comment on individual situations. But she said the Commissioner has provided direction to former Premier’s Office staffers who became lobbyists on how to comply with postemployment rules, which include not seeking preferential treatment.

Janssen declined to answer specific questions about its lobbying practices, but spokeswoman Jennifer McCormack said in an e-mail that when the company retains third parties to interact with the government, “those third parties must adhere to our principles of openness, transparency, honesty and integrity.”

Janssen has also retained lobbyists at Upstream Strategy Group since the fall of 2018, including Michael Diamond and Patrick Tuns, who had senior roles in Mr. Ford’s PC leadership bid and the election campaign. Last summer, Janssen hired lobbyist Patrick Harris of Rubicon Strategy, who sits on the PC Party’s executive. Rubicon is led by Kory Teneycke, who managed the party’s election campaign and is close to Mr. Ford.

Janssen is not the only drug maker that has turned to outside lobbyists on the biosimilar file. Pfizer, whose biosimilar Inflectra is an alternative to Remicade, hired Loyalist Public Affairs between April and November. The firm is headed by Chris Froggatt, who was vice-chair of the PC election campaign and a close adviser to Mr. Ford.

The stakes are high for Janssen because of how a new approach to biosimilars in Ontario is likely to affect sales of Remicade, the top-selling drug in Canada by revenue in 2018. Janssen, a unit of Johnson & Johnson, sold more than $1.1-billion worth of Remicade, while second-place Humira, which treats the same diseases, logged sales of about $822-million.

Last year, B.C. and Alberta announced they would stop covering Remicade and a handful of other original biologic drugs, forcing patients with government-sponsored coverage to switch to biosimilars.

Biosimilars are almost like generics – less-expensive versions of original biologics whose patents have expired. Health Canada and drug regulators around the world say biosimilars are as safe and effective as the drugs they mimic.

Ontario’s Ministry of Health began consulting on a new biosimilar policy in November, and officials have so far met with more than 60 stakeholders, a spokesman said.

Enforcing wider use of biosimilars could save a lot of money for the Ontario government, which spent $1.1-billion on biologic medications in 2018, almost three times the $359.9-million it spent in 2010.

A recent study by the Ontario Drug Policy Research Network found that of 3,905 patients taking provincially funded infliximab – another name for Remicade – in the second quarter of last year, only 539, or 13.8 per cent, were taking a biosimilar version – despite the fact Pfizer’s Inflectra and Merck’s Renflexis were selling for list prices of $525 and $493 a vial, roughly half Remicade’s $987 list price. (List prices do not reflect the secret discounts that are now commonplace in the pharmaceutical industry.)

Janssen has said repeatedly that it would be willing to lower Remicade’s price for government payers, but only on a confidential basis. 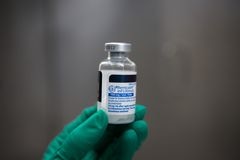 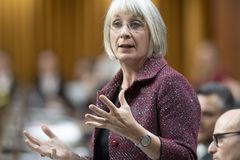 Follow Jill Mahoney and Kelly Grant on Twitter @jillsmahoney @kellygrant1
Report an error Editorial code of conduct
Due to technical reasons, we have temporarily removed commenting from our articles. We hope to have this fixed soon. Thank you for your patience. If you are looking to give feedback on our new site, please send it along to feedback@globeandmail.com. If you want to write a letter to the editor, please forward to letters@globeandmail.com.
Comments