The COVID-19 pandemic has delayed thousands of surgical procedures across the country, including tissue biopsies needed for cancer diagnosis. But it’s also pushing demand for alternatives that allow patients to be tested for signs of tumours without even needing to enter a hospital.

As part of a new pilot called Project ACTT, more than 800 Canadian cancer patients have been tested through liquid biopsies, which involve taking a blood sample and looking for signs of tumour DNA. That federally funded project, a partnership led by Vancouver-based Canexia Health, offers the potential for a more efficient alternative for cancer testing that can save hospital resources and lower the risk of infection.

“There are some enormous benefits,” said Dr. Michael Carter, a molecular and anatomical pathologist with the Nova Scotia Health Authority, which has partnered on the pilot project. “With a liquid biopsy, the patient just has to go to any blood clinic. It’s much faster, it’s cheaper and there’s a lower rate of complications. And you could potentially start the targeted therapy sooner.”

In Nova Scotia, it means a cancer patient in Yarmouth or Sydney doesn’t have to drive three or four hours for a conventional biopsy in Halifax, Dr. Carter said. Instead, blood samples can be collected at local clinics and sent off to Canexia’s lab in B.C., where they are analyzed and the results sent back to the patient’s oncologist.

In a pandemic, when hospital resources are focused elsewhere, that’s an appealing notion – but Dr. Carter sees longer-term benefits for patients well after the COVID-19 era, including the potential to improve cancer care in rural areas. About 11 per cent of samples in the study have come from people in remote areas, where they may not have access to specialized testing typically offered in larger urban centres and academic research hospitals.

“This could be done from someone’s home,” said Michael Ball, CEO of Canexia Health. “That’s not part of this program today, but it’s something we’re talking with governments about. The technology is that simple.”

Data gathered so far suggests the liquid biopsies are as accurate as conventional biopsies, he said. It’s particularly valuable in cases of lung cancer or prostate cancer, where getting a tissue sample can be risky to the patient.

The hope is liquid biopsies, which are more widely used in the U.S., can become a fully funded procedure under Canada’s provincial health care systems, Mr. Ball said.

“As part of this study, we wanted to gather enough information to be able to say to the provincial health ministries, ‘You know what, this is as effective as tissue-based testing, which is the standard of care and largely covered by the provinces,’” he said. “We hope as the provinces get more comfortable with this technology, they’ll approve it.”

It’s not intended to replace tissue biopsies outright, but gives oncologists an alternative, Mr. Ball said. But circulating tumour DNA testing can be an effective way to use genetic biomarkers to develop specially targeted cancer treatment plans and improve patient outcomes, he said.

“New technologies take time for people to adopt. But we’ve seen a new openness among oncologists and provincial ministries to fast-track projects that may not have been seen as priorities pre-COVID,” he said.

A liquid biopsy could be used to help find cancer at an early stage, and can also be used to determine how well treatment is working – or if a patient’s cancer has come back.

One patient who participated in the study, Carla Van Wyck-MacDonald, who lives near Shallow Lake, Ont., was able to get into two clinical drug trials for her breast cancer because the test detected a specific genetic mutation in her blood, according to Canexia. Unable to travel to Toronto, she was able to draw blood at a LifeLabs near her home, and then got a call from an oncologist at the Princess Margaret Cancer Centre in Toronto.

A story shared on Canexia’s website notes the test showed the mother of four would be a good candidate for the clinical trials, and she is now hopeful her quality of life can begin to improve as a result, Ms. Van Wyck-MacDonald said.

Breast cancer now the most common form of the disease, WHO says
Subscriber content
February 2, 2021 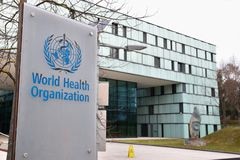 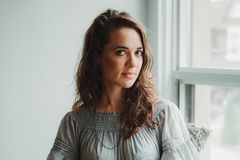