The recent conviction of a Royal Newfoundland Constabulary officer, who raped a woman while on duty after offering her a ride home, has spurred at least nine other women to contact a lawyer with complaints of sexual assault against officers from the same police force.

The new allegations, against retired and current members of the provincial police of Newfoundland and Labrador, were made public Wednesday by Lynn Moore, one of the most experienced trial lawyers in the province. She said most of the nine women she has spoken with described assaults that took place after they were driven home from St. John’s downtown bar district late at night by police officers.

“There have been seven police officers identified to me as having sexually assaulted women. Most of them are no longer working,” Ms. Moore said.

Ms. Moore said she plans to pursue these complaints through the civil courts, because criminal sexual assault cases have a very high standard of proof, especially when victims are known to have been drinking before an attack. Women who come forward in criminal court often have their credibility attacked, she said.

Ms. Moore’s comments came after the provincial police force held a news conference on Wednesday in which it said it’s trying to identify the officers. The force said earlier on Wednesday that it has identified one so far. That officer has retired, but his records are now under scrutiny, the RNC’s Superintendent Tom Warren told reporters.

“We do have a review started, and we are going to go back and review the disciplinary records of this officer,” Supt. Warren said. “If there is a criminal investigation, and if … that investigation merits criminal charges, retired or current, that officer will be held accountable for those criminal charges.”

Ms. Moore said she’s getting calls nearly every day from more women who want to share stories of assaults.

“I have a feeling we’re just looking at the tip of the iceberg,” she said. “I hope any officer who has done this, who has sexually violated a woman who is under the influence of alcohol and has not consented, I hope they’re very worried about their future.”

In May, Newfoundland was rocked by the conviction of Doug Snelgrove, an RNC constable who was found guilty of sexually assaulting a young woman he had driven home from a nightclub in 2014. It was a high-profile case that took six years to resolve and prompted protests around the province.

That conviction seems to have reduced the practice of police officers offering women late-night rides home from the bar district in St. John’s, Ms. Moore said.

“The effect that case has had on women’s safety in Newfoundland has been huge,” she said.

Ms. Moore said the conviction is what has prompted so many women to contact her. In many cases, they don’t know the name of the officer they are accusing, and none have filed police reports, the lawyer said.

The majority of the women said the assaults happened between six to eight years ago, Ms. Moore said.

In addition to the nine women who told her they were sexually assaulted, Ms. Moore said three other women said they were given rides home by on-duty police officers and were asked to “participate in sexual activity” but not assaulted. Two other women shared stories of assaults that happened to close friends. Other women who were civilian employees of the RNC have complained about violence and stalking in the workplace, she said.

She’s hoping pursuing these complaints through the civil courts can force more meaningful changes to the way the RNC hires and trains officers, she said.

“Most of my clients want to see changes,” Ms. Moore said. “I’d like to see a response that gets at the root of the problem, which is misogyny.”

Ms. Moore is a former Crown attorney who used for work for the RNC, and is married to a retired RNC officer. “I’m not anti-police. But I’m very strongly anti-violence,” she said.

The Royal Newfoundland Constabulary shares policing duties in the province with the RCMP, covering the St. John’s area as well as the western Newfoundland region of Corner Brook and part of Labrador. There are about 400 officers on the force.

Mike King, the director of the Serious Incident Response Team of Newfoundland and Labrador, the province’s police oversight agency, said he has directed the Royal Newfoundland Constabulary to send him any further information about the allegations announced Wednesday.

Newfoundland and Labrador’s police watchdog now running its own investigations and will make reports public
July 5, 2021 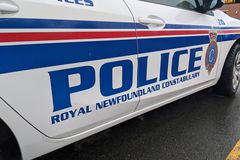 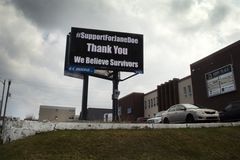 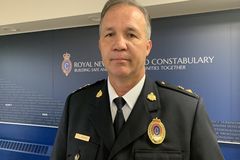 Follow Greg Mercer on Twitter @GregMercerGlobe
Report an error Editorial code of conduct
Due to technical reasons, we have temporarily removed commenting from our articles. We hope to have this fixed soon. Thank you for your patience. If you are looking to give feedback on our new site, please send it along to feedback@globeandmail.com. If you want to write a letter to the editor, please forward to letters@globeandmail.com.
Comments are closed