The harms of air pollution are not just limited to smoggy summer days when the air-quality index is bad.

Scientists are now learning that chronic exposure to even relatively low levels of air pollution may increase people’s risk of developing a whole host of chronic diseases – even those affecting the brain, said the chief of environmental and occupational health at Public Health Ontario.

Since ultrafine pollution particles can get through the lungs and into the bloodstream, Ray Copes said, “it’s quite plausible that those pollutants could … get across to the brain.”

According to the World Health Organization, air pollution contributes to an estimated 4.2 million deaths a year worldwide owing to illnesses such as heart disease, stroke, lung cancer and chronic obstructive pulmonary disease. But an emerging avenue of research suggests dirty air may also alter the way people think and behave.

In recent years, studies have linked air pollution to an array of psychological, behavioural and neurological problems, from suicide and teenage delinquency to anxiety, depression and dementia. Researchers emphasize that they are just beginning to investigate the potential effects of poor air quality on the human brain, but their findings indicate air pollution may be more harmful and more complex than previously thought.

“Every organ system can be impacted, and now we’re seeing very strong evidence the brain is also affected,” said Kim Yolton, professor of pediatrics and a director of research at the Cincinnati Children’s Hospital Medical Centre.

In a 2017 study published in The Lancet, Dr. Copes and his colleagues found Ontarians who lived near busy roadways had a higher risk of developing dementia. The study did not show a causal relationship and the increased risk was small for individuals. But at a population level, he said, their findings suggest an increased risk of dementia for many.

In Cincinnati, Dr. Yolton and her colleagues noticed a substantial increase in recent years in the rates of mental health problems in the United States. Yet, the extent of this increase could not be fully explained by well-known contributing factors, such as genetics and life experiences, Dr. Yolton said.

While others have speculated on the role social media or the stresses of modern life, she and her colleagues investigated a different idea: What if the answer was in the atmosphere?

The researchers published a new study in the journal Environmental Research, showing children who were exposed to higher levels of traffic-related air pollution were more anxious. The study examined the brain imaging results of 145 children, aged 12, and found those who were exposed to traffic pollution had higher levels of a chemical called myo-inocytol in the brain. These children also had higher scores of self-reported anxiety symptoms.

Myo-inocytol is a naturally occurring sugar molecule found in microglia cells, the brain’s “trash collectors” that clear away debris, said co-author Kim Cecil, a professor of radiology, pediatrics, neuroscience and environmental health at Cincinnati Children’s Hospital. So the myo-inocytol levels the researchers measured provided a signal that children who were exposed to high levels of traffic pollution had more debris in their brains.

“Basically, if you have more trash, you call in more trash collectors,” Dr. Cecil said.

How much do cars really pollute?

It is still unclear what air pollution actually does to the brain, but researchers believe it may be possible for pollutants to get into the organ both indirectly through the bloodstream, and directly through the olfactory bulb, the structure that lies between the nasal passages and the base of the brain, Dr. Cecil explained.

It is also not yet known which pollutants are most harmful, but in recent years, researchers have zoomed in on ever-smaller particles, from a category called PM2.5, which measure less than 2.5 micrometres in diameter, to ultrafine particles, measuring less than 0.1 micrometers, Dr. Copes said.

These particles are produced by a wide range of sources, from factories and vehicles to barbecues. Since they are defined by their size and not by their chemical makeup, the actual composition is unknown, Dr. Copes said. But it likely contains a changing stew of metals, carbons and other compounds.

It is believed these particles could harm the brain in two ways, Dr. Cecil said. Certain metals and chemicals may be toxic, and thus, cause direct damage to brain cells. They could also trigger an inflammatory response, the body’s natural defence against infection and injury, which can nonetheless also disrupt cognition and behaviour, she said. Over time, chronic inflammation may cause permanent injury, she added.

Dr. Yolton and Dr. Cecil said their findings have prompted them to try to limit their own exposure to air pollution. For instance, Dr. Yolton said she now holds her breath whenever she walks past buses. But they also emphasized much more research is needed to prove that air pollution is not just correlated with, but actually causes problems in the brain.

The lack of causal evidence, however, has not deterred Michael Mehta from warning people about the potential hazards of air pollution, including its potential risk to fetal brain development. (He pointed out, for example, some studies have linked prenatal air-pollution exposure to autism spectrum disorder in children.)

For years, Dr. Mehta, a professor of geography and environmental sciences at Thompson Rivers University in Kamloops, B.C., has been trying to change common misconceptions about air pollution through online media and local radio appearances, and to encourage the public and policy makers to take air pollution seriously.

While research and regulations tend to focus on vehicular emissions, Dr. Mehta noted that the largest source of air pollution in many rural Canadian communities is biomass burning. In Gabriola Island, B.C., where he lives part of the year and where many heat their homes with wood stoves and fireplaces, Dr. Mehta said he was surprised to find air-pollution measurements that were significantly worse than in the country’s urban centres.

Although Dr. Mehta agrees scientists still need to tease out the physiological effects of air pollution, he said there are protective measures that individuals and policy makers can take immediately, from wearing high-quality respiration masks outdoors to reintroducing mandatory vehicular emissions testing in B.C.

“Although causation is often the holy grail, it’s by no means a reason, in its absence, to not pursue timely remedial action to protect people,” he said. 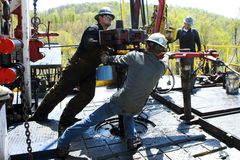 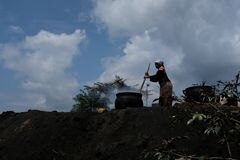 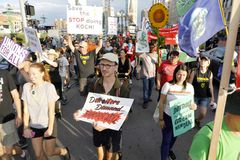